Last night Mark D came over for a long awaited game of X Wing with my new Tie Bomber.

He selected a potent Rebel force that included Wedge Antilles, a decked out B Wing and an A Wing. I chose my aforementioned Gama squadron Tie Bomber, an Academy Tie Fighter, Dark Curse and Soontir Fel - with Push the limit, of course! 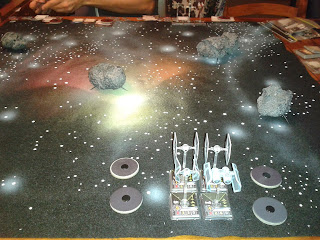 I thought I'd try to do something tricky with Soontir, intending to whiz him right to deal with that A Wing early. 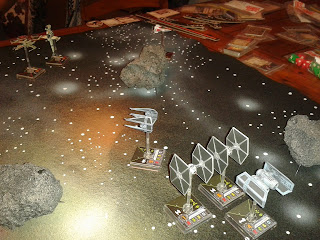 Umm, I miscalculated just how far he could move, so he zoomed to the left instead!

And then back to the right to zip past the B Wing. 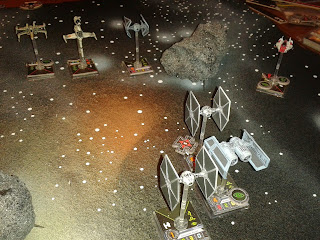 Wedge takes the first shot of the game... 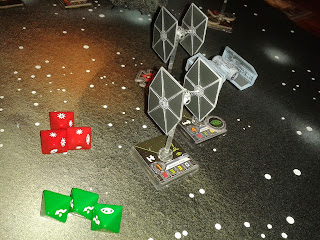 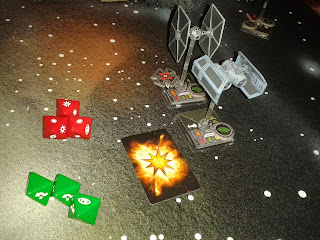 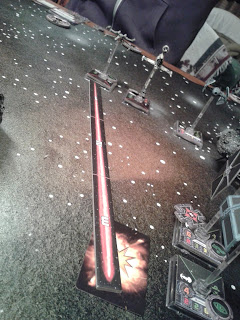 Oh, come on! And there goes the Academy pilot. 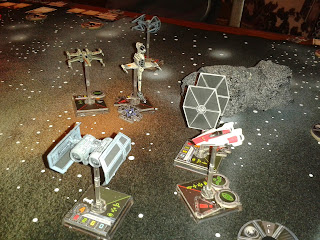 I zip Dark Curse out of the way... 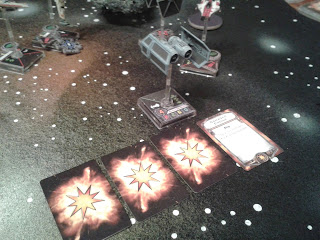 ...and the Rebels all pick on my Gamma guy!

So he drops a bomb. 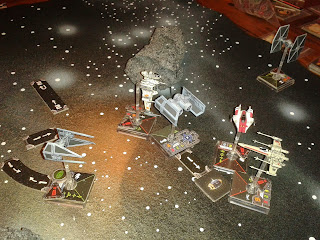 A seismic charge, to be precise. 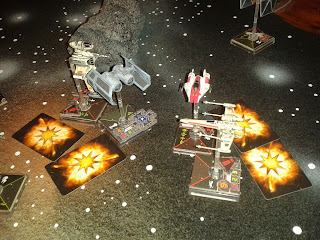 That manages to deal out hits to four seperate ships. One of which was mine!

Actually, I did that wrong. I should have dropped the charge and then moved, rather than the other way round. 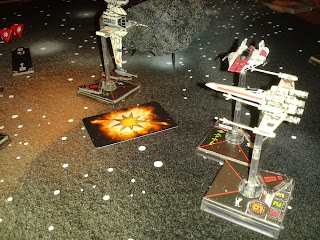 ...that was the end of that! One Tie Bomber destroyed with a complete compliment of torpedoes and missles on board. About 14 points worth - that's almost enough for another Academy Tie Fighter!

I really have to remember to target lock some stuff so I can fire my ordinance next time. 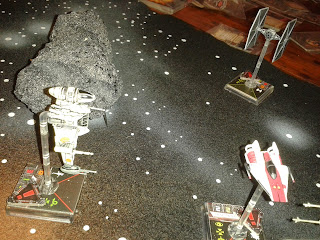 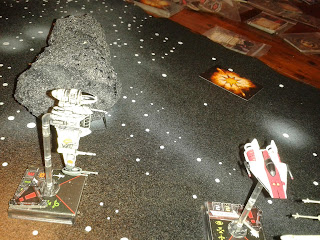 ...boom! The B Wing disposes of Dark Curse.

Which just leaves Soontir Fel. I had a bad feeling about that...(it was about here when the battery on my phone said "right, no more flash 'till I get some more juice!") 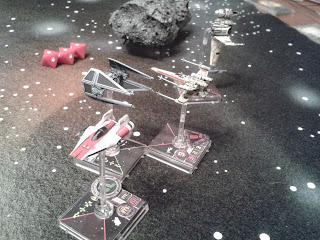 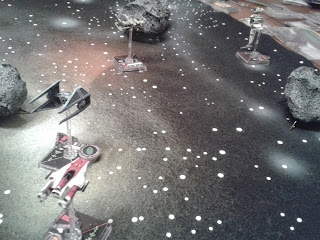 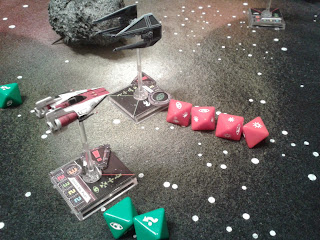 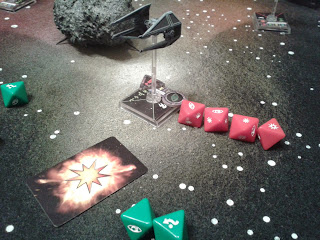 That being stated, I still thought that some discresion looked to be the better part of valour... 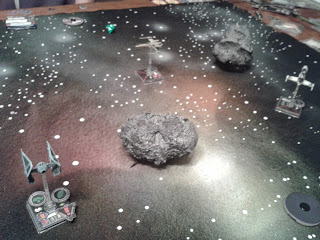 ...and hid behind an asteroid.

Which put just enough distance between that B Wing to take the edge off his attacks. 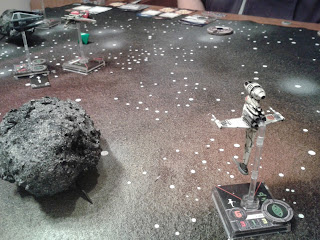 Then Mark makes a critical error and K turns in front of me. 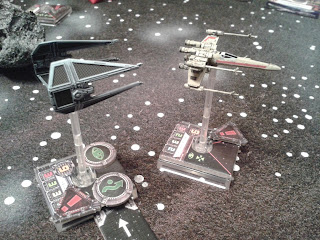 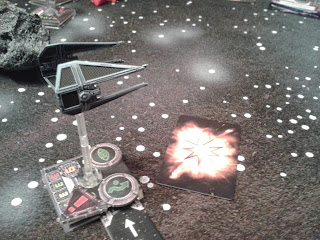 (Actually, I think he was intending to Boost (engine upgrade) and then push the limit, but got a bit confused between the difference between movement (boost) and actions (push the limit) and the order thereof. Movement first, then actions. Once you've got a stress marker (from, for example, doing a K/Immelman turn) during your movement phase, you can no longer do any actions 'till you get rid of the stress.)

A bit of fancy flying... 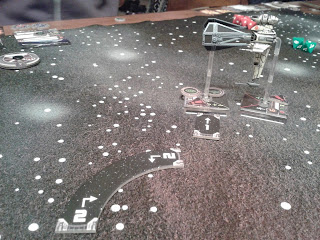 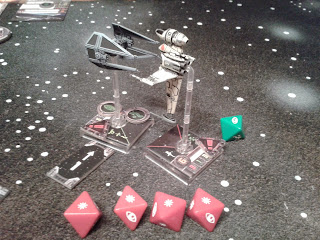 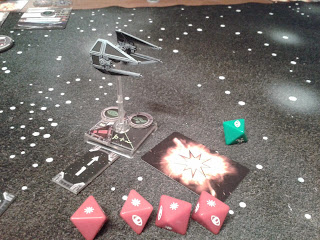 Rather unexpectedly. I was sure I was about to go down in a flash of molten metal!