Well, it must be holidays, because I applied some paint to some figures. Actually, two of these elements I painted over this last week, two of them I finished about eight weeks ago, but, well, Term 2 got busy. 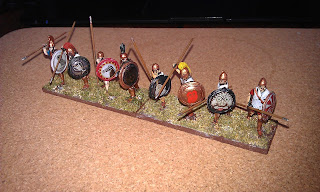 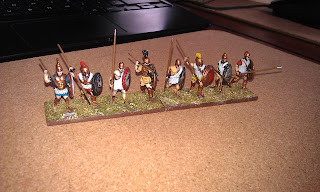 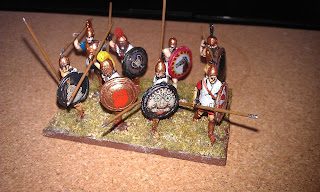 ...note the difference in the Little Big Man Studios transfers compared to the Veni Vidi Vici one... 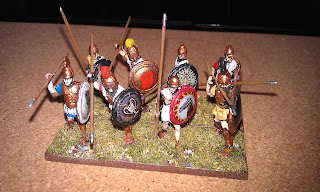 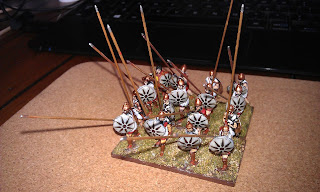 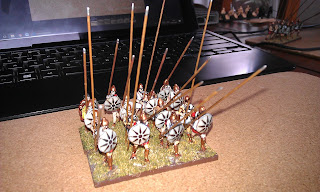 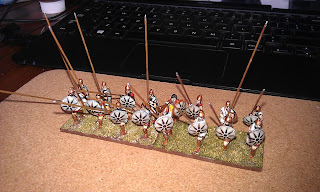 Note, these two are sans Army Painter Quickshade, because I thought that the shade really dulled down my first phalangite element. 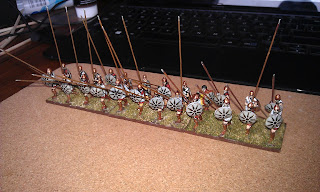 That's the one on the left. Of the screen. Right of the line, I suppose. 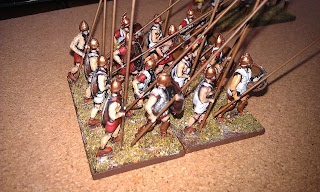 And back of the column. 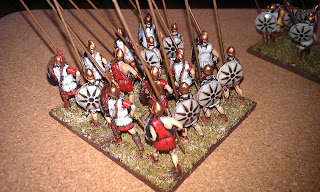 It's mostly noticeable on the shields. 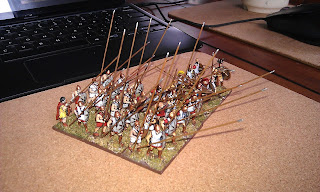 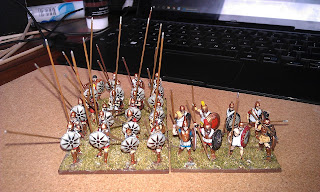 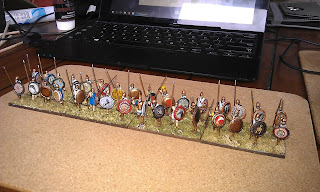 Two more  of these to go (13 of the phalangites), then I best paint up some later Greek cavalry.