End of another couple of weeks of holidays (much of which I spent working, but there you go), and here, finally, along with the first of my Macedonian Cav... 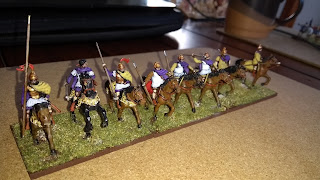 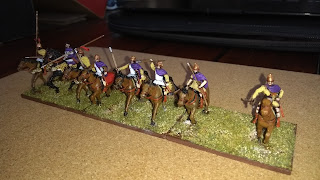 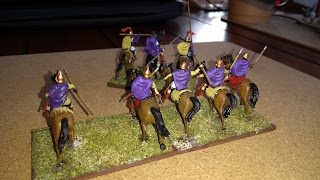 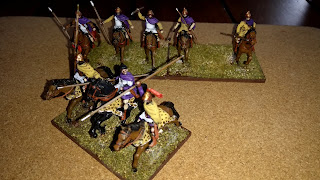 ...including Thessalian Cavalry (Cv), some generic Greek LH, and young Alexander himself, atop Bucephalus, which I'll use to represent all Hellenistic generals (DBA Kn - after all, they were all trying to be a new Alexander, right up to Napoleon!)...

...I have finally finished painting all of my Hoplites! 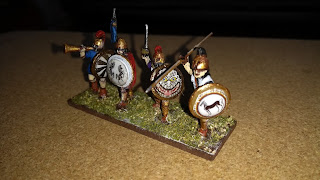 So now I have 18 hoplite elements. Huzzah! Enough for two opposing armies... 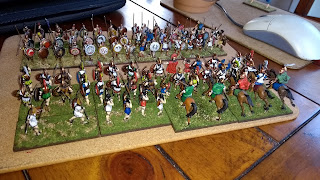 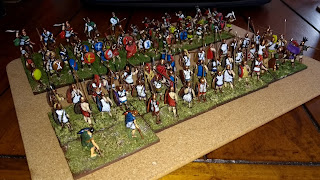 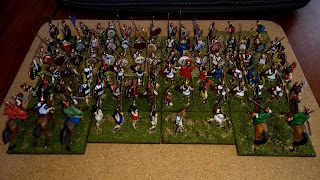 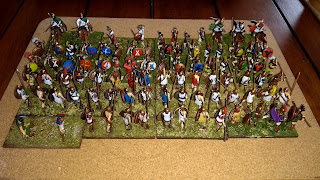 ...against II/05i [Later Hoplite] Other Hoplite Armies in Greece 448-225 BC...
...or of course a double DBA army, probably against those upstarts from the north, the Macedonians. (I'm not doing another 4 12Bw elements to complete a second Early Achaemenid Persian army!)

Cool! Now to game with them...sometime...