Here, finally, are my three Panzer IVs all done and dusted. 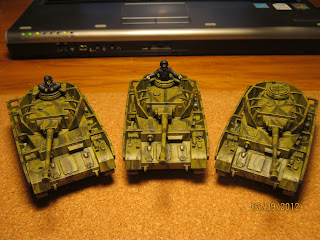 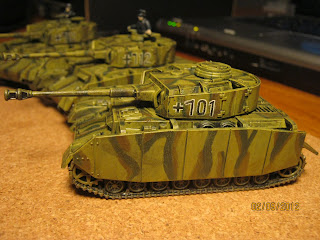 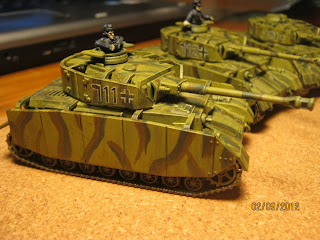 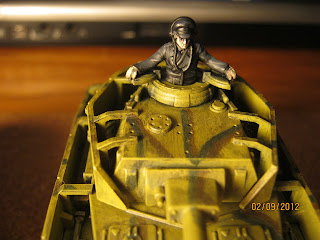 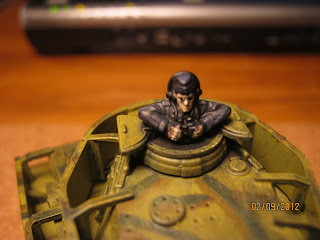 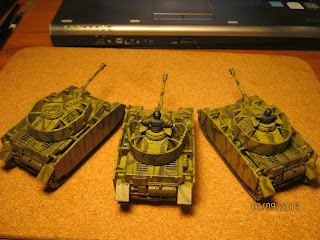 If you look carefully you may noticed that I applied the camo on the rear of their turrets so that if you line them up in the correct order (which I haven't done here) it'll spell "NIK"! Lame I know, but... :-) 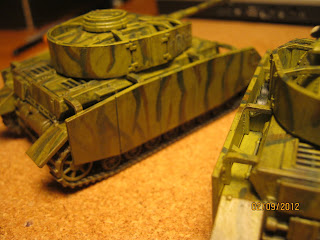 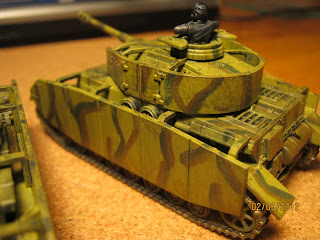 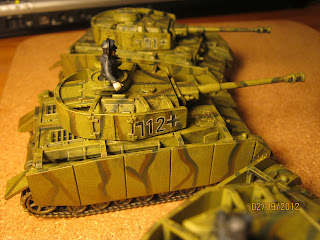 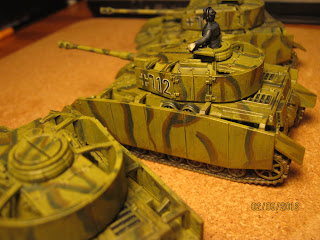 I went base coat, stripes, Badab black wash, base coat dry brush with some mud dry brushed on last of all.

The wash gives them a dirty, oily look, the dry brush atop makes them look a bit dusty. So...at least they've got the worn look. Sans scratches...

The only decals I had were sent over from John (Jacksarge) in Aus, the numbers being 101, 111 and 112 respectively. After a bit of research, the Germans seemed to number their Pz IVs somewhere between the mid 600s and mid 800s (though don't quote me on that), so I tried to change the 1s into 7s. With varying degrees of success. Consider them applied in the field!

They won't win any awards, but hopefully...they'll win me some games! Though, with only three of them...more than enough for Crossfire, not enough for Spearhead. Unless I add them to Robin's three, then - bingo bango!