Here, finally, is the report of the fourth X Wing game Bruce and I had a couple of weeks back.

If memory serves, it was two games to him, one to me. Let's see if I could even the score.

He and I swapped sides for this game. I took what he had in Game 3... 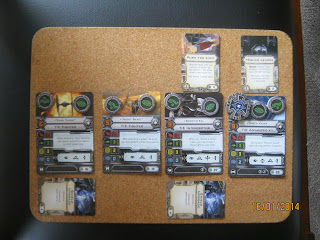 ...he took my list and tweaked it a bit.

And away we went. From opposite corners of the mat, apparently. Vader target locked Wedge, and Soontir Pushed the Limit to wear an evade and a focus. 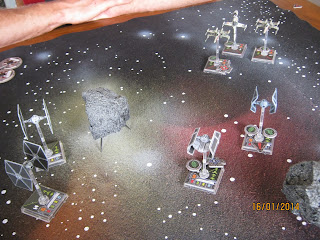 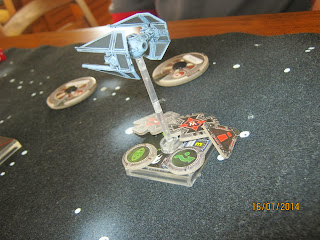 And a stress marker. And two Target Locks.

The furball ensued. And many target locks were used by all. 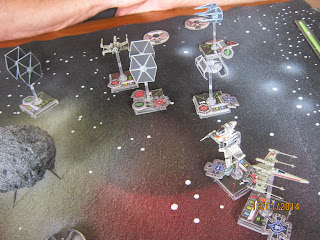 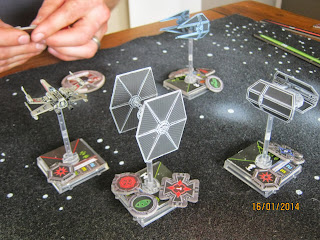 For some reason Wedge was being kept out of the fight. I think he'd had a fright! 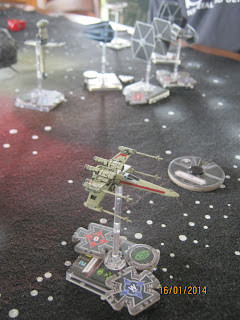 So I poured my attention onto the Rookie Pilot. 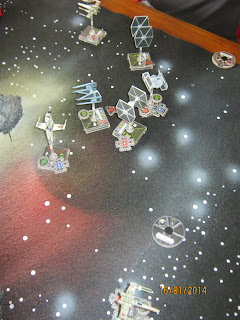 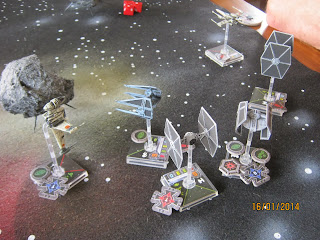 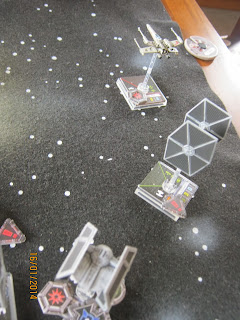 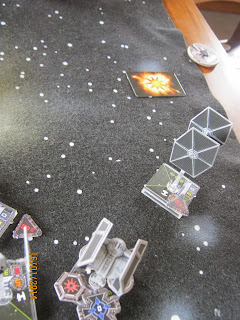 While the B Wing piles on an ongoing critical effect onto one of my poor wee TIEs. 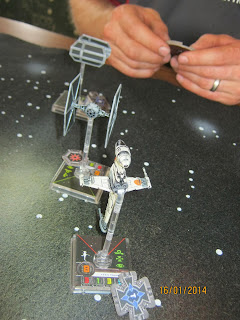 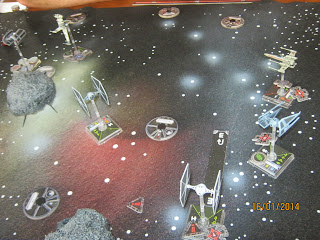 And here is a great shot of what Soontir was doing all game. Zipping around, Pushing the Limit so as to get a free focus. He gives himself an evade, pushes the limit with a barrel roll and receives a free focus for his trouble. Using Push the Limit with Soontir is a very effective combination. 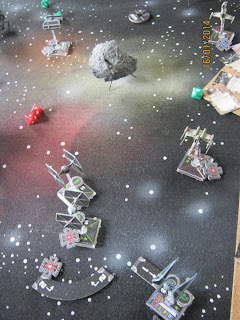 Unfortunately, time ran out, but here is the butchers bill as at the end... 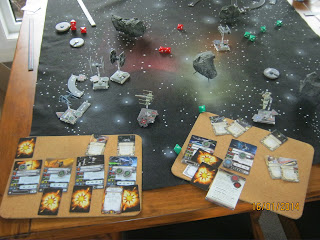 A hit each on the TIEs and TIE I, two on poor old Vader. Two and one hits more before boom time, respectively. 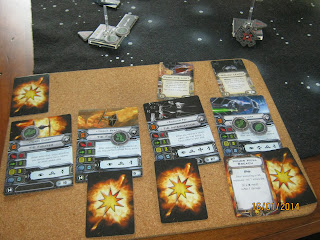 And here are the Rebels. One X Wing already gone, Wedge with only one hit left, and the B Wing with near'y a scratch on it. 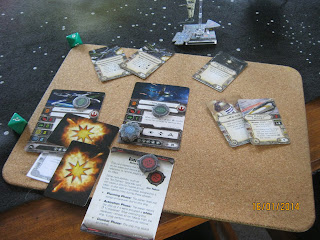 We called it a draw, though both agreed that the Imperials were better placed for a result.

What do you think?