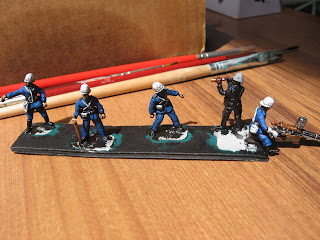 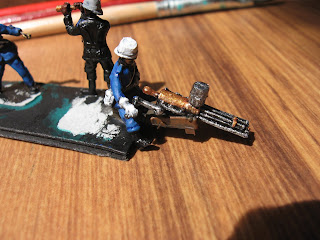 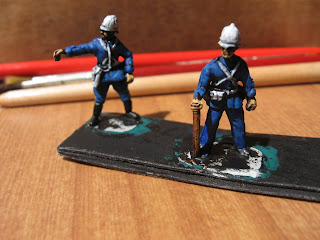 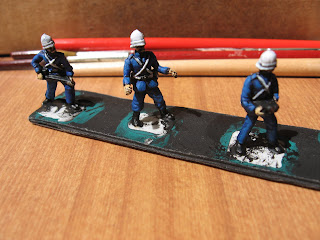 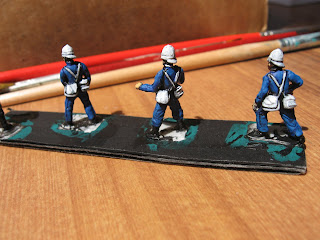 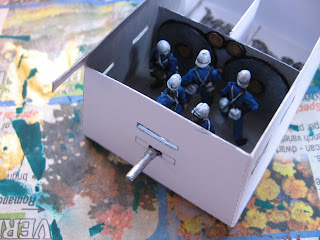 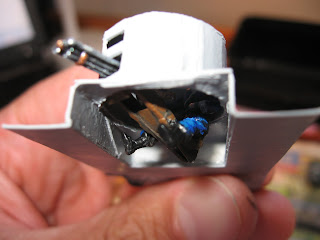 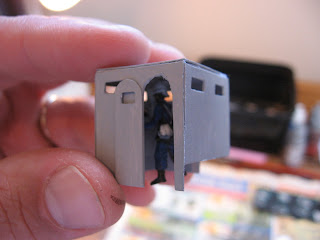 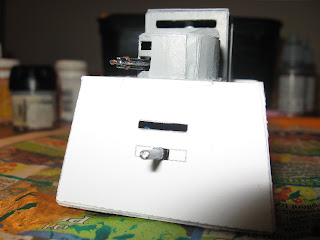 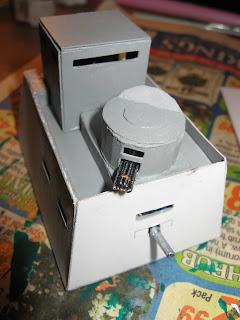 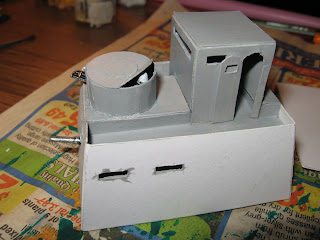 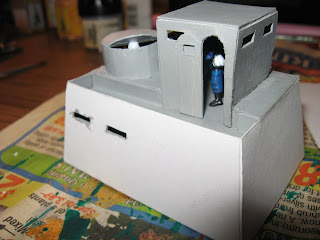 Well, I've finally got the lid on the hull of the steam tank. I thought I might be able to see a bit more of the crew, but, well, at least now I've got evidence that there are indeed miniatures in there, and they are painted!

Next step is to add some...cladding(?)...to the remaining edges of the deck, try to touch up the gaps with PVA and paint, and then try to figure out this. 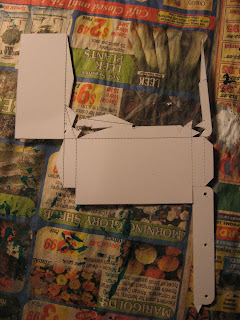 It's the unfolded running gear, or at least the bulk of it. I'm not real sure how it all goes together.

I at least figured out why the jolly thing is so tall. All of the crew are standing, save the turret gunner! I think it gives it a good 'naval' feel myself, something I was trying to get.

Still, if I was to do this again, I'd make it longer, possibly half as much length again, to give it more engine/boiler room. It wouldn't matter so much that it wouldn't fit on a 60mm by 80mm HOTT Behemoth base, they are only guidelines afterall.

No matter, I can justify its stumpyness by saying that it was designed primarily as an infantry support weapon - slow and steady, designed to just stay with the Tommies rather than speed off on it's own in some kind of 19th Century Blitzkrieg!