Well, it's been slow going. I enjoy making wargame armies, I endure painting them! 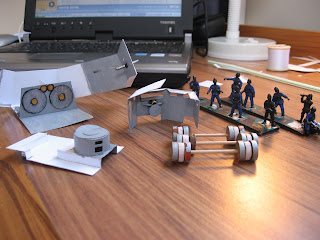 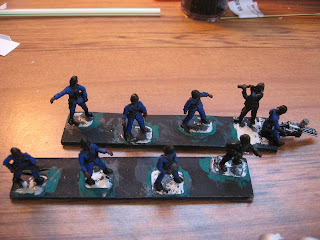 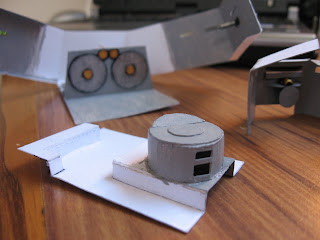 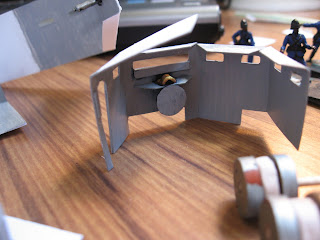 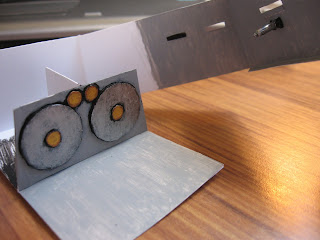 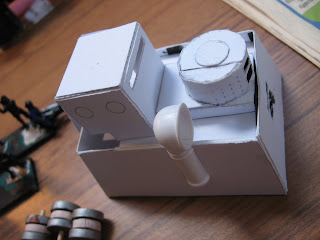 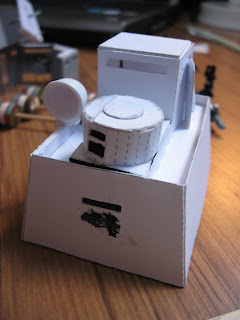 Having the 'Mark 1' model there has been surprisingly useful in figuring out how things fit. That big white thing hanging off the side is a 54mm / 1/32nd scaled ships air vent. I was hoping it was going to be quite a bit smaller when I ordered it. Not sure whether to use it or not. Whatdayarekon?

Next step - keep painting the crew so's I can seal them inside the hull, bridge and turret. Then on with the running gear. Which looks really tricky. Ah well...