...mostly. Ok, so they're sans decals, but, well, I ain't got none for the tanks, and I kinda forgot for the carrier 'till after I weathered it!

Here, in their highlighted and 'weathered' (or at least 'dusty-ed') final state are my latest Allied vehicles. (The 'weathering', for lack of a better term, looks much better in the plastic, than in the photos.) 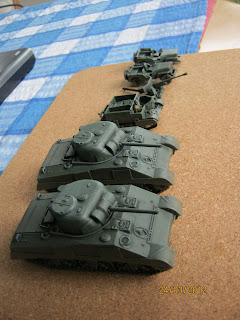 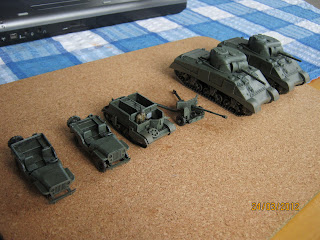 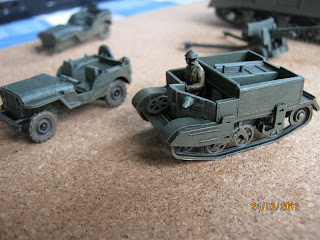 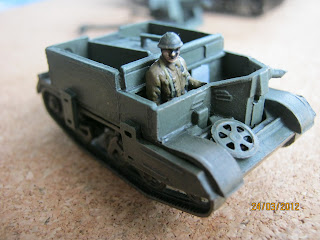 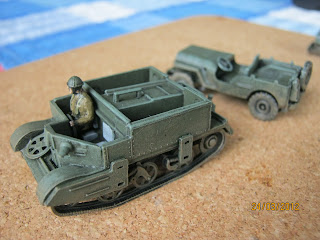 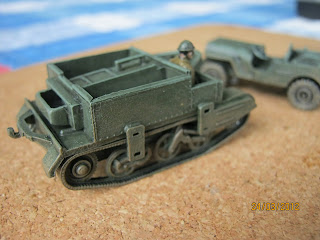 Note how high the driver is sitting up compared with the driving position in the clip below. Which speaks to me of a 1/76 model repackaged as 1/72 (as it was) by simply throwing in some 1/72 figures.

Still, it'll do 'till either the Plastic Soldier Company bring out theirs, or Stan brings out his!

And now the wee jeep[s]. The second jeep ain't got no front wheels, but I thought I could use it as a bit of terrain/scenery.

(Post script - Paul from Plastic Warriors suggested that I take the spares off both to replace the missing front wheels on one. Ha! Brilliant!) 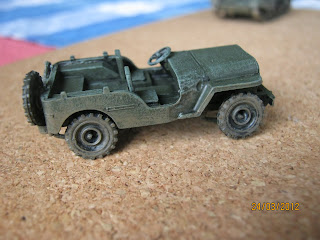 Next, the big boys. And they are considerably bigger than the rest. The difference between 1/72 and 1/76 toys... 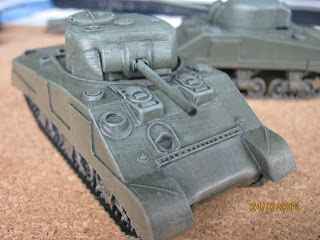 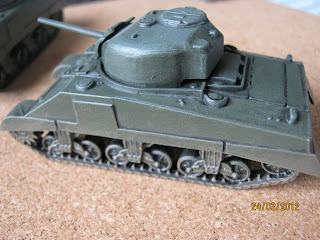 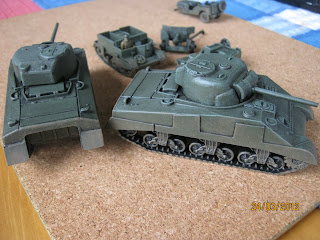 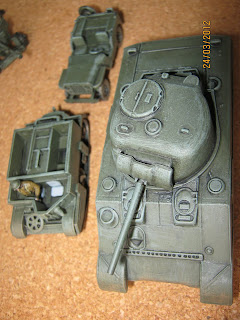 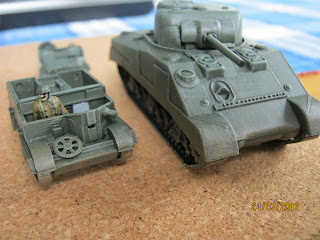 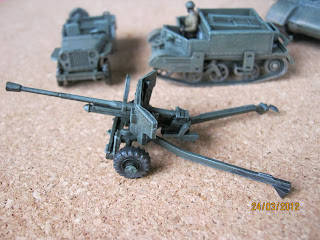 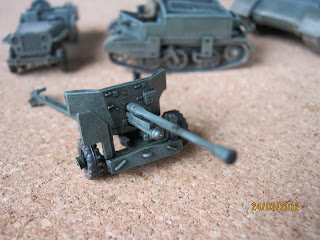 Still gotta base it, which in itself presents a dilemma. Do I base it with a 40mm frontage like the rest of the Crossfire/Spear Head stuff, and have the crew loose so's I can leave the model abandoned (take away the crew) when it is 'destroyed' in games terms, or do I put it on a bigger base complete with crew? I'm leaning towards the former idea myself, but Andy's big German gun looks way cool on the bigger base, and he's got single based crew with it, so...not sure.