Over the last wee while I've been pottering away with these... 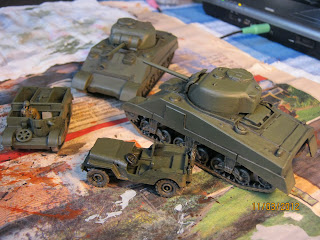 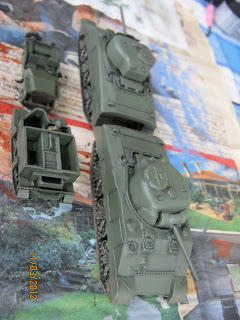 My recent purchase, alluded to last time, is a Bren Gun Carrier.

I'm wanting to add a Bren Gun and gunner once I get the figures Stan's waiting for me to pick up. 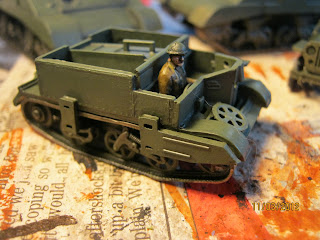 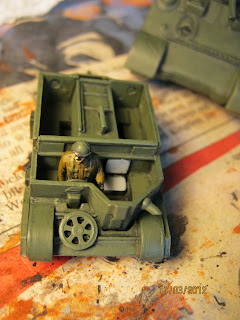 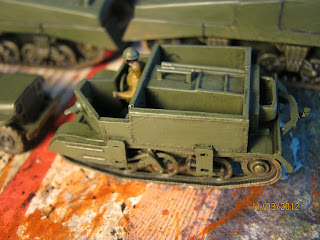 Rats! Isn't it funny that the camera picks up stuff you've missed?! Gotta do those webbing straps...and get rid of that stray hair!

The 6 Pounder that it came with is assembled, but not painted yet.

Next, a couple of Armour Fast Shermans that I've had for a while but thought, since I was painting vehicles, I'd give them a go. 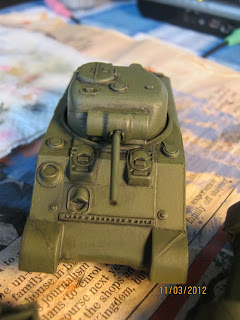 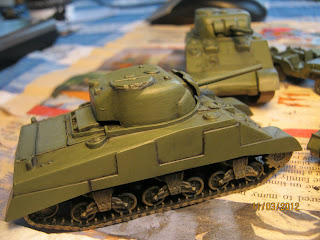 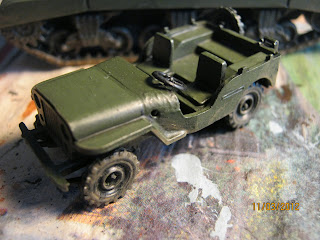 I've painted these with a green grey base coat, liberal Badab Black wash, another coat of the green grey atop, with a bit of a lightened highlight atop. Not entirely convinced that the end result is commiserate with the effort, but, well...perhaps it is!

Got to apply the decals to the carrier, then I'll dry-brush some mud.

These have been a pretty cool way to pass the time!