My same VSF Brits as used in Game 1, against Gordon's 28mm Dwarves. Jolly big fellows they were too...
So, we lined up, me trying to avoid that Artillery. 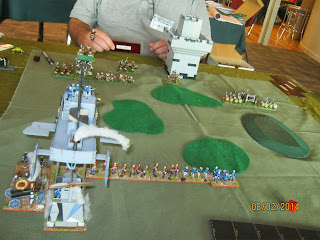 As soon as I entered the wood, the Lurker pounced. Or backed up. Or something. 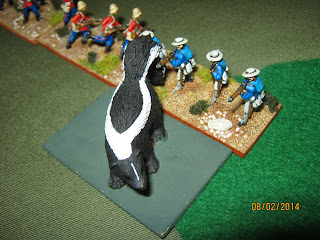 Thankfully I had left behind my Gatling Gun (Shooter), so I, too, pounced. 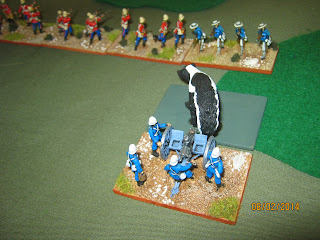 And that was the end of that! (The skunk had not enough room to recoil.)

Anyway, I flew the aerials forward, and Gordon rode his line into them. 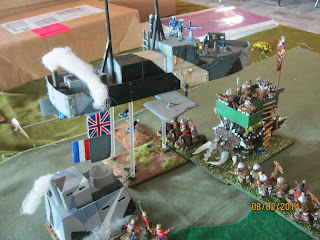 Next bound, and I rolled high PIPs. So, into the flank flew the Rocketeers, while my Redcoats rolled forward, as did my Steam Tank. 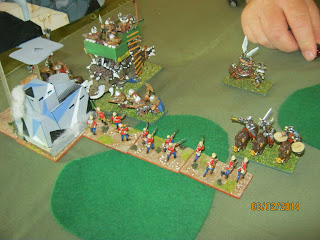 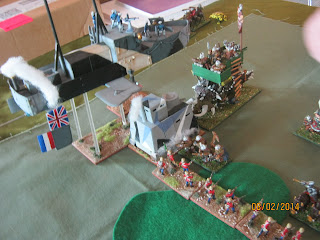 Huzzah! Now that opened up some options for me! 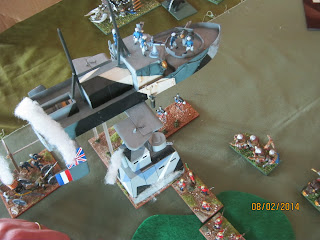 Gordon rushes over his Hero to hold the line.

Right in front of my Steam Powered Zappy Gun - my Magician. 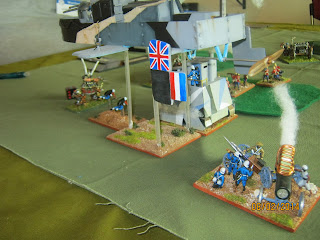 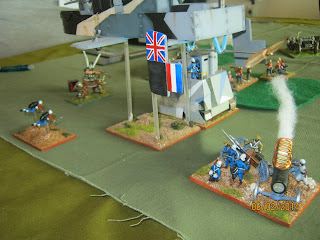 And the Hero gets turned into a frog! 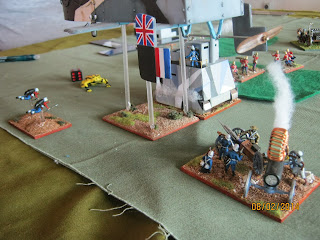 And that was the end of that! (Is anyone out there familiar with Greedy Cat?)