Friday night saw me popping around to Robin's temporary accommodation while his house gets completely rebuilt courtesy of the earthquake three and a half years ago (that long?), for a long overdue HOTT Spring Night.

Robin brought out his VSF army... 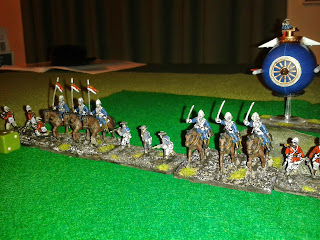 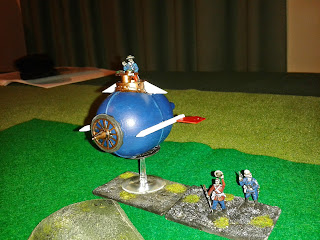 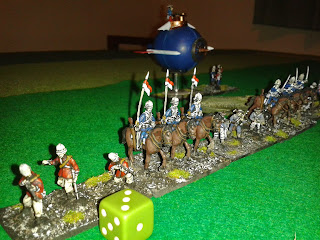 ...against my glorious, as yet un...what's the opposite of defeated. Victorious? Yes, unvictorious Sarmatians.
The Dragon turned up early, and quickly set his sights on Robin's new fangled Arial Hero bearing contraption. Which flew from one flank... 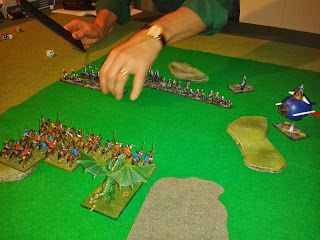 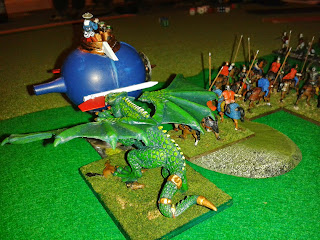 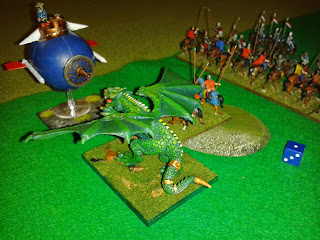 Notice that one on the die, resulting in a recoil result? You'll be seeing a lot of those over the course of the evening...

Anyway, Lord Chelting of Cheam and his wondrous flying machine, not keen on the support that the Dragon was getting from one of the Knights flew up and over to just short of the rough going. 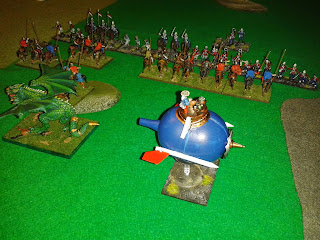 Oh, and notice that hole in my line up above? One of those dratted shooters taking their toll on the waiting Knights. So what to do? Charge! 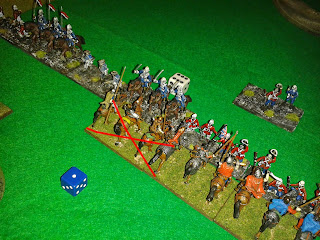 You know how I said you'd see that one again? 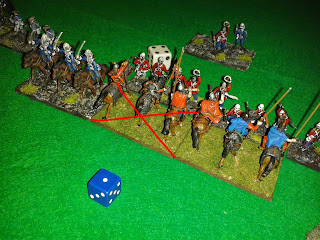 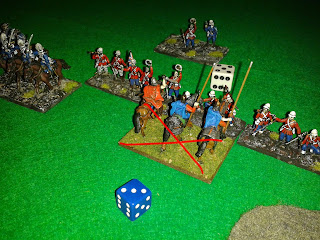 ...and even a three didn't help the cause!

Then Lord Chelting of Cheam turned around his wondrous flying machine... 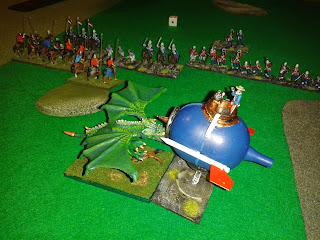 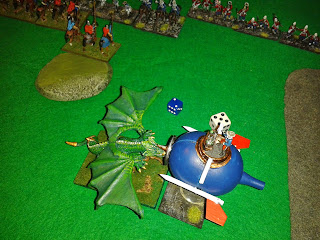 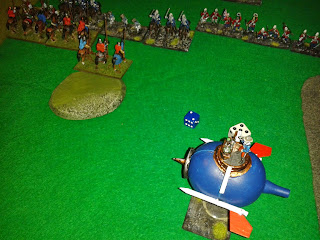 And just to add insult to injury... 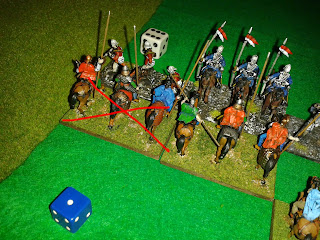 ...haven't I seen that die somewhere before? 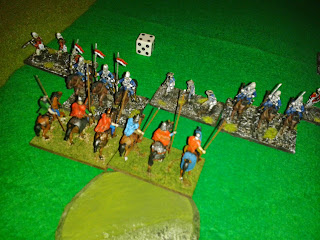 One thing you gotta say about the game, at least it was quick!