Well, after that last debacle, I thought to give my Skellies a crack, this time upgrading my Dragon to an Aerial Hero. (If you look carefully you'll see a little skellie riding it!) 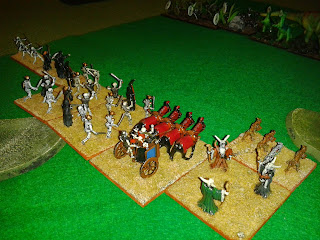 ...against Robin's Lost World army...
Early on I thought I saw an exposed flank, so flew the Aerial Hero, with Flyer support to try to recoil Robin's Behemoth into the end of his line. 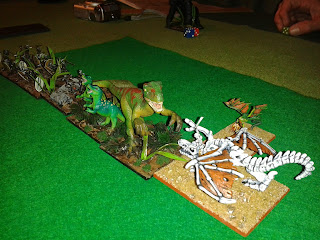 Instead, his Flyer recoiled my own Flyer into the Hero. 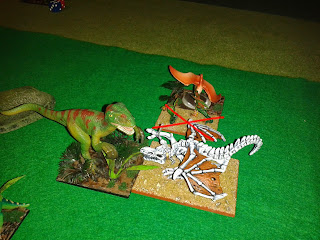 So I try to rush up some re-enforcements in the shape of zombie dogs - my Beasts element. 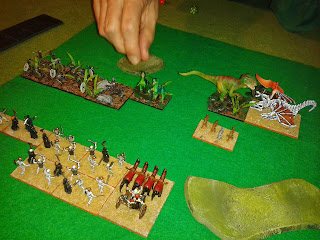 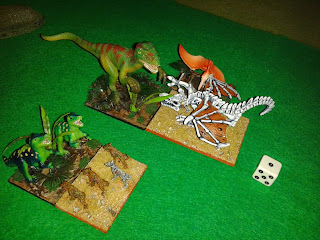 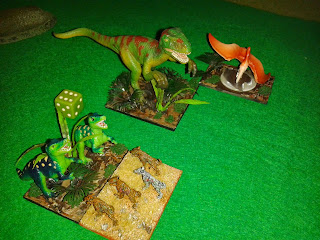 ...they were ineffective in helping out.

Well, not one to pass up an apparent opportunity for quick success whilst and at the same time sticking my neck out just asking for it to be chopped off, I roll in my Knights. 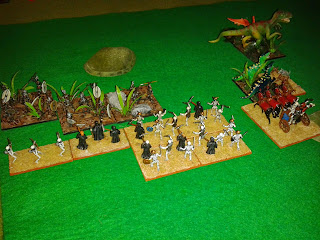 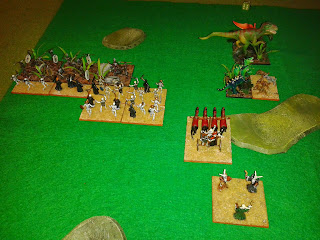 Just to have them bounced off.

And in shambled the infantry. 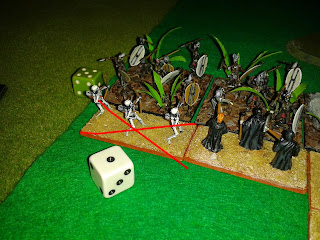 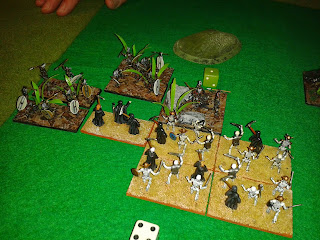 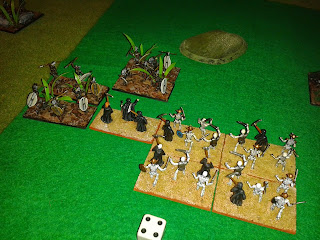 ...I did manage to roll up something. For the first and only time that evening. My skellies mob Robin's magician. 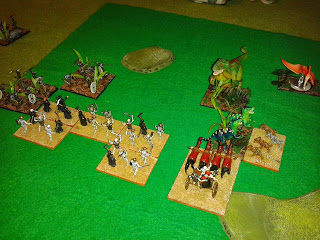 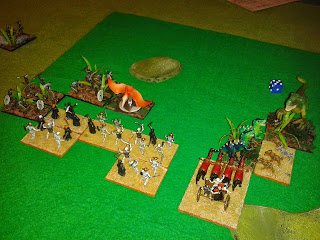 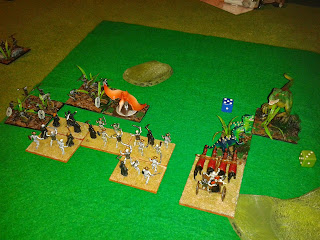 Blast! My doggies finally succumb to his dinos. With a little help from that Behemoth.

And that was the end of that. As Joy Cowley would have said. Robin's God didn't even turn up, but neither did he have to!

Still, it was a fun evening filled with stimulating conversation, a refreshing lager and plans for a 20mm Great War Spearhead game in a couple of weeks. Russians vs...Austrians? I want to say Austrians...Eastern Front anyhow.