Yesterday afternoon I rocked up early to the club to play a 200 point X Wing game with Andrew. I took a 200 Point Rebel All Stars...plus a Zed list... 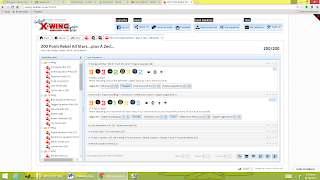 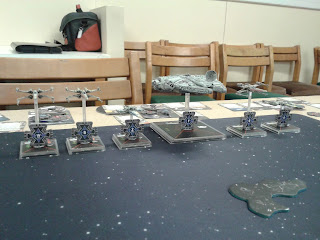 Andrew took IG88. All four of them! 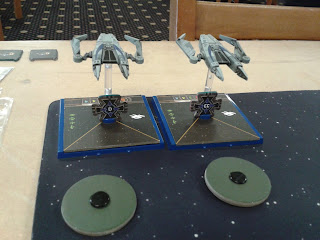 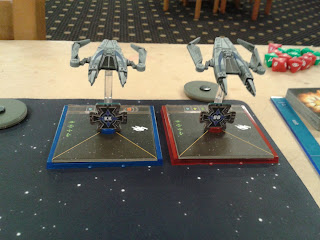 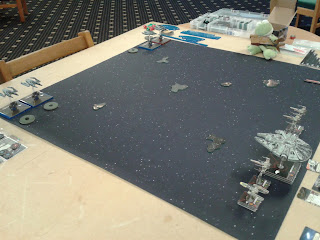 I refused my right, as I am want to do.

It soon became apparent that Andrew didn't want to joust. Rats, now I'd have to try to turn everyone! 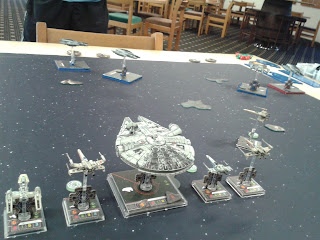 Note Wedge stuck out there all by himself. I was trying out the new BB-8 card (that I don't have) that allows [whoever] a free barrel roll when one reveals a green manoeuvre...which can then trigger push the limit for a second action. Then you perform your green manoeuvre, clear the stress and do a third action. Which in Wedge's case was a boost, thanks to his engine upgrade.

Anyhow, Andrew turns in, and around, and...away we went. 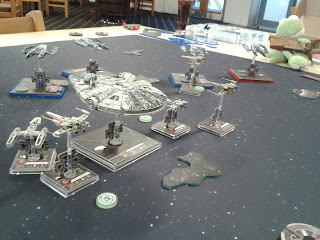 (Dutch 3 turned in front of Garvin - and they didn't bump!)

Andrew concentrated on poor Luke from the get go. 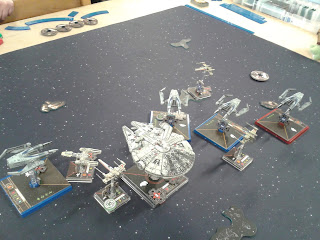 After one round of shooting, he was down to one hull...and an expendable R2D2, thanks to Integrated Astromech. 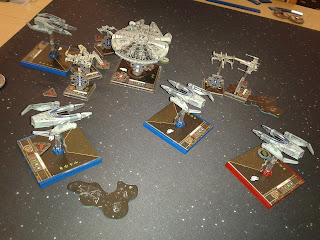 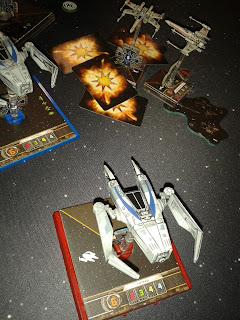 All without achieving much at all. 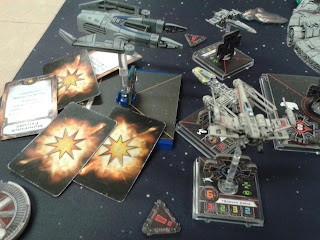 Unfortunately, having to take two rounds to turn around Dutch, and therefore not having him shoot (his Blaster Turret was fixed forward thanks to the BTL-4A title) did cost me. 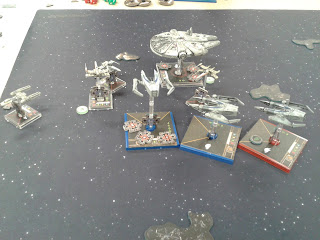 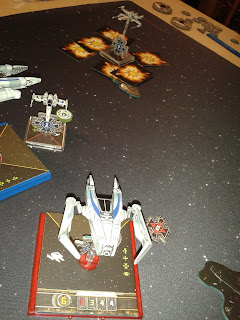 Or rather, poor wee Garvin. 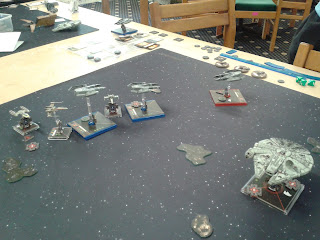 Who then rolls...nothing. NOT A THING!

Still, Dutch did manage to get IG-88C down to 1 hull...as did all remaining IGs do to Han...so Han flew away to try to get at least one more shot in. 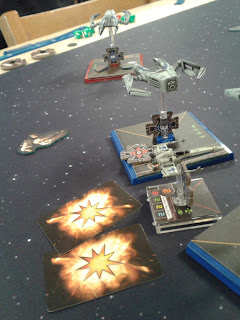 ...my poor little Zed gets one shotted! From full shields and all! 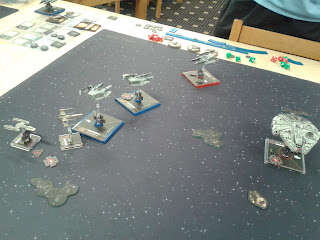 And that's where I called it. The Y and the X were still in good shape, but the YT was doomed, and Andrew still had, for all intents and purposes, two untouched IGs.

Those IGs are monsters!

As for the X Wing..."fix", well...it didn't really help Luke or Garvin. And although Wedge could do some cool stuff with BB-8, the board was just a bit too crowded to make the most of it. Still, it was a pretty cool game. Thanks Andrew.

Those IGs are monsters!