Over this long weekend just past, X Wing made another appearance at the annual Warclouds Over Woolson wargaming event.

Having just read an article about how to avoid being hamstrung by stress, I thought I'd adapt said suggested list. 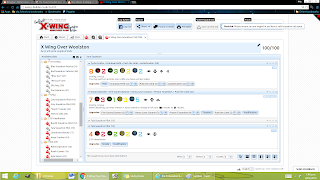 Anyhow, my first game was up against Terence. He was flying a Emperor'd up Decimator and Whisper, replete with Agent Kallus.

Knowing that there wasn't a whole lot I could do with Whisper, I went for the great grey whale instead. 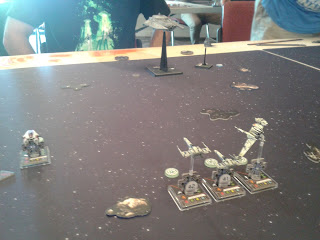 Zipping Tycho behind the behemoth. 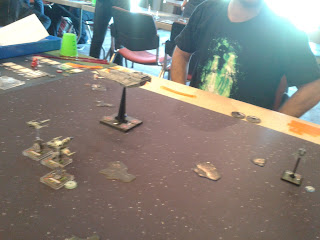 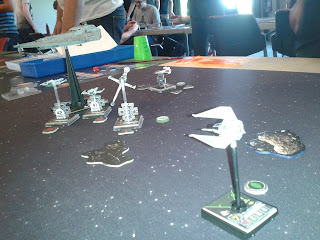 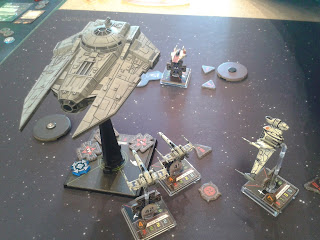 Oh, did I forgot to mention that the Big D was equipped with an Ion Projector? My two Zeds found out the hard way!

Which kind of mucked up my next turn. The Rebels all piled in together. 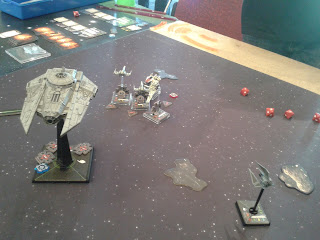 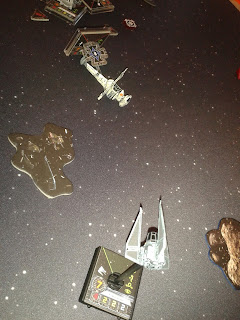 Drats! My hardest hitter down, what, four or five turns into the game.

Next bound and I manage to narrowly avoid blocking Whisper... 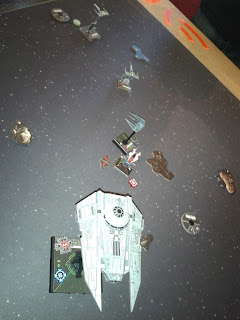 ...as Tycho tries to take out the last few hull points left in the Deci while the Zeds frantically try to turn around. 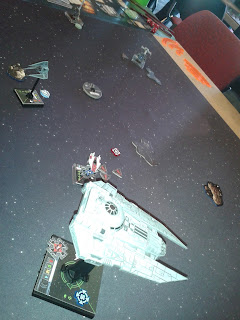 And then Tycho also runs into the Ion Projector. 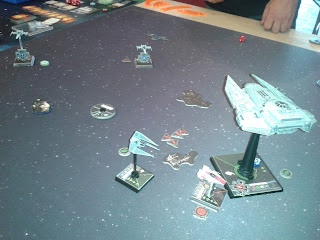 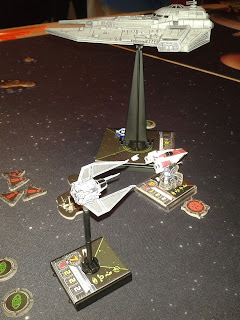 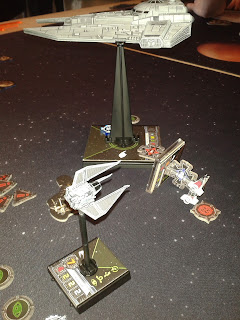 Still, at least that crit I gave the Oicunn meant that should he run over, well, anything... 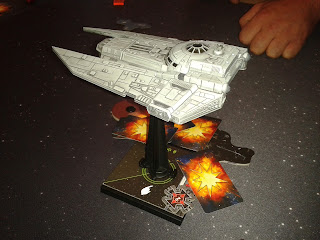 However, with naught but two Zeds to face Whisper... 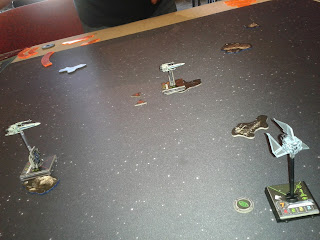 ...and Whisper cleverly avoiding taking shots from more than one at a time... 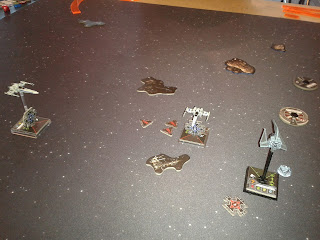 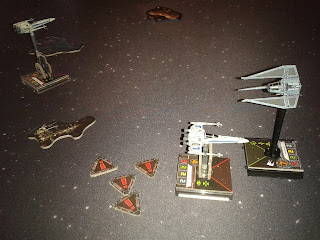 ...the Rebels were only saved by the bell! Ha!

Thanks for the game Terrance, that was cool!