Final Elements For The Summer

And here are my final efforts for my summer holidays. My completed Marian Roman Legionaries/Polybian Roman Principes, and their Italian Allies, all dipped up, dulled down and based. 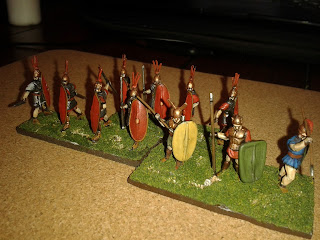 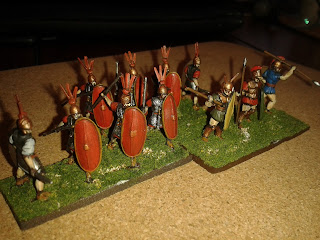 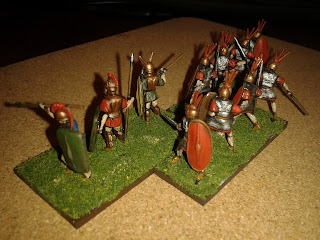 And since the dip was about to be brought back out, I quickly finished/base coated these Later Achaemenid Persian Auxilia... 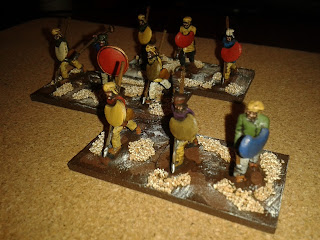 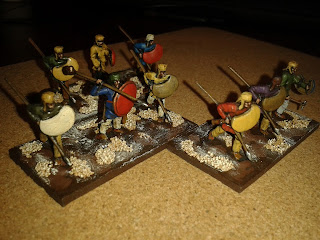 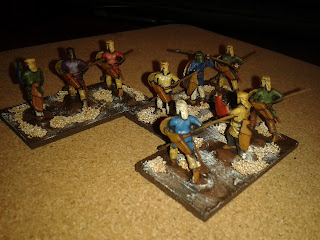 ...and then brought out some of my pre-painted Wizards of the Coast Star Wars Miniatures, the ones that looked particularly blah, and dipped (and sprayed) them as well. 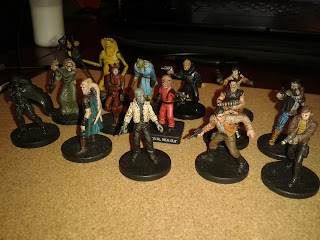 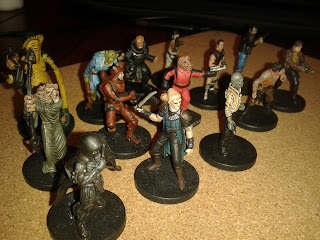 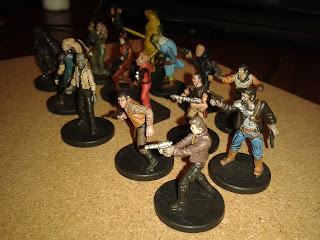 They've made quite a difference on some, not so much on the others. But that Duros has turned out beautifully!

So, since it seemed to work on them... 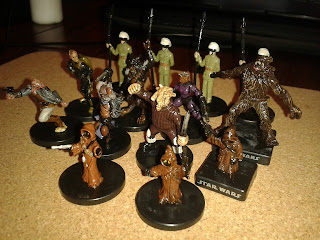 ...I brought out some more! Worked a treat on those Rebel Honour Guards, the Quarren and those Jawa. Especially the one in the lighter robe.

So that brings up my grand total of painted figures to...nine more than last count?

28 elements, comprising of...
...as near as I can figure it, over six weeks. Plus a few games here and there, including Star Wars Edge of the Empire RPG this afternoon, in which some of these very figures made an appearance.