Following one from the first Battle of Marathon, here's the second.

With a subtle difference - Stan handed over the con to Neal, a mate of mine who had just popped 'round mid way through the first game, and then continued to dispense sage tactical advice.

We both advance, once again my Persians having to roll a 6 on the PIP die before calling on the cav.

However, this time I deploy close to the steep hills... 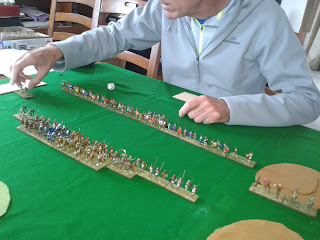 ...so my lights could run for the hills! 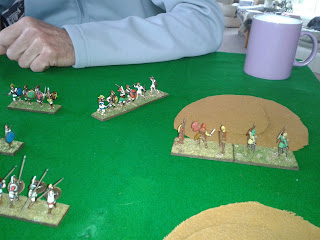 All the while shooting with my Sparabara. 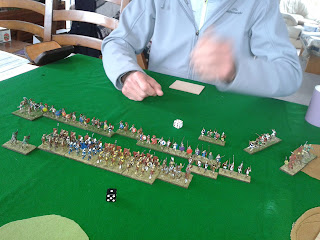 And so, while my cav look on from the corner... 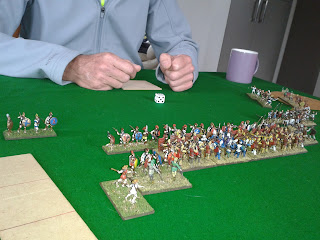 ...Neal springs his trap on my exposed flank. 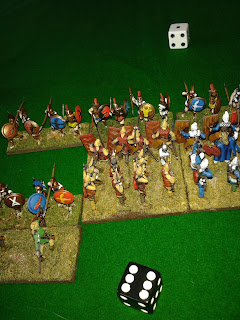 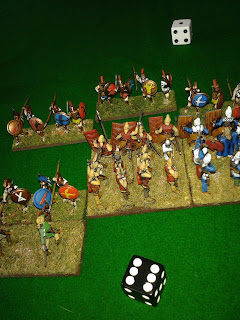 ...I did at least recoil a single spear element. 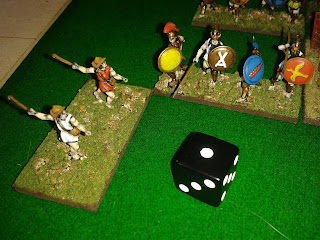 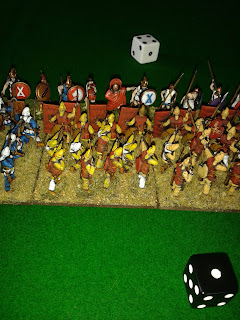 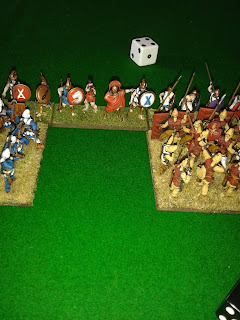 ...it was all a little grim for the easterners.

I try to reform a firing line... 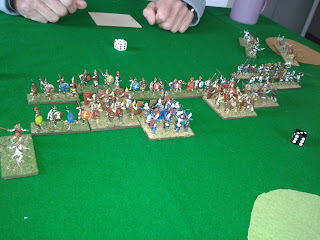 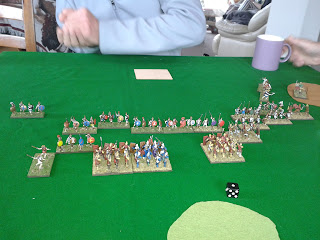 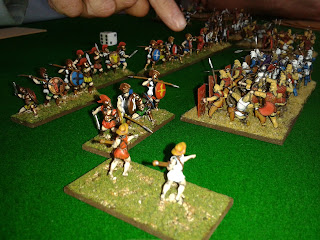 ...that once again prooves ineffectual. 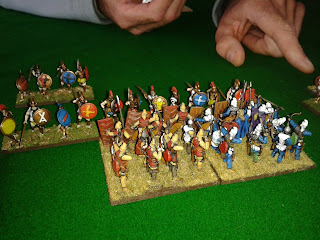 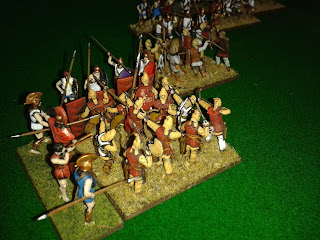 Neal pushes through the centre... 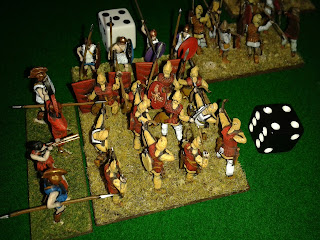 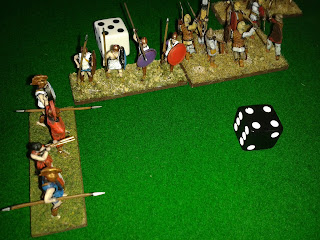 ...to a fairly predictable result. 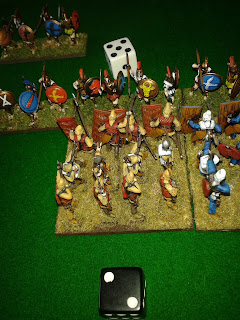 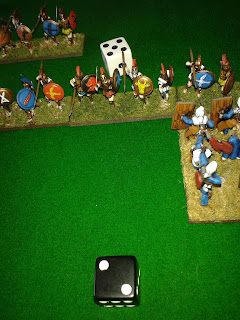 Still, at least I managed a recoil on the final roll of the die! 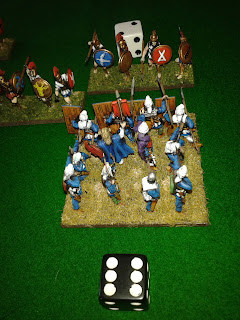 All while my mounted watch on. 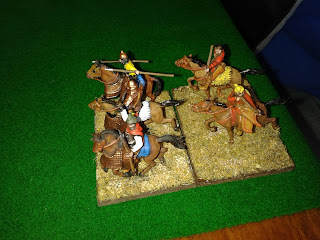 To be fair, according to the original scenario, the Greek's psiloi should have stayed in their camp until a roll of a 6. Stan must have brushed over that bit!

I'm looking forward to a rematch, but this time with the mounted on point from the get go.