So, the Rebels having being completely done in the last game, Mark and I set up for another bash, this time swapping sides. Literally.

This time I kept the Rebels together... 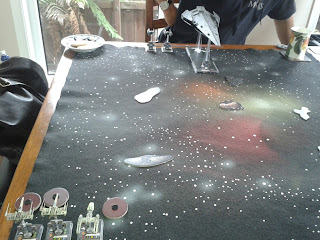 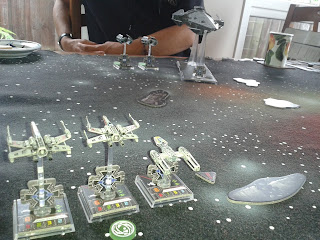 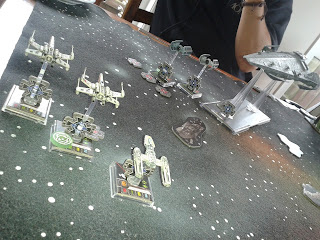 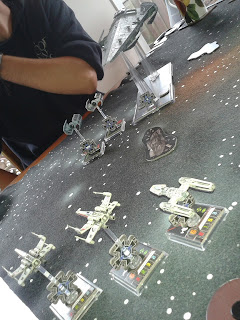 And ran over some debris. 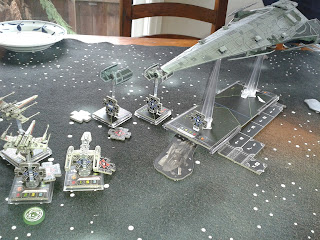 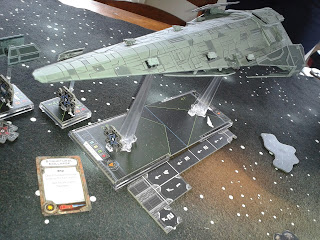 My aces line up, Skywalker taking out chunks of a Saber Pilot... 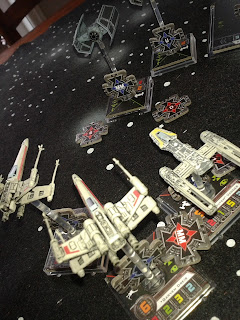 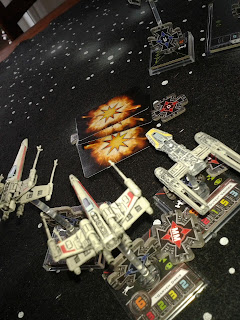 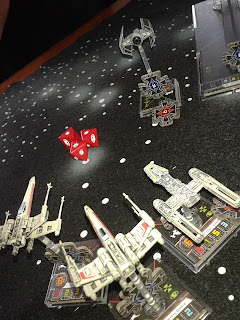 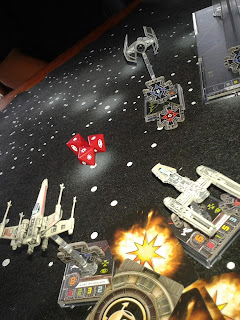 There goes Garvin. Note the 'Droid card - we were playing with the Integrated Astromech upgrade.

Next bound, and Mark expertly K Turns right in behind Dutch. With less than a millimetre to spare! 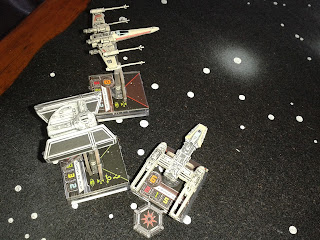 I zoom forward, with Dutch, who was veritably trailing smoke by this time, turning to face his fate. 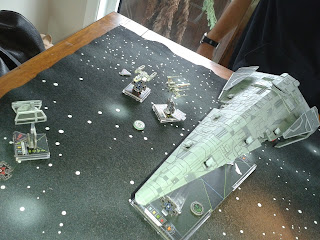 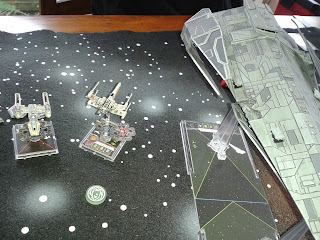 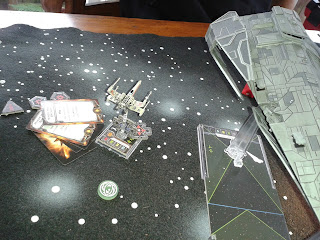 Luke zips behind the Raider, with the Tie in hot pursuit... 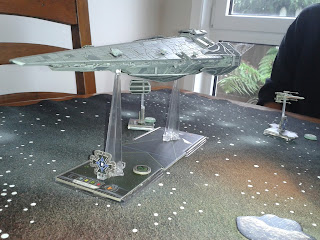 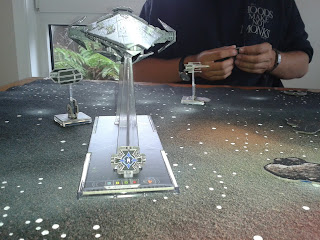 ...while the Raider lumbers on. And they call the Shuttle a Space Whale! 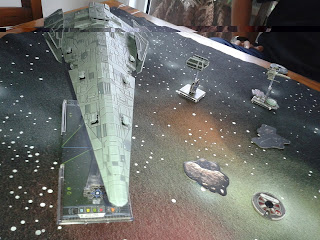 Expecting that Mark would anticipate me flying Luke around towards my own edge, I throw him round to run back behind the Raider, seeing how hard it is to turn the Raider around. 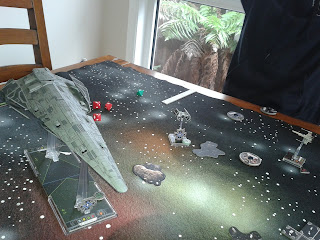 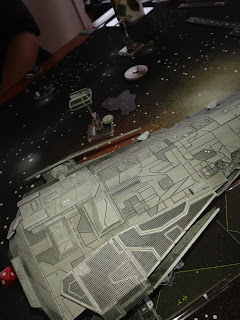 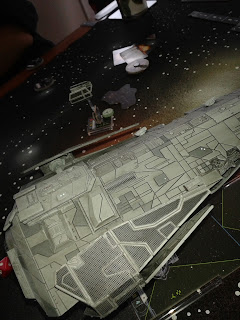 ...the Raider is armed with some fearsome weaponry.

Another great game...but man the Rebel's mission is hard to complete!