Following the previous game, we set up for another.

Same ships for me, Tim wanted to try out an X Wing list with...
Which meant that Hobbie could do a red, get a target lock (if in range), shred his stress and do an action (focus). Likewise Jek, though he had to roll for it (getting a hit for his troubles, as it happened!)

Oh, and Tim was also flying a Chardaan Refit Prototype A.

I haven't seen so many X Wings on the board since Wave 2!

Rather than risking a joust, I set up in the middle, hoping that that 'roid would give me cover as Tim came in. 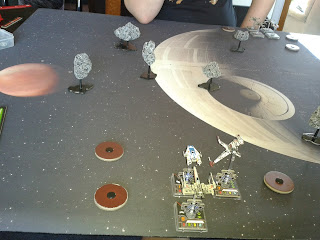 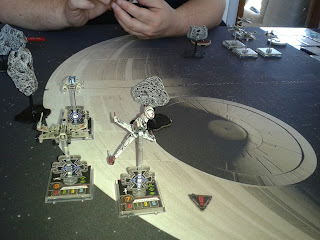 Alas, although Wedge and the A could avoid most of Tim's arcs... 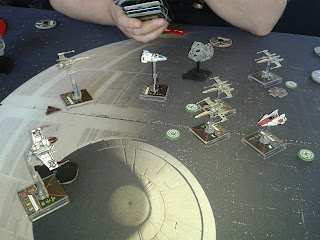 Took a damage, plus five more from incoming (and non-returnable) fire.

Next turn, Tim tries to use his A to block my B. 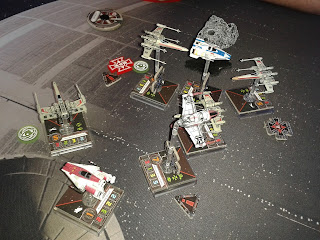 But I just power on through with a [red] straight 4.

And since I had Biggs cornered, Wedge removed chunks... 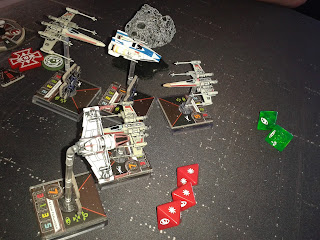 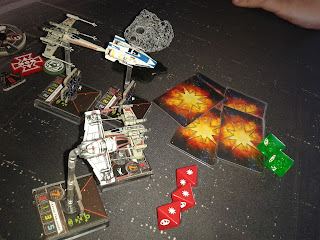 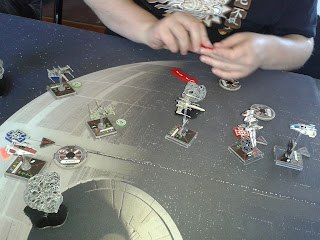 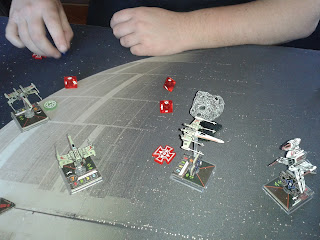 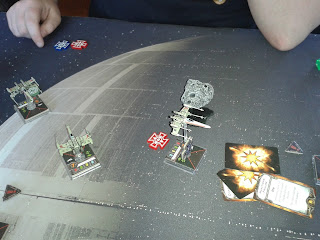 ...Keyan wasn't long for this world!

Drats! If only he hadn't flown onto that 'roid... 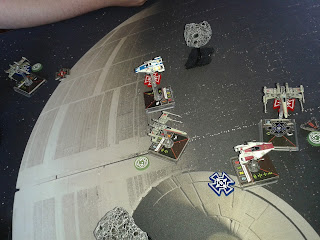 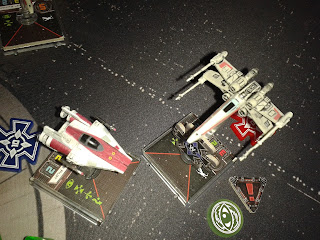 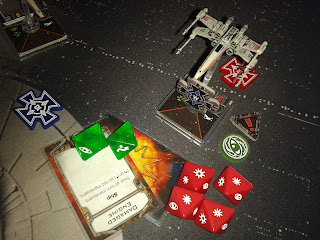 ...and Wedge one shots a full health A!

Alas and alak, I completely miscalculated Hobbie's K Turn behind Wedge, and, in spite of trying to boost behind a rock... 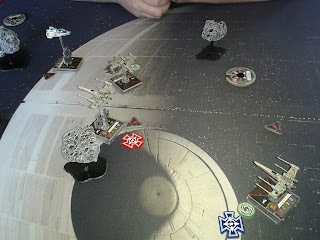 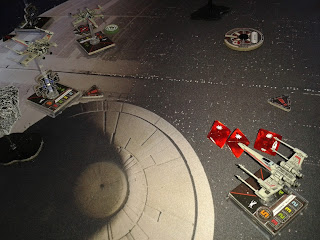 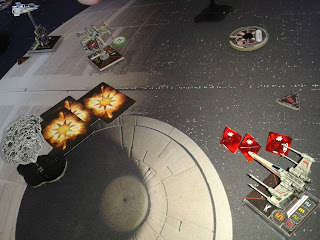 Still, what's good for the goose... 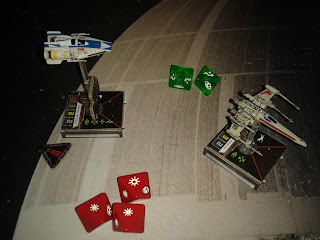 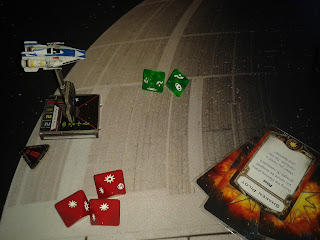 What followed was a good old swirling dogfight for position. 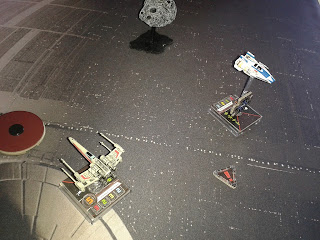 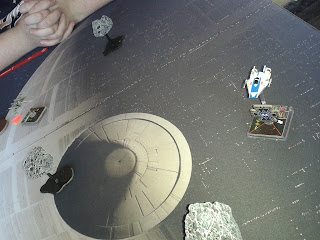 I was trying desperately to come into Hobbie from the flank... 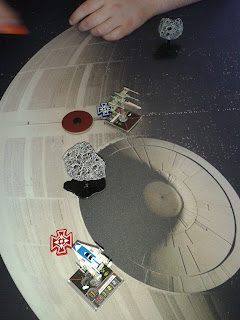 ...but Tim was having none of that nonsense. 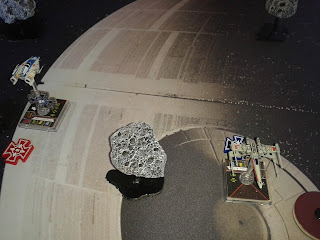 So I tried a 5K to cut him off from the other side. 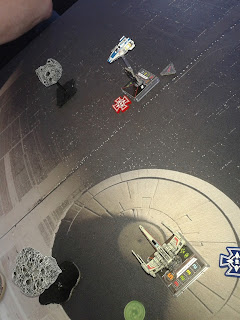 I thought it would have got me further out. 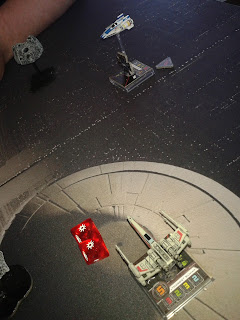 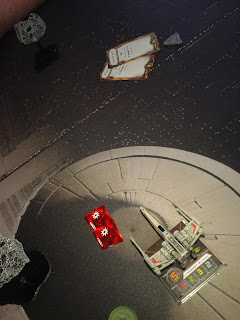 Still, it was a great game, far more two sided than my usual games with Tim!

Thanks Tim, that was cool!