As a bit of a "celebration" (commiseration?) of the end of the hols, Young Stan spent his lunch around here for a couple of DBA 3.0 games to break in my recently completed I/60 Early Achaemenid Persian army.

I thought that a replay of the Battle of Marathon might be in order, so I searched for an appropriate DBA interpretation thereof, and found this...

The Battle of Marathon

The terrain for the actual Battle of Marathon is rather uninteresting from a DBA game perspective as the majority of the battle took place on an open plane. However, a stylized DBA map for the battle is included if players wish to use it. The map assumes that players will use the optional rules listed below, so the Greek 2Ps elements and the Persian LH and 3Cv elements are located in their respective camps. Much of the terrain on the map was actually to the rear of each force during the actual battle. But to make an interesting DBA game, the terrain is placed in the front of each force. The relative positions of each army, however, were maintained to be consistent with the likely deployment of the Athenian and Persian troops during the actual battle.

* Special Rules for the Persian Player

There is some evidence that the Persian cavalry did not even participate in the Battle of Marathon ("The cavalry are away!"). For the game, the Persian player must place his 3Cv and LH elements in his camp and may only move them out of the camp on a PIP roll of 6.

So I broke out my EA Persians...
...and some Athenian Early Hoplites.
And away we went. 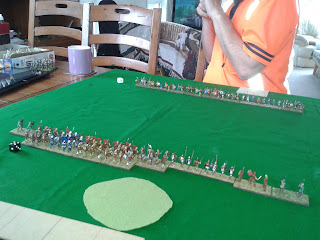 It was a pretty quick game. 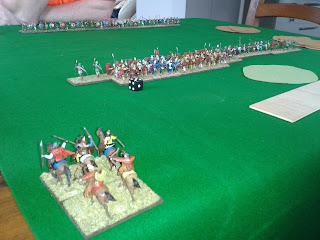 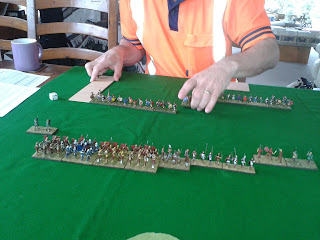 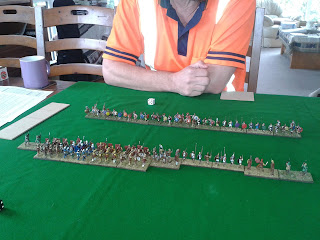 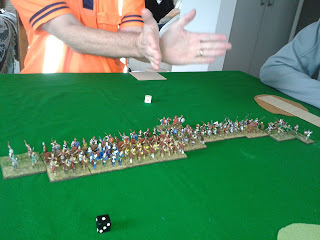 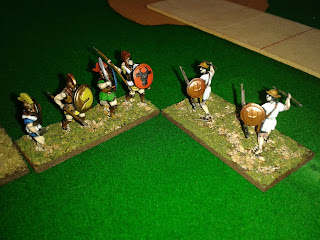 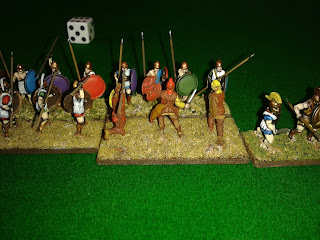 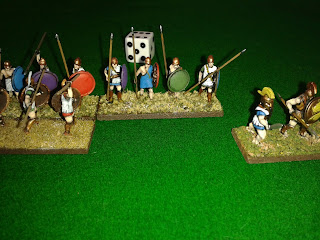 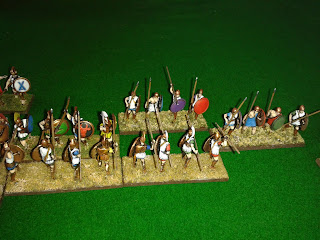 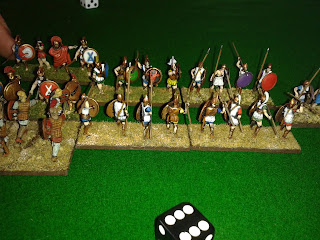 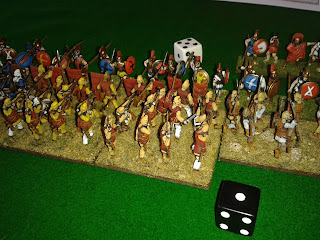 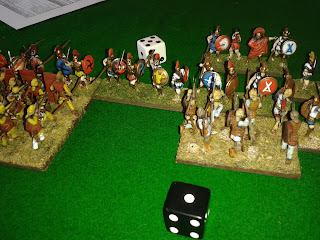 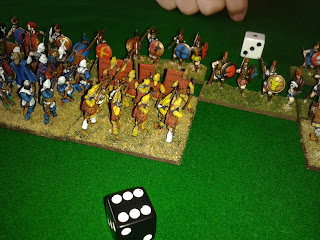 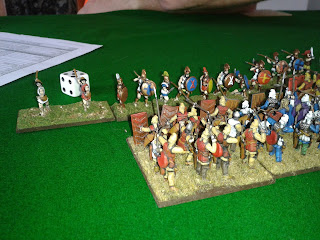 There once was a Psiloi at the end of my line, making four. Or five, really - the first double element lost counts as two elements lost.

All while my mounted stayed in camp. Man, that scenario rule is tough.