The reason behind block painting those Marians is because...I've turned to the dark side! 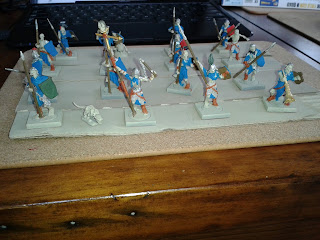 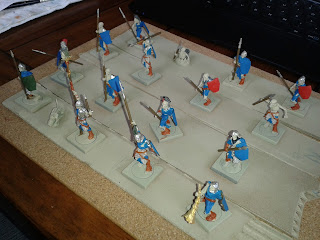 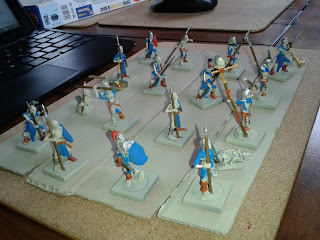 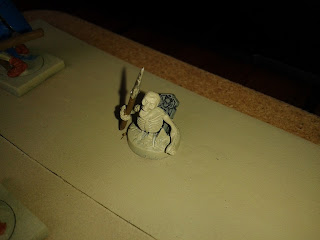 Well, sort of. 28mm Mantic KOW Skellies, block painted so as to be dipped...

...once Mighty Ape get some more in!

Hence the Marians. I want to do the same to them.

It all started a couple of years ago, when I picked up some cheap Mantic Skellies at a DBA/X Wing event. And, since then, when discounts and spare cash allowed, I've been slowly collecting enough plastic for small Kings Of War army. 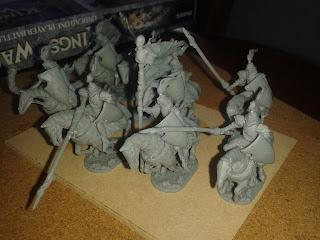 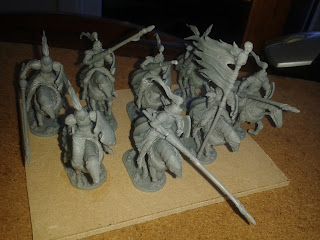 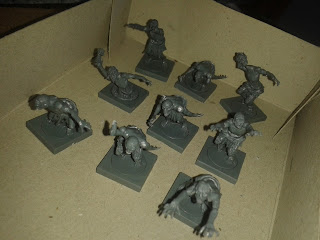 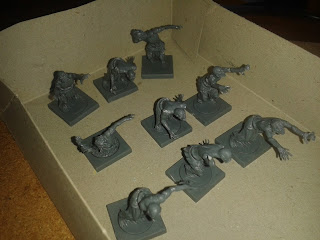 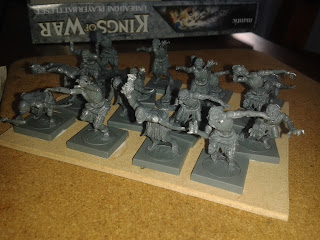 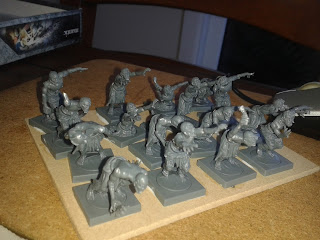 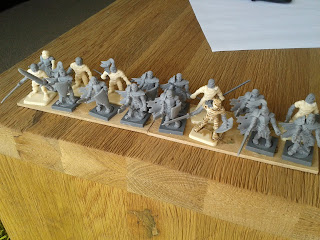 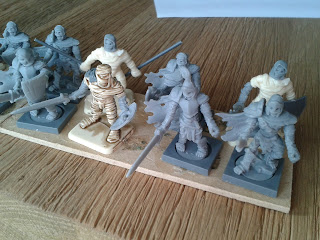 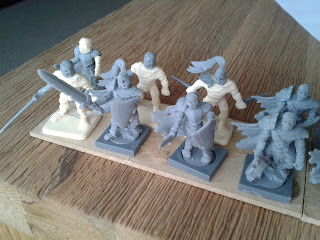 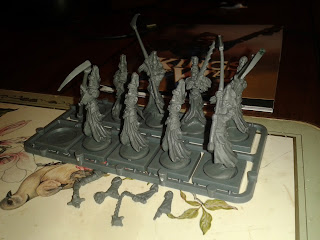 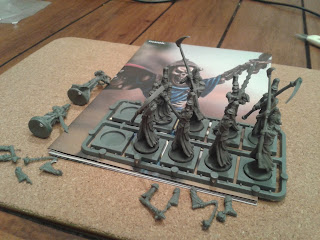 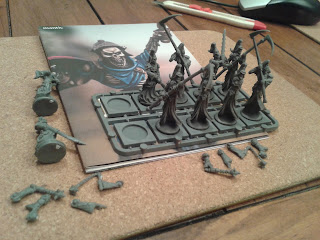 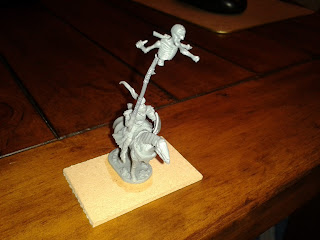 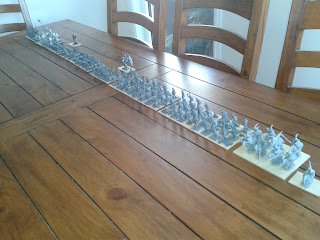 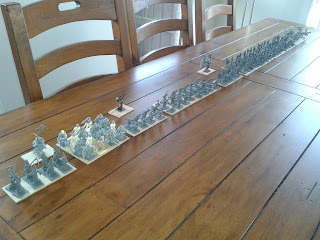 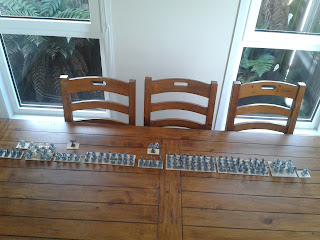 All based one less abreast per line than recommended, to spread the love, so to speak.

Or rather, to spread the cost.

I also bought into the Kings of War 2nd Edition Kickstarter as part of 2014's Christmas gift from my wife. Which finally arrived in December 2015, 12 months later... 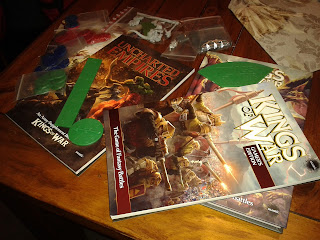 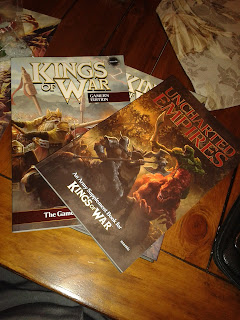 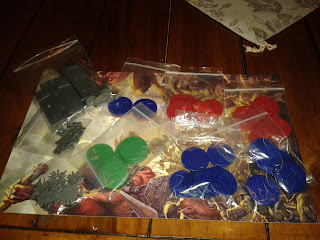 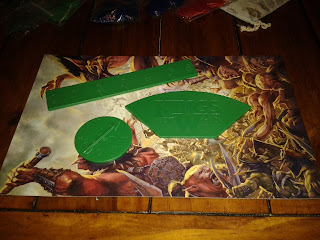 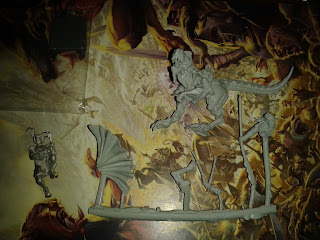 ...repete with a dude riding a dinosaur...and a bag piper!