Hot off the heels of the Marians I present to you three more elements of Hoplites. 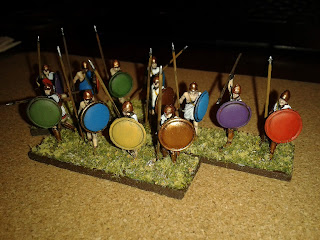 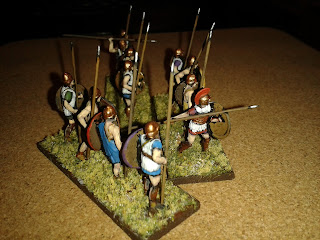 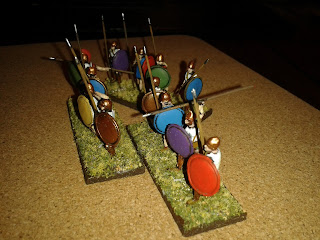 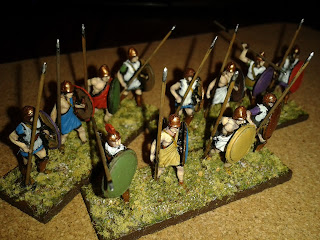 There's something to be said for having a variety of stuff out at the same time - you want to use red on a Roman? Well, that Hoplite's shield'd look good in red, as would that Persian's tunic and that Parthian's trousers...

One downside of this recent run of productivity - I've run out of the Gale Force 9 Parched Straw that I was using as a base to flock these Persian bound ements. My local stores were out too, so, rather than patiently ordering some, I got what I hoped would be an alternative. 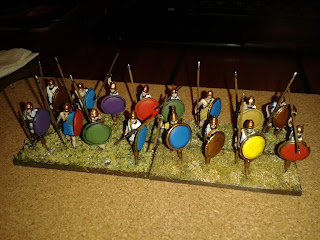 Yeah, not so much. Bother it. It's too clumpy, not...fine enough.

Still, I did find some Army Painter Dip at Comics this afternoon, so...that's good. Now I just have to scrounge up enough dosh.

Oh, and that's it for the run of completed 20mms for a while. I've only just started on the next batch of Parthians 'n Persians.
Posted by Nick Grant at 22:56