Huzzah! Hot on the heals of my latest Marian Roman Blade elements, my first Kings Of War Regiment of Skeleton Warriors (with spears) is complete. 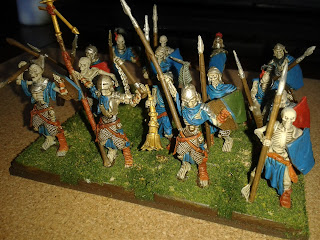 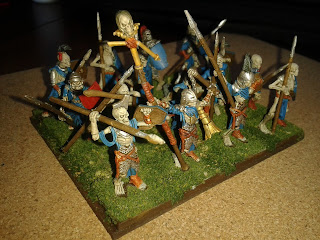 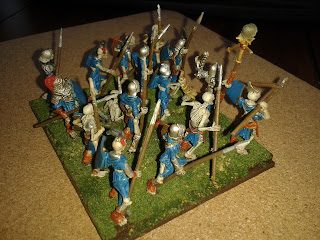 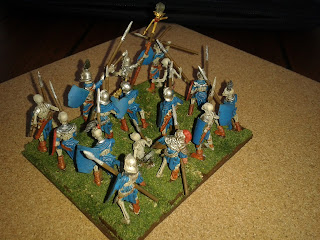 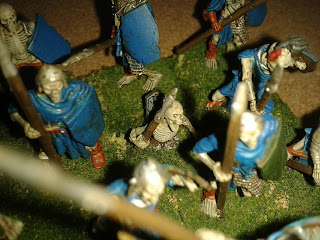 Replete with an Skellie...doggie? Giant rat? The rules don't specify, other than to say that they are an optional upgrade that adds Life Leach (1) to any unit of Skellies to which it is attached. 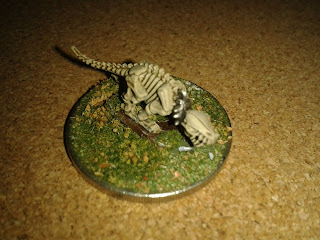 After the dip, I added a highlight to the bone with Ushabati Bone, and added an additional wash of Agrax Earthshade to the mail armour (but not the plate).

The regiment base didn't come out quite as well as I would have liked because of the gaps within the rows, since I was using one less miniature per row than suggested/prescribed, in an effort to reduce the overall cost of this army.

Still, they haven't come out too badly.

So on to the next spear unit... 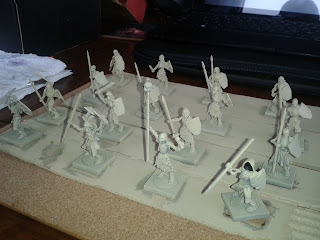 ...as well as another couple of elements of Late Republican Roman Legionaries. 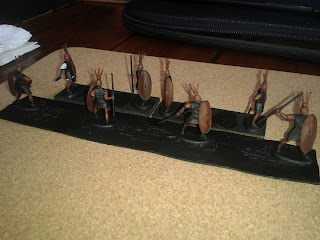 Undercoat of black, initial base coat of Dark Fleshtone on the bits that will be flesh, brass or red. I find that those three colours don't really go well when applied straight atop black. And since I was applying light grey to some other minis...