Another One Down, a Bazillian to Go... 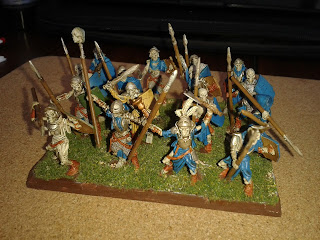 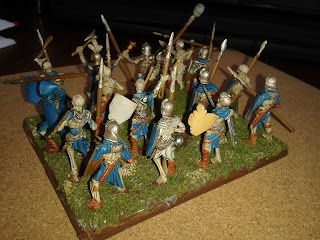 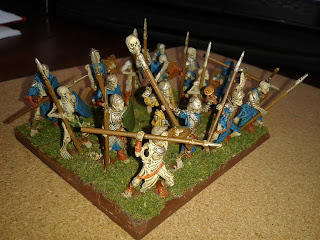 Complete with a decapitated Dwarf! 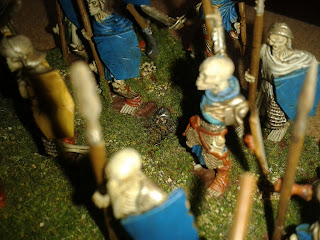 These, combined with my previous Regiment, now make...a Horde! 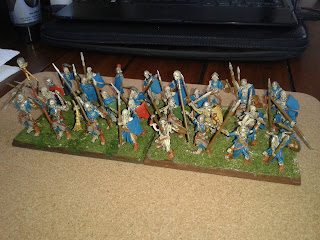 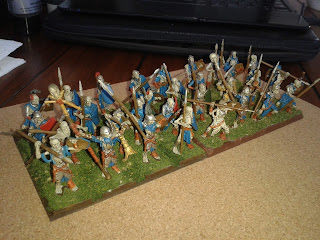 They also come with a realisation. This 2000 point army is going to take years to finish!

So, rather than starting on my second two Regiments/Horde of skeletons, I'll start working on completing enough for a workable 500 point army first. So next off the block, for this army...

Though I have some Marians and Parthians to finish first.