So...after a bit of a delay...here is my second game for the day. Chris was rocking a Scum list (the only one of the day if I remember correctly), replete with some Black Sun Soldiers, Guri and a fellow I had not met before...Talobane Cobra.

So...we set up in opposite corners, I promptly flew Keyan Farlander onto a rock (ouch!), all whilst that new Kihraxz fighter skirts around my flank. Hmmm... 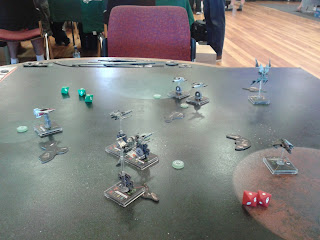 I manage to pile Farlander off the 'roid... 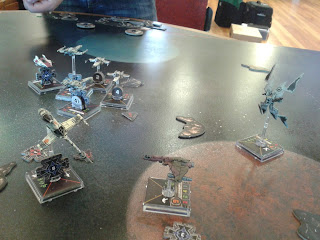 ...and pile everyone else into the Black Sun Soldiers...what a mess... 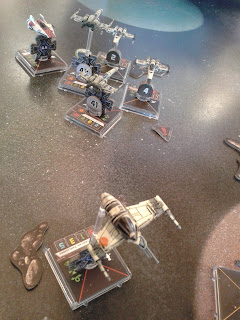 ...and then Boom! Before Keyan even gets off a shot, Talobane Cobra rips him apart! 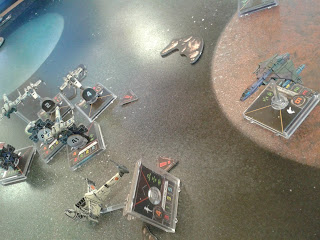 Stink, I wasn't expecting that! What a beast!

The rest of the game kinda went downhill from there... 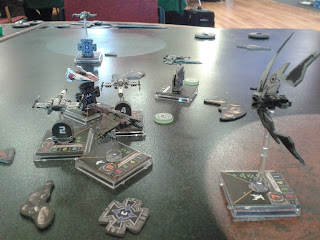 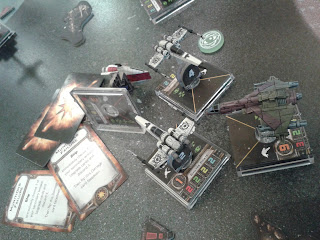 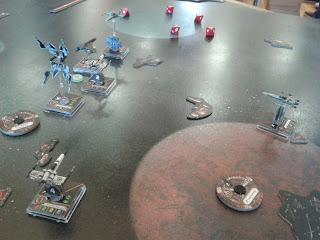 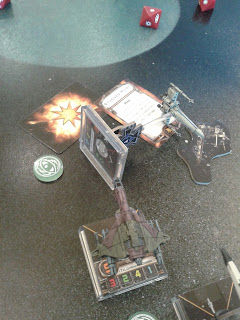 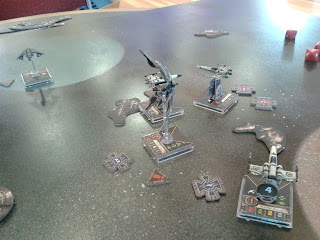 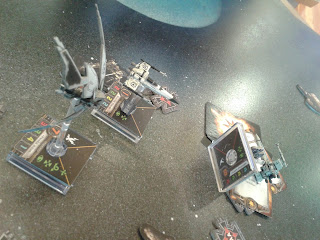 A very quick game, very expertly flown. By Chris, not me!

Cheers for the lesson Chris,