So, we set up again.

This time I set up on the left hand lane, while Dave thought to come around my flank with his aces of aces. The Inquisitor was not best pleased. 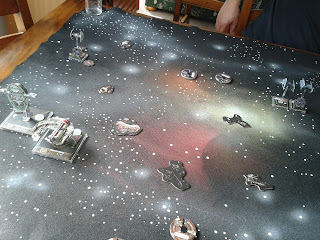 Though I guess he needn't have worried so much. 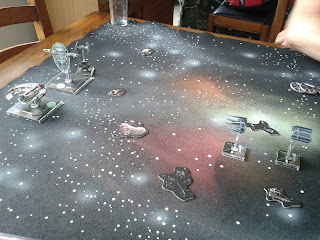 The big I zips past, Soontir scoots in behind, and Boba takes a hard right. 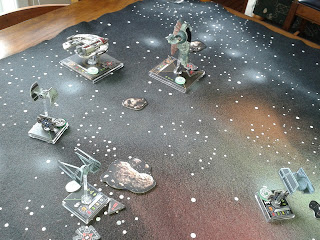 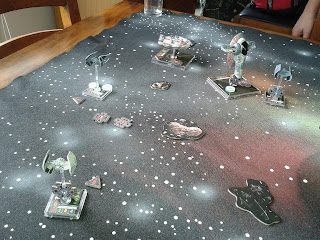 Doh! He got away. 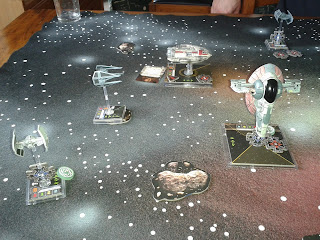 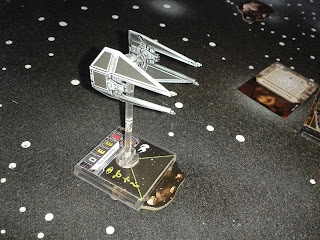 ...as Dave flew Soontir onto a rock. 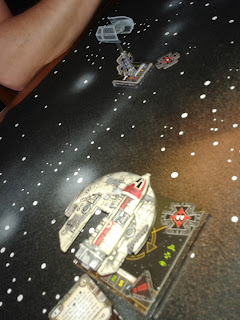 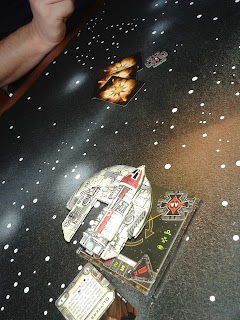 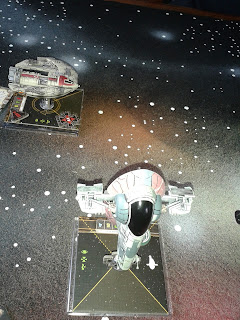 Including Soontir taking another damage getting off the 'roid. 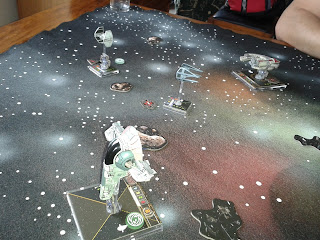 A tokenless one health Soontir... 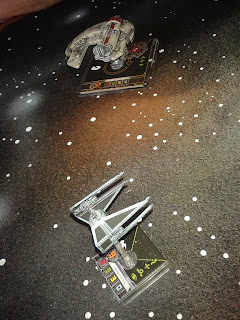 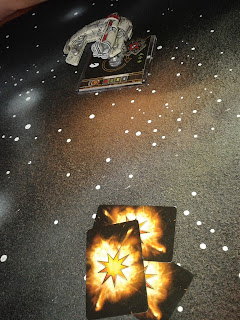 ...often ends up a dead Soontir! 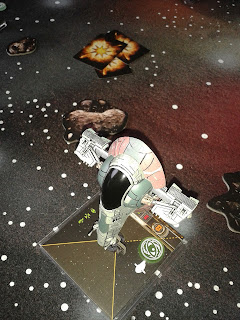 "Bro! You did it again! I was all ready to fire out my rear end!"

Which just left the Inquisitor. 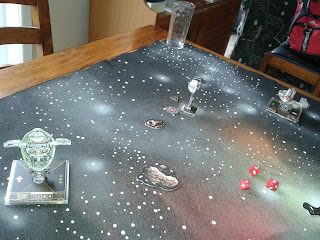 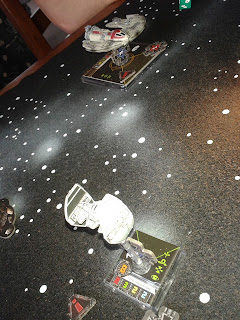 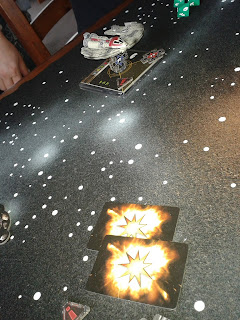 But not for very much longer.

Still not sure about my crew upgrades for the Brothers...

Anyhow, thanks for the game Dave, 'twas good fun!