Dogfight in a Phone Box

Yesterday morning, before heading out to Rogue One (one great movie!), Mark D came round to help me play with my new toys - the G-1A that I had won at Regionals but hadn't flown yet, and two Protectorate Starfighters that I had just bought a couple of days before. 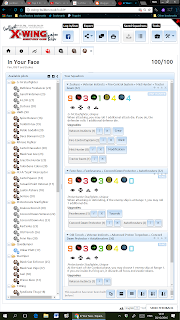 ...and selected for Mark these fellows... 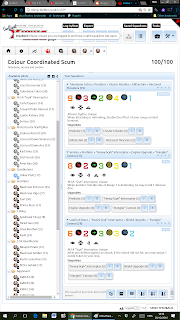 Cool, I thought, Mark is flying Talonbane straight at me. 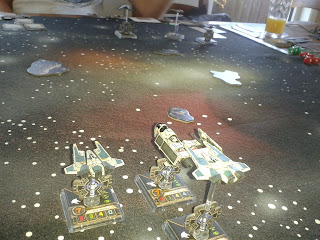 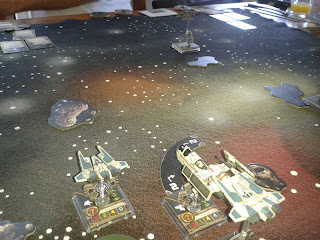 So I turned into the treat that was developing on my flank. 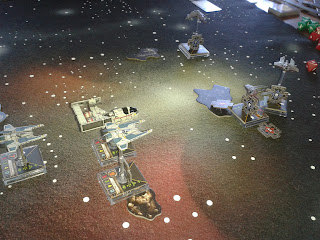 Mark also misjudged his own turn in, and flew Leanne (Leatin A'shera) into the debris field. 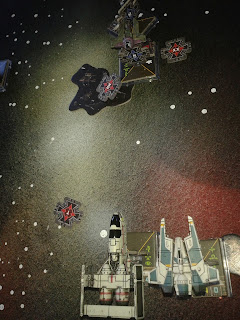 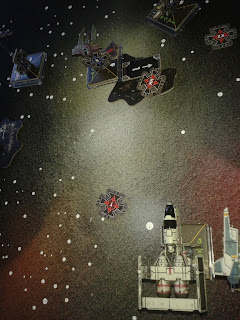 So I got Zuccus to tractor beam her deeper into it! 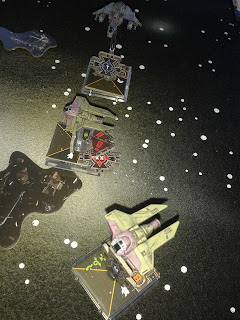 Can anyone say "double stress?"

Leanne flies straight out, right to where Old Terroch was waiting for her... 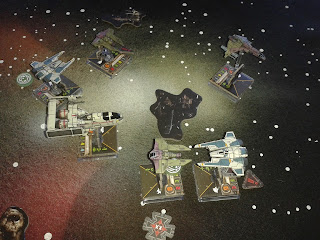 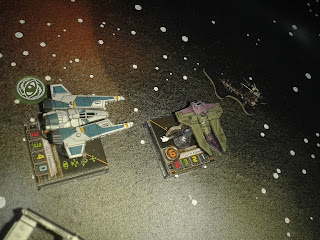 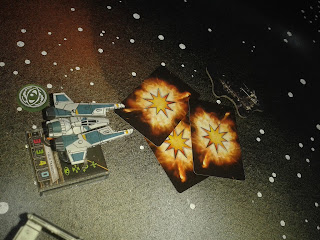 And at the very same time, even though Fen Rau had K Turned right in behind Serissu...he did diddly squat!

So we both set ourselves up for another pass. 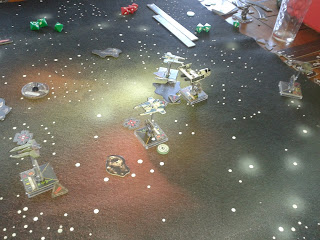 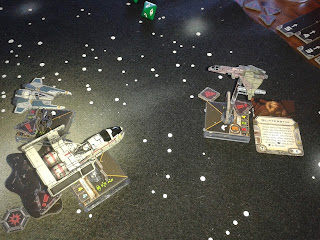 Zuccus once again TB'd his opponent, and this time dragged him a little closer to Old T...but to no effect. 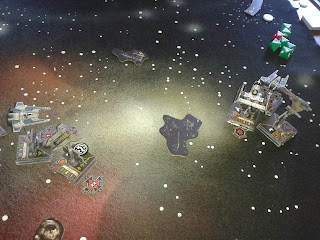 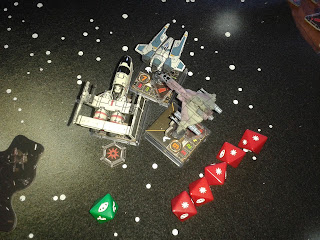 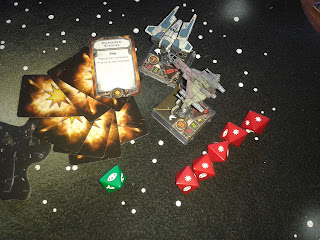 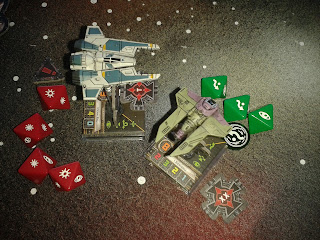 And once again Fen Rau failed to produce the goods.

And so it was that the fight was reduced to two on two. 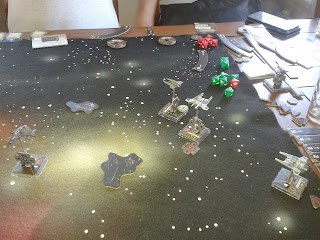 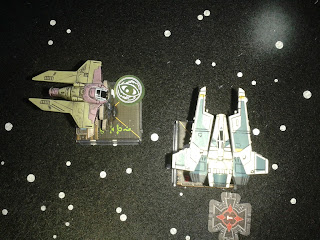 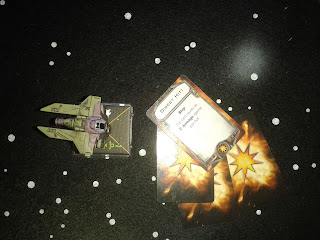 And so it was that the odds became 2:1 in Mark's favour. 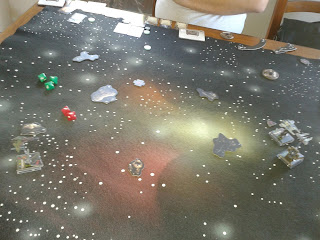 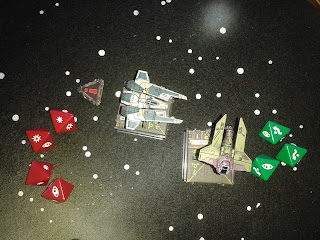 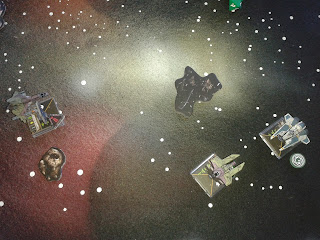 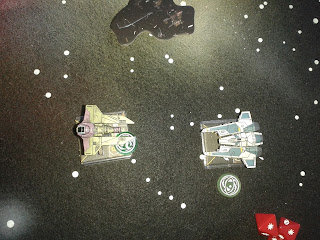 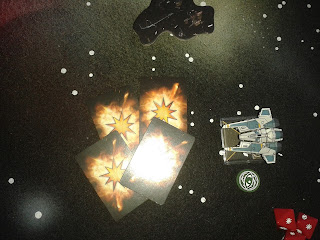 Now it was just ace on ace. Mano o' mano.

Mark had given me the initiative, so as he could react to my moves. Clever lad. 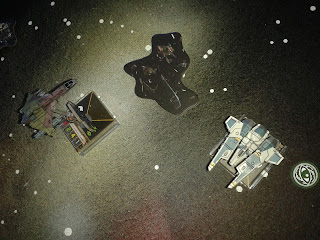 And so it was that he could barrel roll out of my firing arc while keeping me in his.

Again, we break and face each other once more. 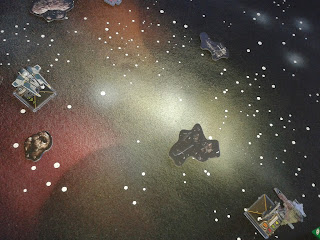 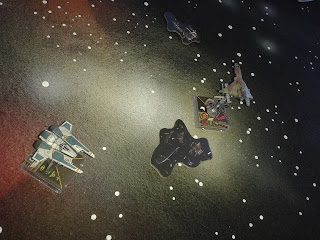 I wasn't expecting that! 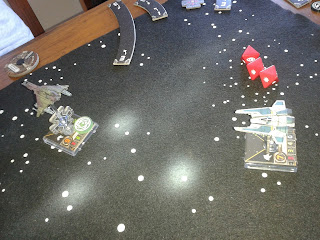 ...right before Talonbane jumped to lightspeed!

Time was called, a Star Wars movie awaited, and a draw was declared.

It was a great game thanks Mark! Lots of fun.