Here, within mere days shy of two years since starting, are my final Parthian fighting elements for my Parthian army. And so, my double DBA Parthian army is now complete. 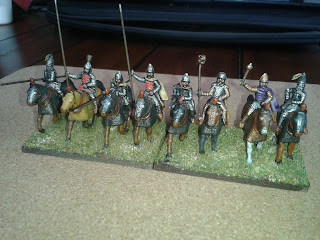 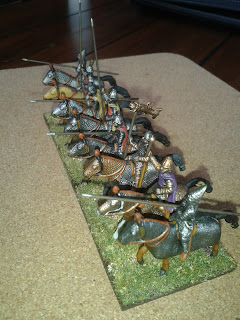 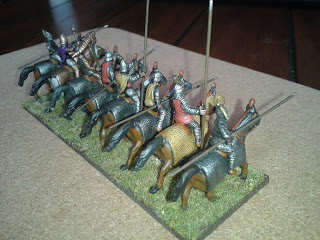 With these done I now have... 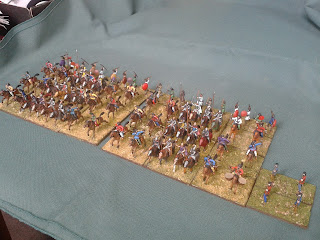 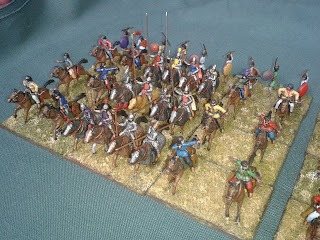 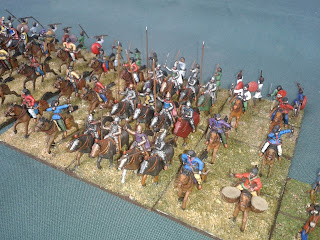 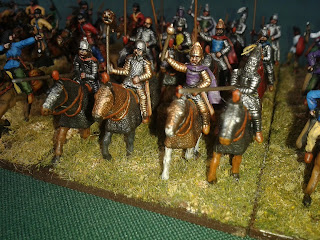 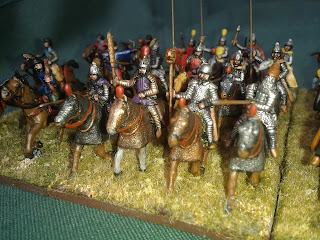 I can't make two all mounted Parthian armies (I'd need another three Light Horse elements and/or another five Cataphract elements to do that), but I do have enough numbers and variety to send two DBA armies up against my Later Republican and Early Imperial Romans.

I've still got five more Warmaster Ancients command (2Kn) elements to complete before I can say that all my Parthians are done, but...it's not every day one completes a DBA army, let alone two!