Ah, acronyms. Where would we be without them?!

As I am plodding away on some more Early Imperial Auxilia, I thought I might share some EIR command stands that I made up for War Master Ancients. 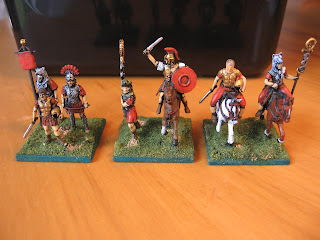 From left to right we have, well, the 3iC, 2iC and then the big man himself. Its his command. He's in charge, the boss, the head man, top dog, big cheese, a head honcho, number...

(100 points to the first person who can identify which movie that last sentence came from. And no cheating by copying it into Google!) 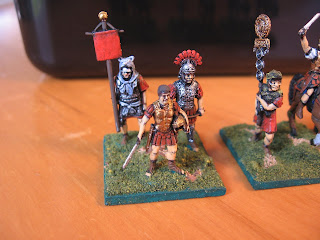 Interestingly, we have three different manufactures represented here - front to back we have Esci, Italeri and HaT. 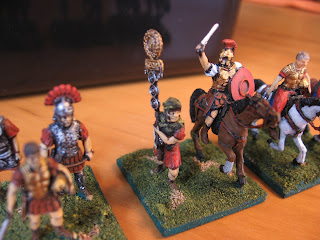 Then we have Italeri, HaT and Newline... 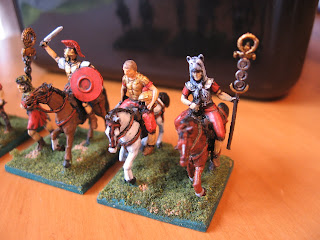 ...and finally Esci and Newline to finish.

I know these are ideally supposed to be on round stands so that they are distinct from the actual fighting stands, but, well, I didn't have any, and I can't cut them perfectly circular, which would bug me to no end!

In case you are wondering, the horses are actually 20mm metals from New Line (their Roman cav, if memory serves). I thought them to be too skinny to mix very successfully with 20mm plastics, but they look just the biz for these command stands.

As for the riders, well, one is a HaT Punic Roman, and the other two are a couple of my very early conversions - Esci Roman torsos atop Napoleonic cavalry legs. These were from the days before HaT (and then others) began producing any ancient cavalry in plastic (though, to be fair, Atlantic did bring some mounted Romans out ages back - never did see any over here in En Zed...).

A friend of mine told me how he made his (in fact, that mounted standard bearer is Mark's - all the way from the early 1990s!) and so that was the way mine were done until something better came along. As new ancient cav was produced, my early efforts were gradually replaced .

It's funny, my first DBA EIR army was comprised of Revel Pretorians (a bit of an odd set, but at the time it was marginally better value for money than the more accurate Esci Romans - and that was why I got into plastics in the first place - price!) with cav chopped up as above. Over the years, as I further understood what the EIR army actually looked like I gave away the legionaries (to Young Stan's son) in favour of the Esci ones, the Auxilia (again, from the same Revel set) to a chap in South Africa, pulled apart the cav in favour of the HaT EIR cav...in fact, my only converted cav figures from this first army that still remain are a couple of mounted archers that are now filling out my Sarmation army!

Oh, and in case anyone is wondering, those bases are 30mm by 30mm. They look much better than the 40 x 40 I initially used for my Raetian Goblin WMA Army.

I have finished my Flying Tommies...well, almost.

I've still got to find where I put the bear stuffing that I got from Robin for the trail of steam that will be pouring forth behind them.

But, for what they're worth... 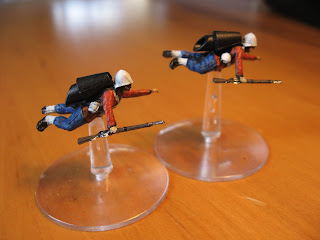 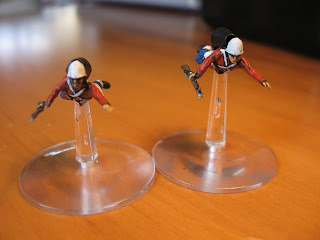 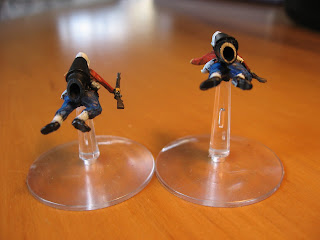 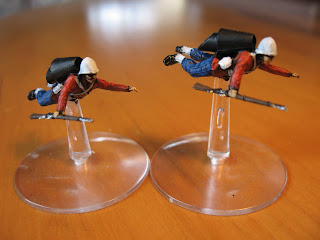 ...I think they're pretty cool!

Well, seeing as Christchurch had a rather large earthquake last Saturday (thankfully we received no damage, though there is a crack in the foundation of my classroom...I've been assured that it's nothing to worry about...though the the bent bolt that's holding up my IWB is a bit of a worry...), I've had a week off school.

So, what better way than to while away my time than to apply some paint to plastic?!

Here is my first squad of VSF Tommies. 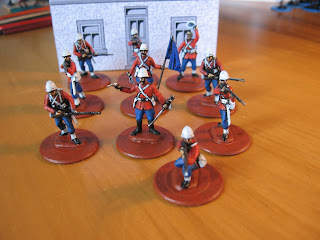 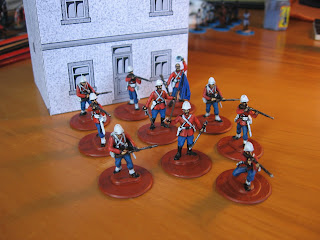 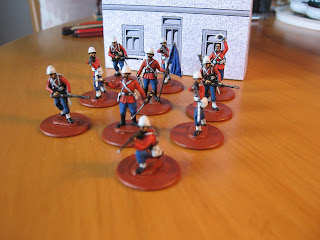 They are yet to have their bases completed, but so far, so good. I'm working on my own Very Simple Victorian Sci Fi Skirmish Rules (v. 3), which I have yet to play test, but hey - you can't paint and play!

I'm hoping to get the Steam Pack Rocketeers finished this weekend, (as well as some Early Imperial Romans for HOTT and WMA) but we'll see...