Here I have the final summation of my holiday's work. My Early German Dragon! 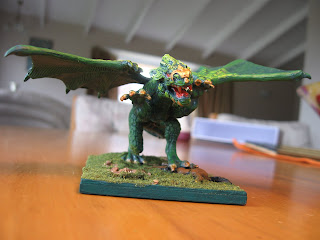 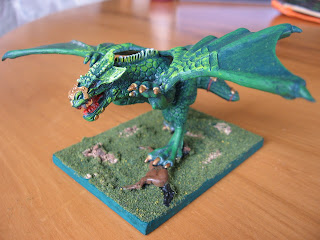 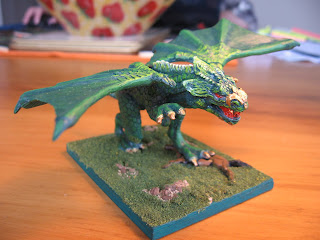 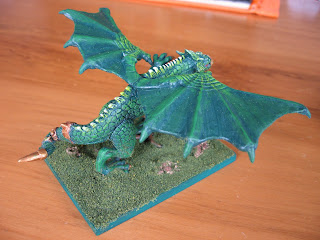 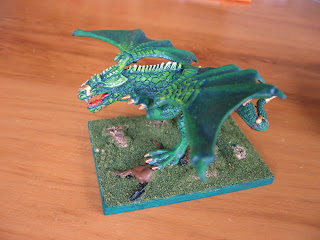 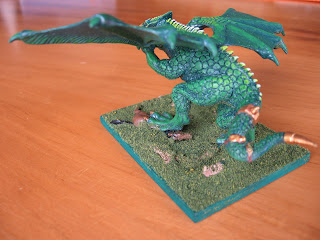 I'll use it alongside my Early German Ghosties to scare the pants off my EIRs. 'Cept the EIR Legionaries aren't wearing any pants...ah well, you get the idea.

In case anyone is wondering, the squished horse is a munted HaT Numidian animal that, due to some injudicious application of a craft knife was missing its hooves down its right side. So I just chopped it length ways down the middle and presto!

I'm quite looking forward to using this in a HOTT game. Could even use it for some VSF adventuring too, I guess.

I've got one other dragon to finish - a skeletal one for my Skellies, funnily enough. Another $2 Shop toy, as it happens. Its the only way I could afford these things!

Here is the summation of my Term 3 holidays! 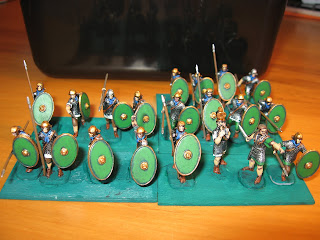 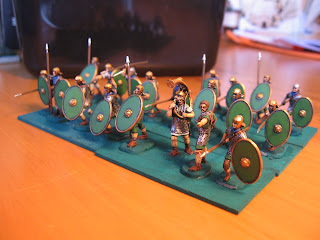 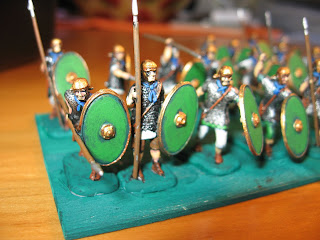 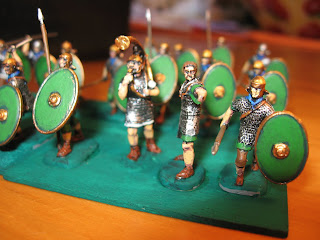 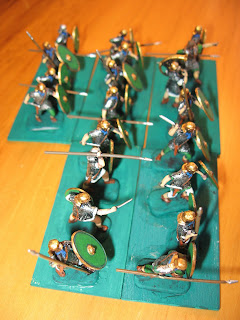 The grunts are HaT Early Imperial Auxilia, the commander is from HaT's Roman Artillery and the Cornican dude is an Italeri Late Republican Roman figure. All painted with [pretty much] two layers (a dark shade with a lighter highlight) atop a black undercoat.

The primary difference between these Ax and my earlier ones is that these now have brass (actually Dwarf Bronze highlighted with Shining Gold) shield bosses and rims.

That's all of my EIR Ax infantry finished.

Then on to the Sarmatians...and Parthians...and Indians...and Macedonians...and Greeks...and Persians...as well as a smattering of others, like my Early Germans. Of which I have at least base coated the Dragon!

So many dollies, so little time... 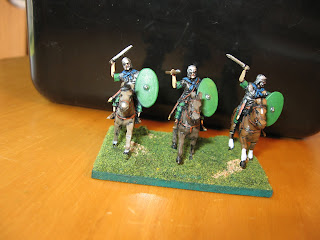 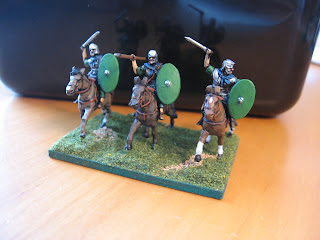 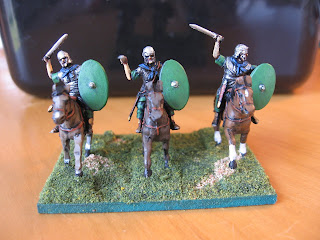 These are HaT figures straight from the box. I thought they came out rather well.

Hopefully, before the holidays are out I'll have some Auxilia Infantry completed as well. Perhaps even an Early German Dragon! But we'll see. It's back to school on Monday to start gearing up for the coming term...