Last game of the day, time to bring out the last army. Alas, my Horde army was up against Mark's My Little Pony Knights. Opps!

I bunched my boys together, with the Behemoth and Blade General on one flank, and the Riders and Beasts on the other. 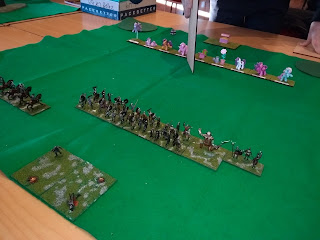 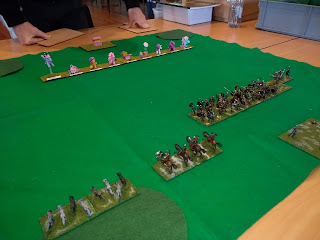 Mark lined up his girls flanking his Artillery and Sneaker. With his Aerial Hero on his right. 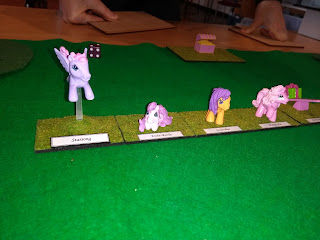 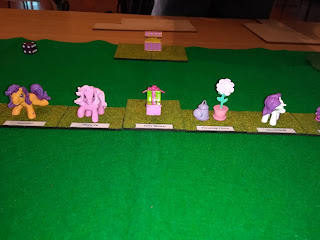 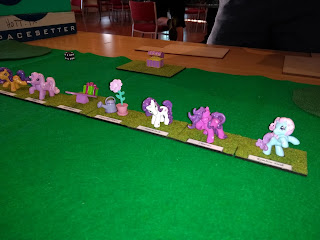 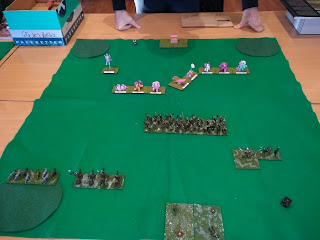 I figure the Hordes are going to die anyway, so I send them forward, hoping that they will reappear quick enough to form a second line to my rear, whilst my flanks to their thing. 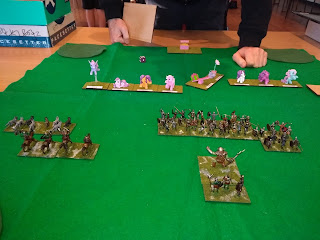 And so, my left flank at least started to do it's thing. 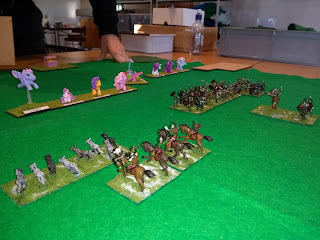 All while my other flank, seeing as Mark had delayed his advance opposite my right, starts rushing across the field to bolster my left. 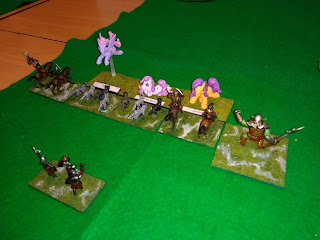 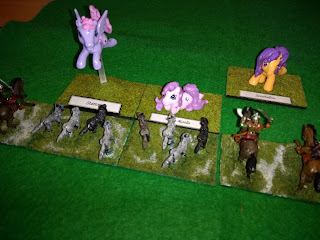 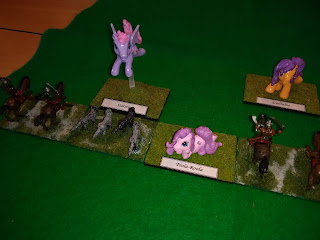 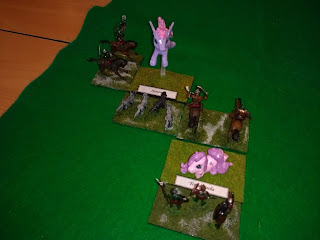 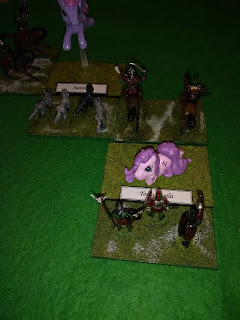 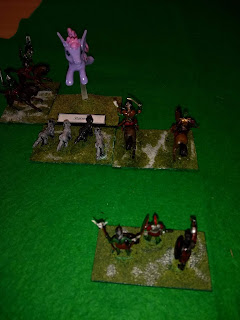 ...and Toola-Roola gets her pony tail cut... 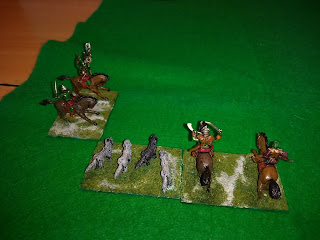 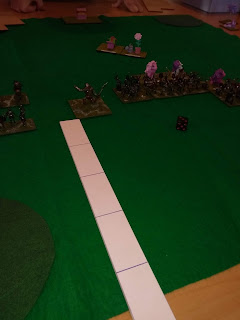 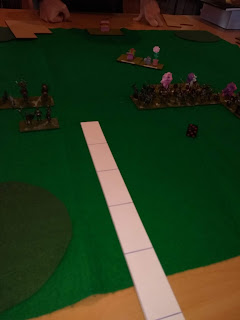 ...my Troll gets taken out by special delivery! 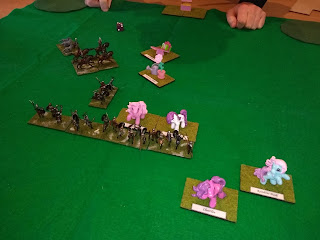 As is an appropriate thing for Hordes to do. 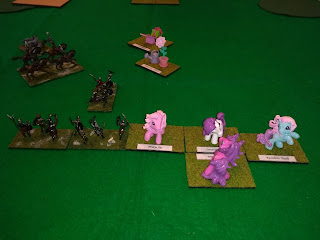 However, with their own right flank collapsed... 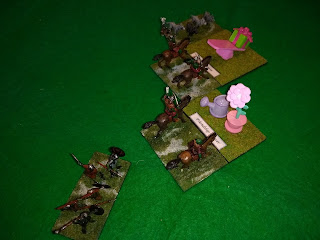 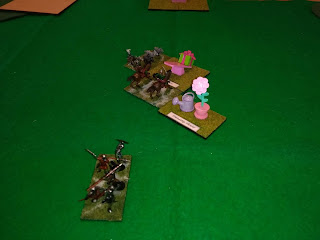 And that was the game. With a crap load of goblins slaughtered, that lost rider pushed the Raetians over the edge.

Still, it was a much closer game than I had thought it would be.