Now that mid year reports are over (or at least delivered to team leaders for approval), I thought that I'd share a fun game of Robo Rally with y'all. Four players (me, Matthew (my son), Andrew and Mark), two 'bots each, one board, four flags. 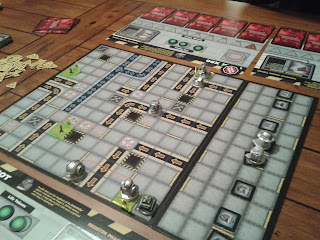 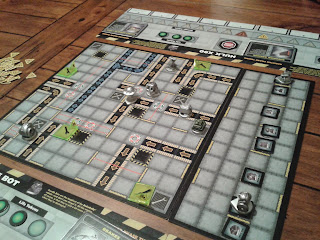 Beginning of the second turn, and already my Trundle Bot had already fallen off the edge of the board - I was surprised that he, and Twonky, my other bot, had survived [almost] to the end of the round - I had mixed up their programming. I gave Trundle Bot Twonky's programme, and visa versa! 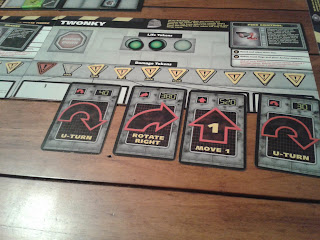 This was Twonky's board at the end of the round. All of those move registers are locked - he had to do them, regardless of where they took him. I could only give him one fresh card...he was about to die a second time! 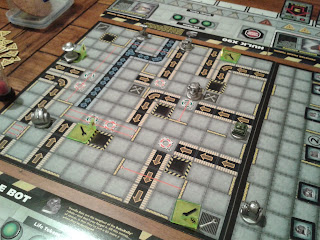 You'll notice that Matthew has managed to get his Spinbot to the first flag. He's really good at this game. 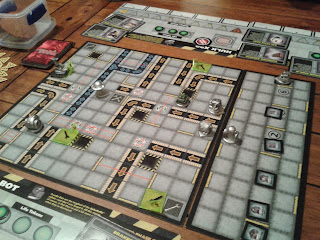 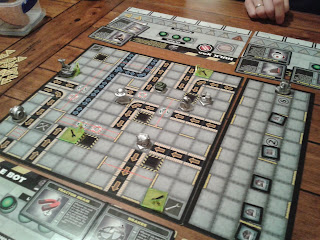 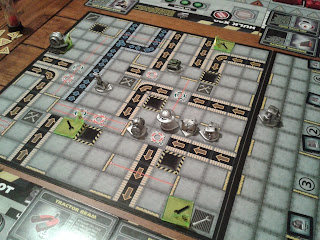 This conga line was particularly deadly for poor Twonky, stuck as he was between two lasers pointing his way. At least Andrew's Hammer Bot, with it's high powered laser upgrade, was also giving Matthew's Spin Bot some grief as well. 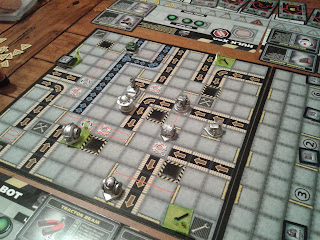 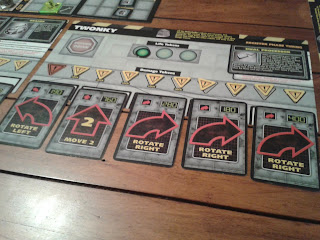 Two rounds later, that's what Twonky's board looked like. All locked up! Last life too... 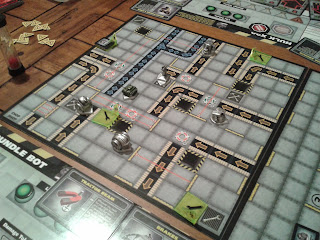 ...so he didn't survive for the last round!
We called it there, as 7 Days was about to start. Matthew was declared the winner.
And a good time was had by all!
Nick