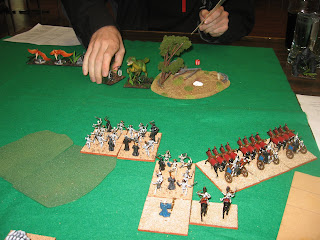 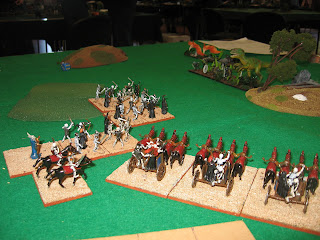 I advanced on my right, Mark advanced on his right and we tried to meet somewhere in the middle. 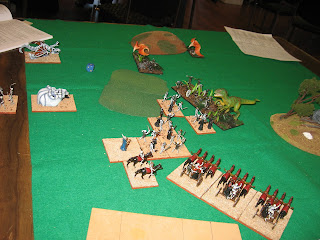 And lo and behold, my Dragon arrived on the field. Horrah! 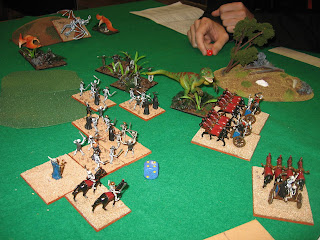 Mark advanced his Behemoth with the intention of running down an easy Horde. I interupted his plans with my Hero and a supporting Knight. 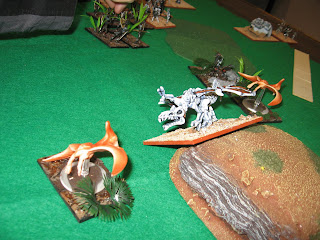 In the meantime I advanced the Dragon, thinking that he'd whet his appetite with a flyer. 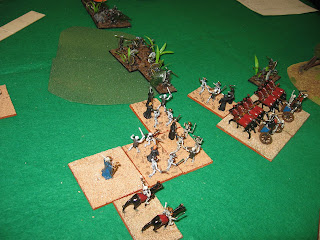 Mark's Behemoth stuck around long enough for me to bring up the aforementioned targeted Horde to help beat up the Behemoth, and low it was indeed beat up. 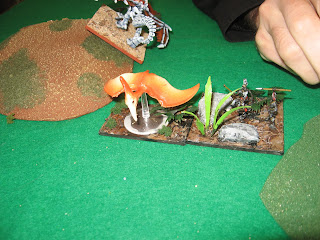 In the east the Dragon kept struggling with the Flyer (oh come on - factor +6 to factor +2...come on...), while Mark continued to advance his Magician and second Flyer. 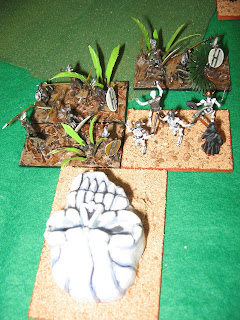 While all this was happening, Mark's warband burst through the bad going and charged into my Stronghold. My Hordes that I brought back to stop them, well, didn't! 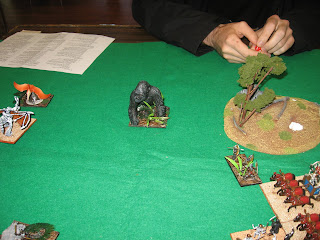 And low and behold, Mark's God turned up... 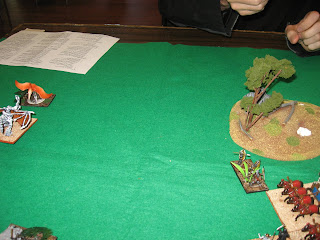 ...and left the next turn! Much to the amusement of all who witnessed it! 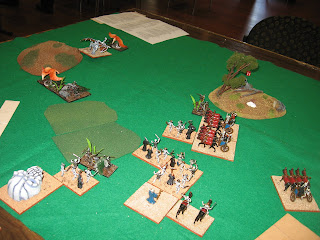 The same turn that his warband squashed themselves against my Stronghold. And that was the game. 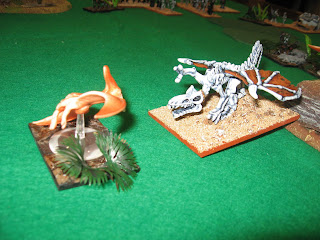 The Dragon never did cut down it's opponent. Useless!