River, two pieces of rough, one steep hill in the corner. 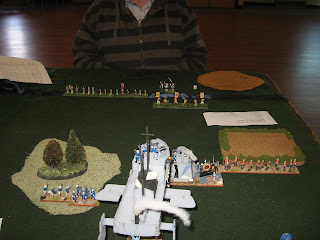 The Samurai deployed across the river, and then proceeded to come forward. As did I, though the rough going did slow things up a tad. 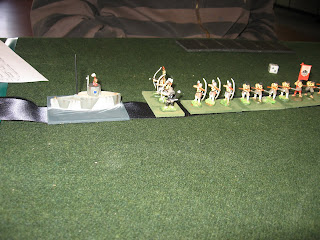 As his line advanced up popped my water lurker. He didn't last too long - after a couple of recoils in hand to hand, he was sunk with a flurry of arrows from a distance. 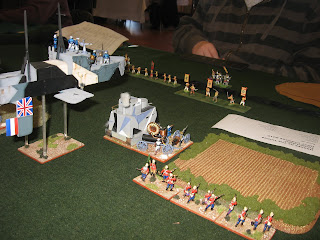 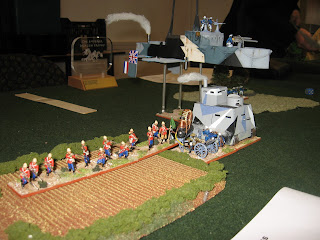 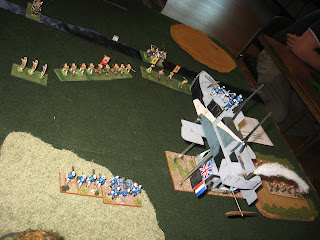 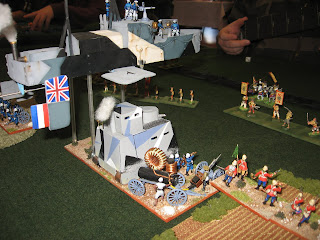 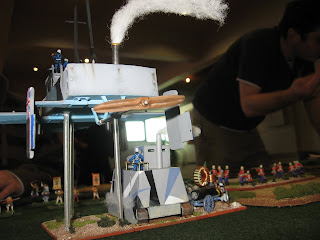 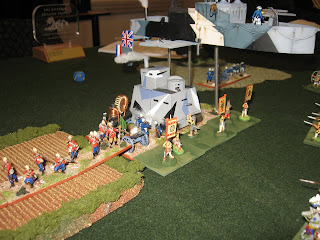 The trio of Samuri Heroes pile in vs. my Magician General, Behemoth and Airboat. 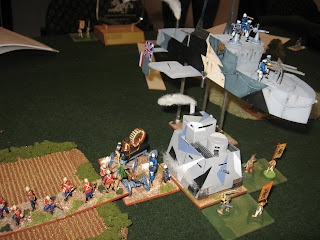 One Hero was quickly ensorcelled... 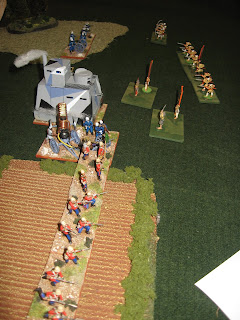 ...and the Airboat was also brought down in a hurry! Bother. There was now a jolly big hole in the centre of my line. 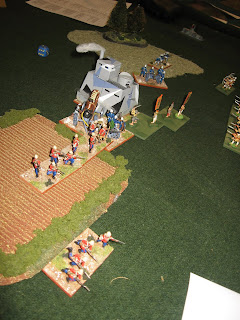 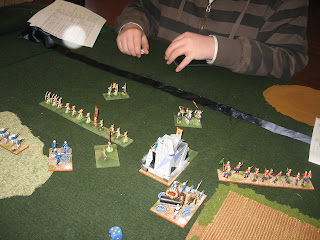 The battle for the centre continues. I try to bring my shooters on the flank into the the fight, and peel one off to lure the Samurai Hero from the flank of my Steam Tank. Thankfully, it worked. 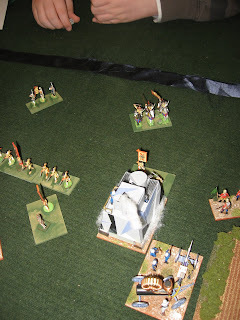 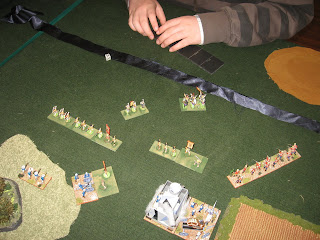 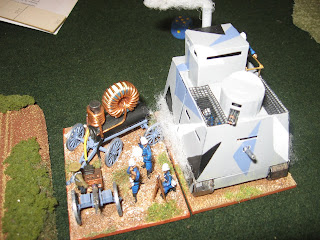 The battle for the centre swung back and forth as time also ticked away. With this round drawing to a close, Joe charged his Hero into my Gattling Gun (finally running it down), and charging his Riders into my line of Shooters to the East, who cut his cav to pieces.

With time finally called, it was decided that the game was a draw, although to be fair I won by one point!