What a Time to Forget the Camera! 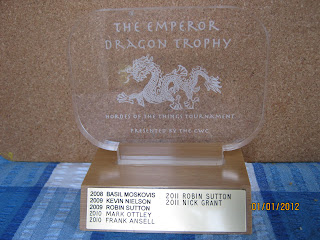 At one point I rolled a 6 - did I bring on the God? No, I did not. Instead I took advantage of the tactical situation which took out one element, turned Gordan's flank and set up the rest of the game. All with only 18 AP on the board. The God and the Lurkers never did get deployed!

Robin with have some shots of the day on his blog, including a complete write up of my Early Germans against his own VSF Brits.

All in all a great time was had by all! Lots of fun.