May the Fourth, Game 2

This was a scenario, straight out of the rule book. The imperials had to scan/capture all four satellites at the Rebel end of the board and get at least one of them off their edge. The Rebels had to stop them, and could replace any losses with a Rookie X Wing, pilot skill 0.

This time I was up against Zane who was flying Soontir Fel, another TIE I Ace, whose name escapes me, and Vader, all pimped out with stealth devises (I think), push the limit and engine upgrades. So, if you want to get in there quick, pick something up and scoot away again, these'd be the bods to do it.

Early in the game, that looked exactly like what was going to happen. They screamed in (as befits TIE fighters)... 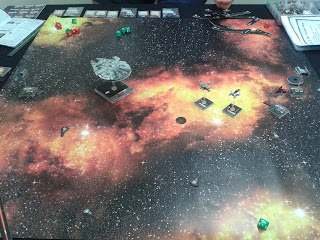 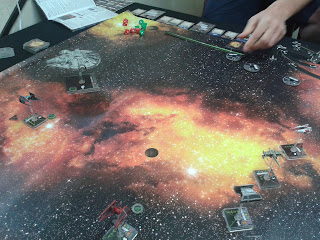 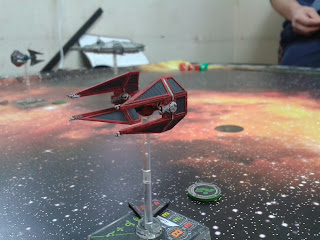 ...and then tried to zip out again. 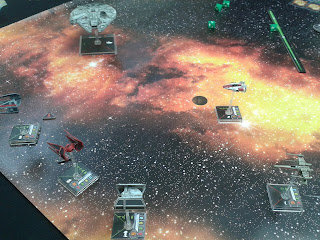 However, the Falcon had scored at least one hull point of damage on Soontir as he came in, so, as Soontir was making a run for home... 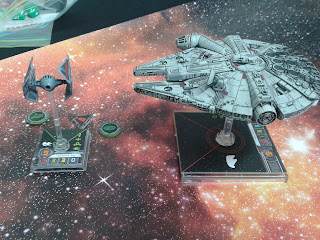 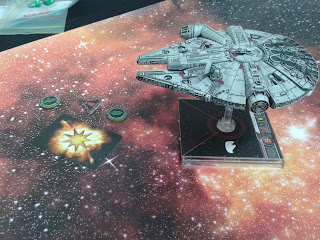 Han finished him up. (And up to this point I felt sure that I'd never catch any of 'em!) 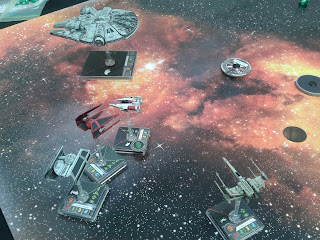 Then Wedge managed to get on the tail of...the other Ace...and... 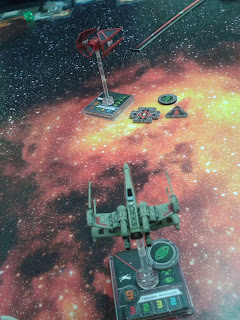 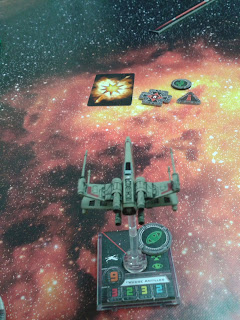 Which just left Vader. Zane had him put on the breaks and Wedge flew right past him. 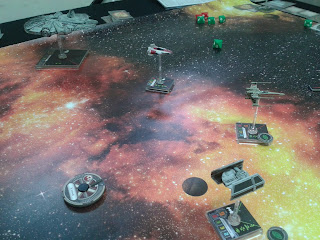 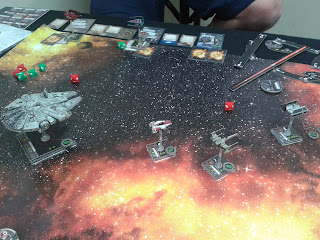 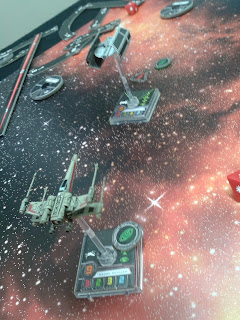 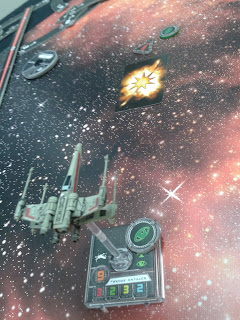 That was the end of that!

A thoroughly enjoyable game full of suspense and unexpected twists. If Wedge had missed, Vader would have left him for dust.

Thanks Zane, that was a lot of fun!