May the Fourth, Game 3

And now it's down to the wire. Two games so far, two wins. Now it was time for the top of the table bash. Against...aw crap, I've forgotten his name. Zane's lad. Mitchel? No...mmm...Josh...Jacob...? Oh rats! Nice guy, very enthusiastic about the event, and enjoying himself immensely.

I knew I should have taken notes...

I knew I should have taken notes...

This was a straight up shoot-em-up.

So, we closed, one Firespray on each flank. 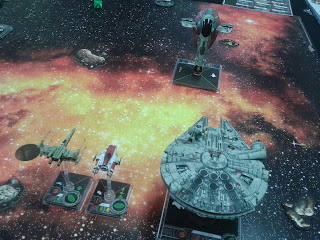 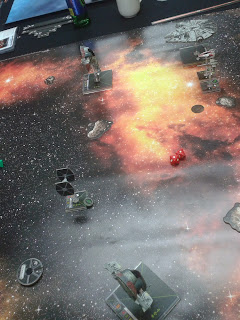 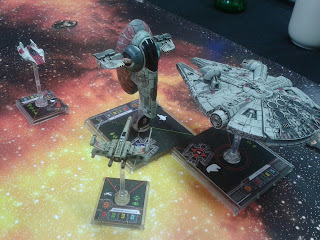 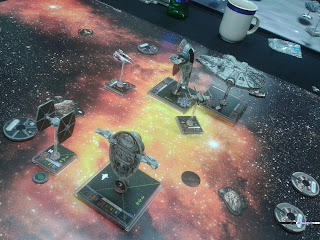 I decided to try to concentrate my fire on my right, and was able to take a fair toll on the eastern Firespray.

Owing to the lack of space, I flew the Falcon to the north, letting it's turret do the talking, while the fighters continued to take chunks out of those FSs. 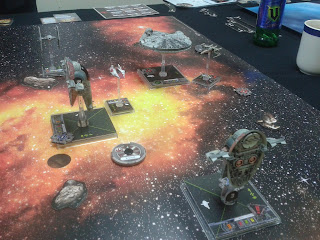 Even though most of the action was happening to the south, Han was still able to deal with the TIE in the north. 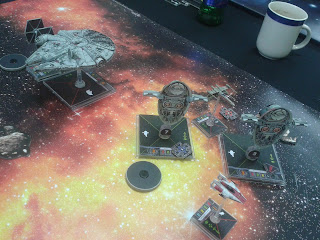 You gotta love the sharp 1 turn on the Falcon!

And, owing to his high pilot skill... 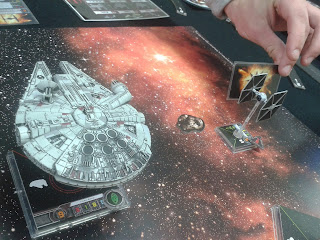 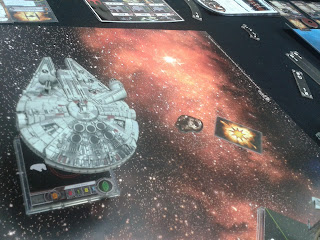 Unfortunately, my noble opponent saw Wedge as his biggest threat, so, well... 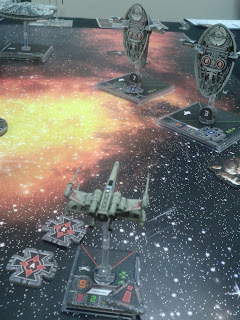 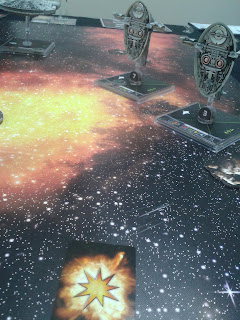 Darn those Firesprays being able to shoot backwards!

However, by this time, the cracks were beginning to show on that second FS. 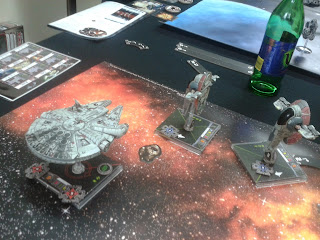 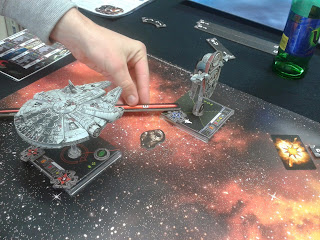 You gotta love the Falcon's turret!

However, both big based ships were fast running out of room at the top of the mat! 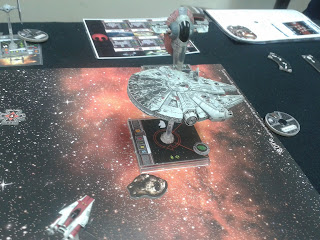 The remaining Bounty Hunter zooms past, and the Falcon tucks in behind. 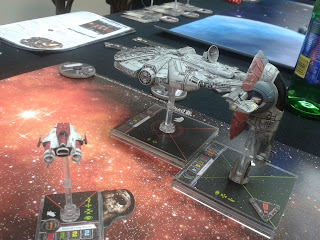 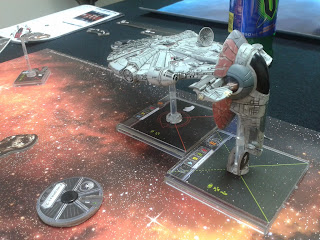 ...it was the A Wing that delivered the coup de grâce! 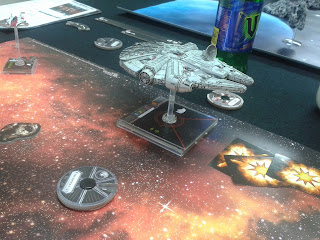 And that was the day. Three games, three wins, and a great time was had by all!

I have to say that both Wedge and Han make an awesome team. Wedge took out more ships, but...the Falcon...what can I say? She may not look like much but she's got it where it counts!