Yesterday I had my first game in ages. It's been a busy old term...

Anyhow, Tim invited me round to his place for an afternoon of gaming, so I broke out my newly purchased (or received - these were the last of my parent's voucher from last year) Scum and Villainy, Zeds and M3 Interceptors. 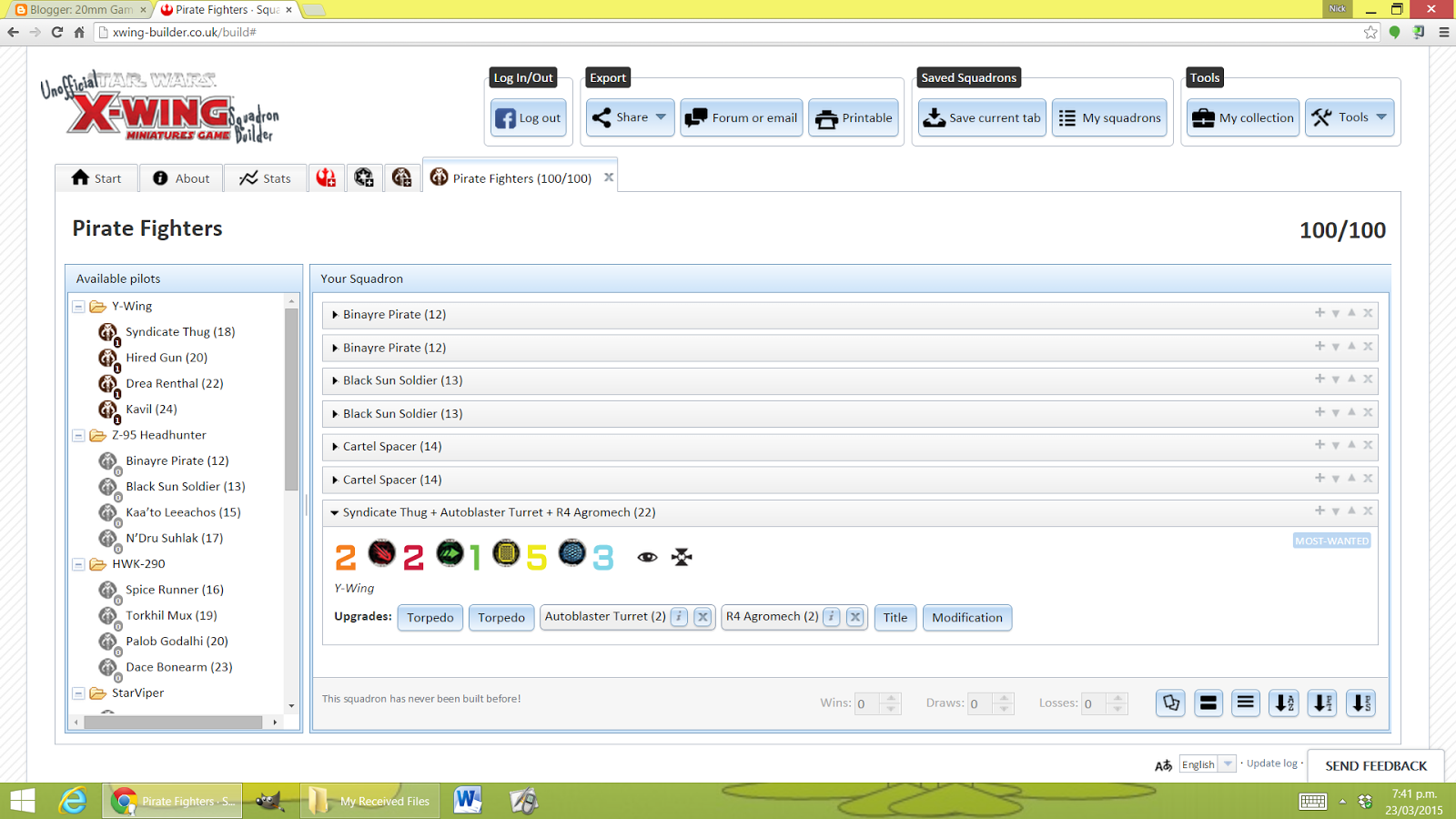 To go up against my seven wee fighters, Ben broke out the big guns... 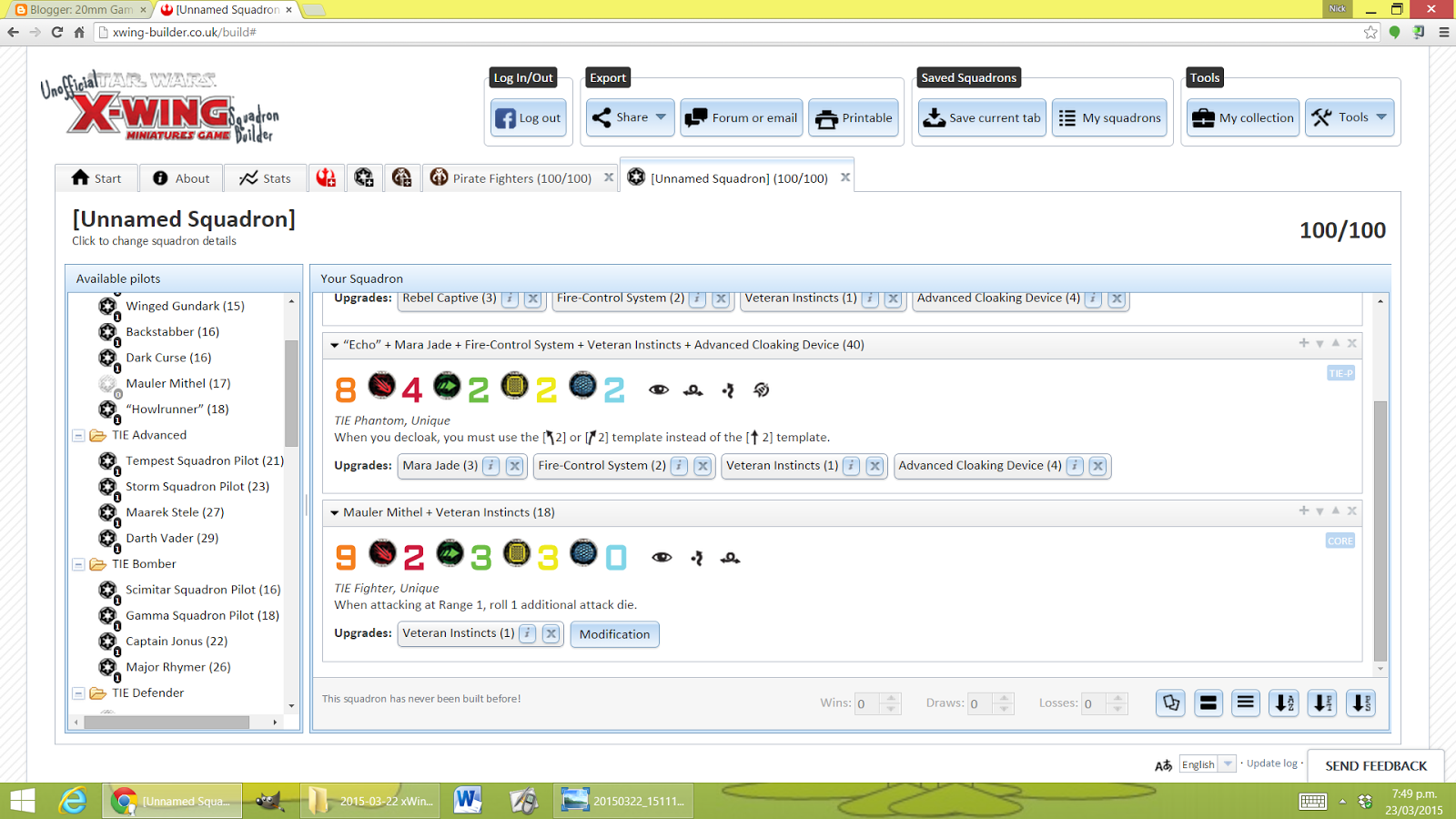 Anyhow, the asteroids left a bit of a chute down my left which allowed for a bit of a formation to congregate, while Ben zipped up the middle. 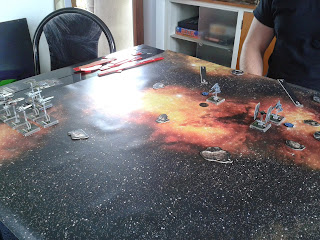 I was able to keep my formation wheeling right...beyond all expectations...mine, that is...while Ben split his formation to send Mauler to bother my flank. 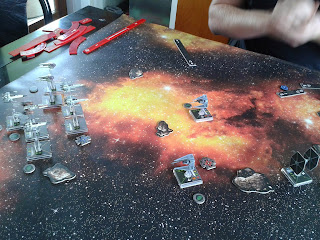 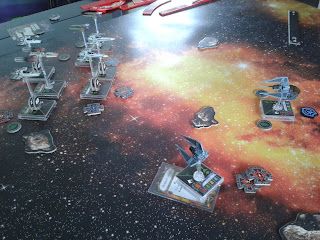 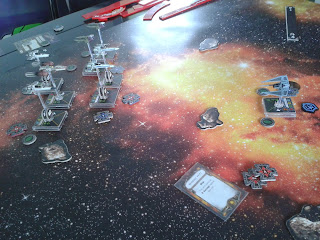 ...it wasn't all bad! Ha! Echo taken out by a bunch of two shot shooters! 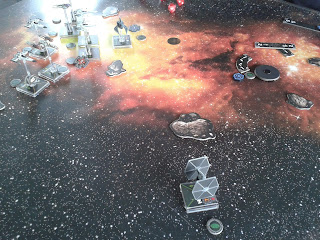 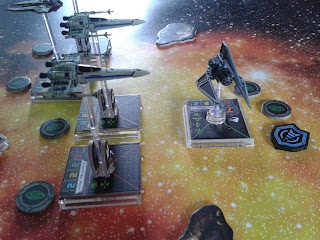 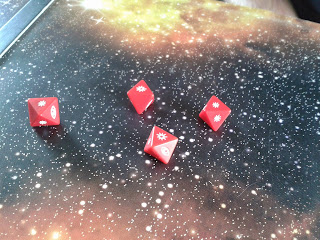 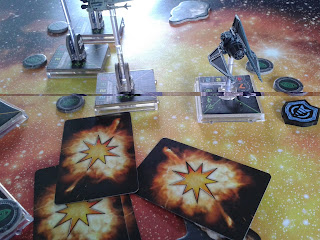 ...Boom! There goes one of my Binarye pirates. 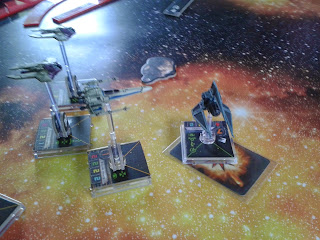 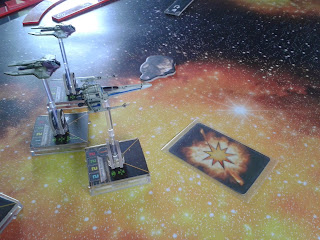 ...a bunch of points to me! Whisper taken out by a trio of pee shooters! 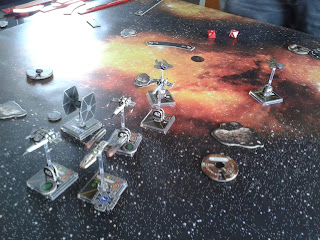 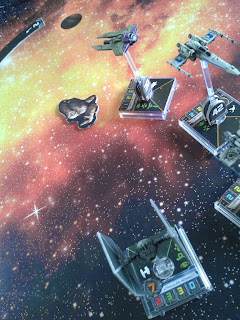 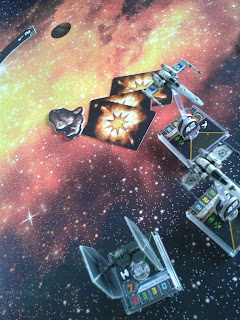 ...was not without his bite. 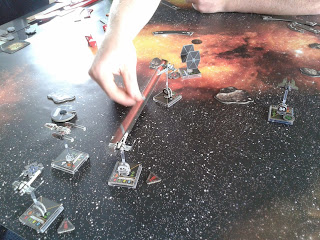 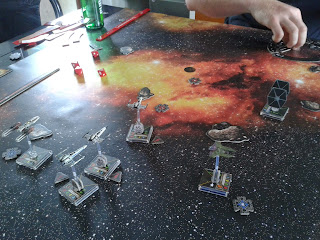 Now that was a fun game!