And so it came down to it. Three games, two wins...according to the established pattern, it was time for another comprehensive win!! 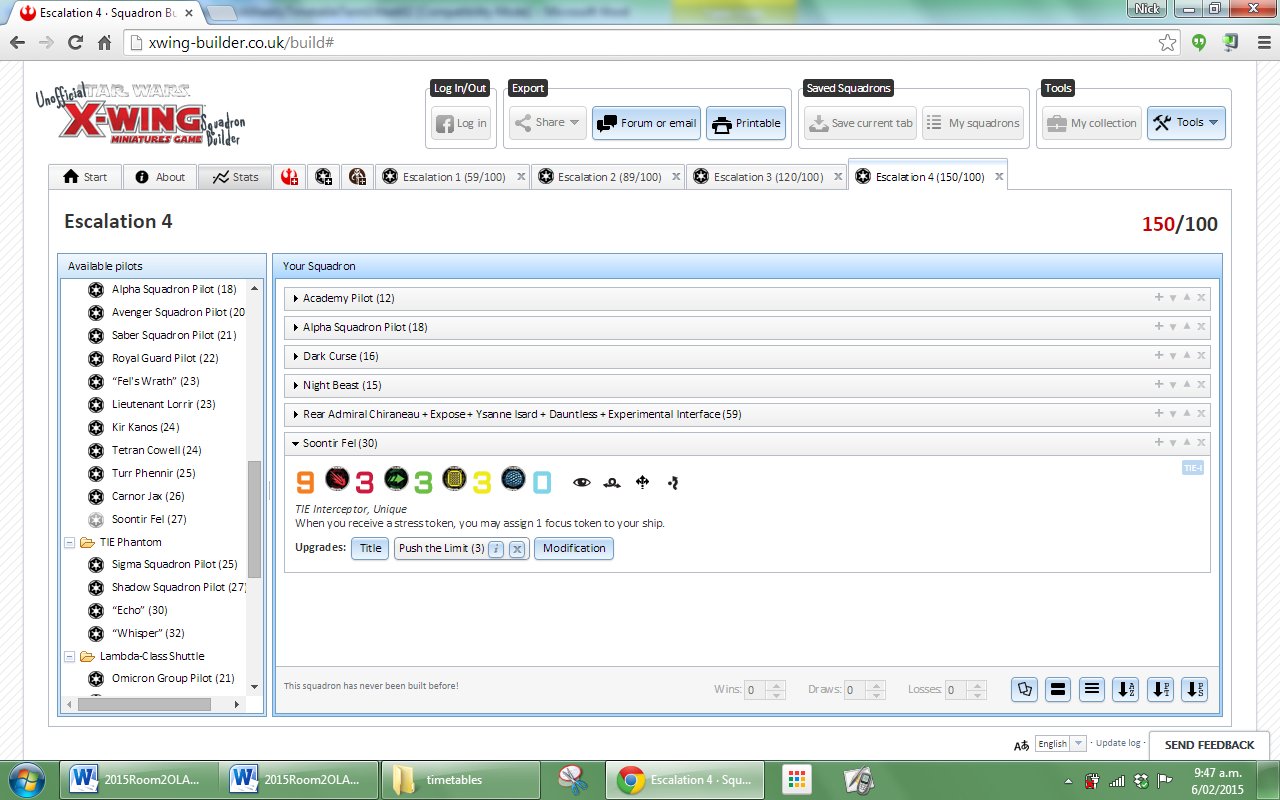 Soontir Fell, with Push the Limit.

Again my opponent - Jonathan this time - obliged by setting up his [Fattish] Han head to head, with the intention of pinning me to the front and buzzing around the fringes with his A Wing Aces, so I was able to concentrate my fire... 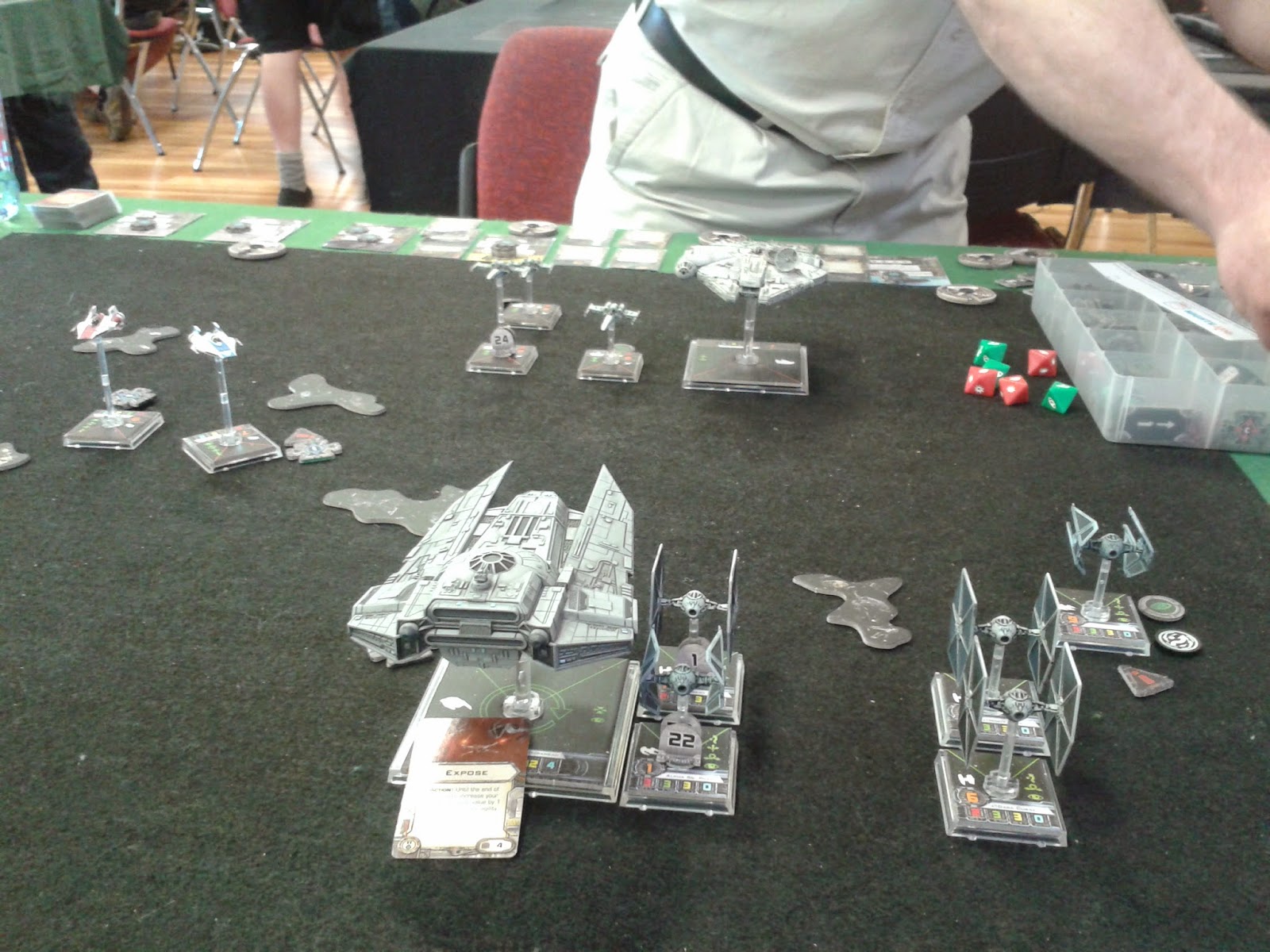 ...whilst, and at the same time, avoiding at least a few of his fire arcs. 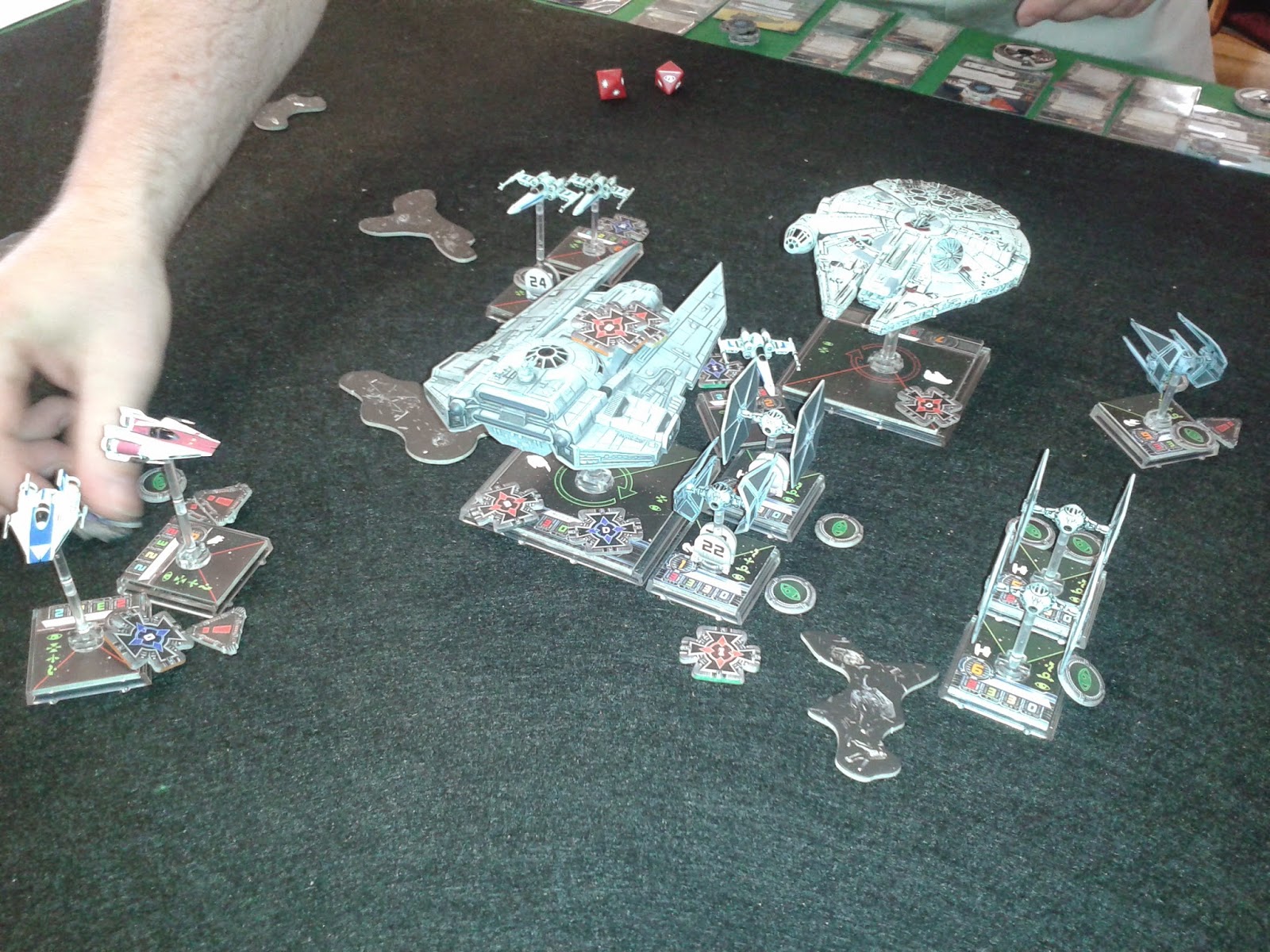 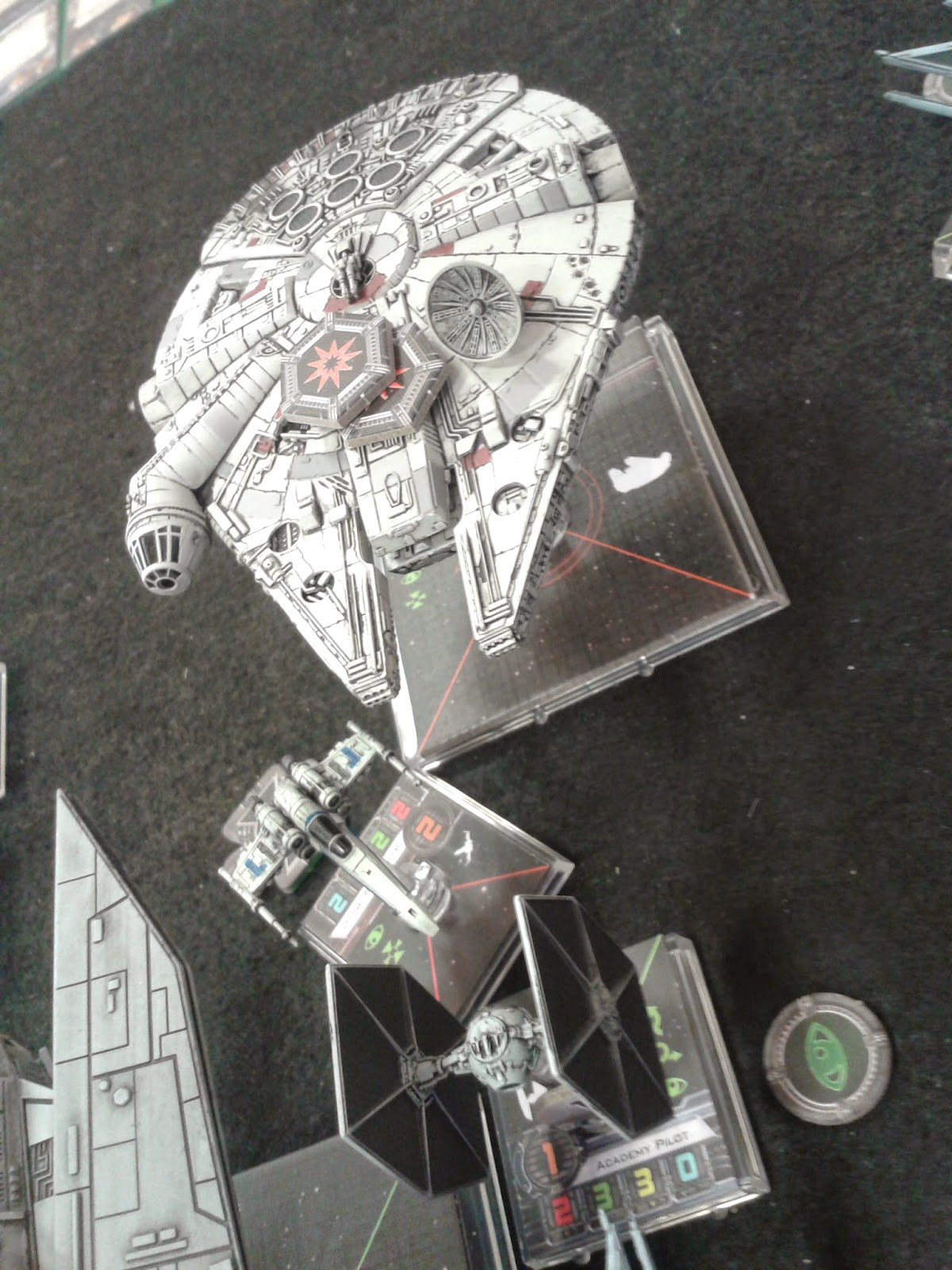 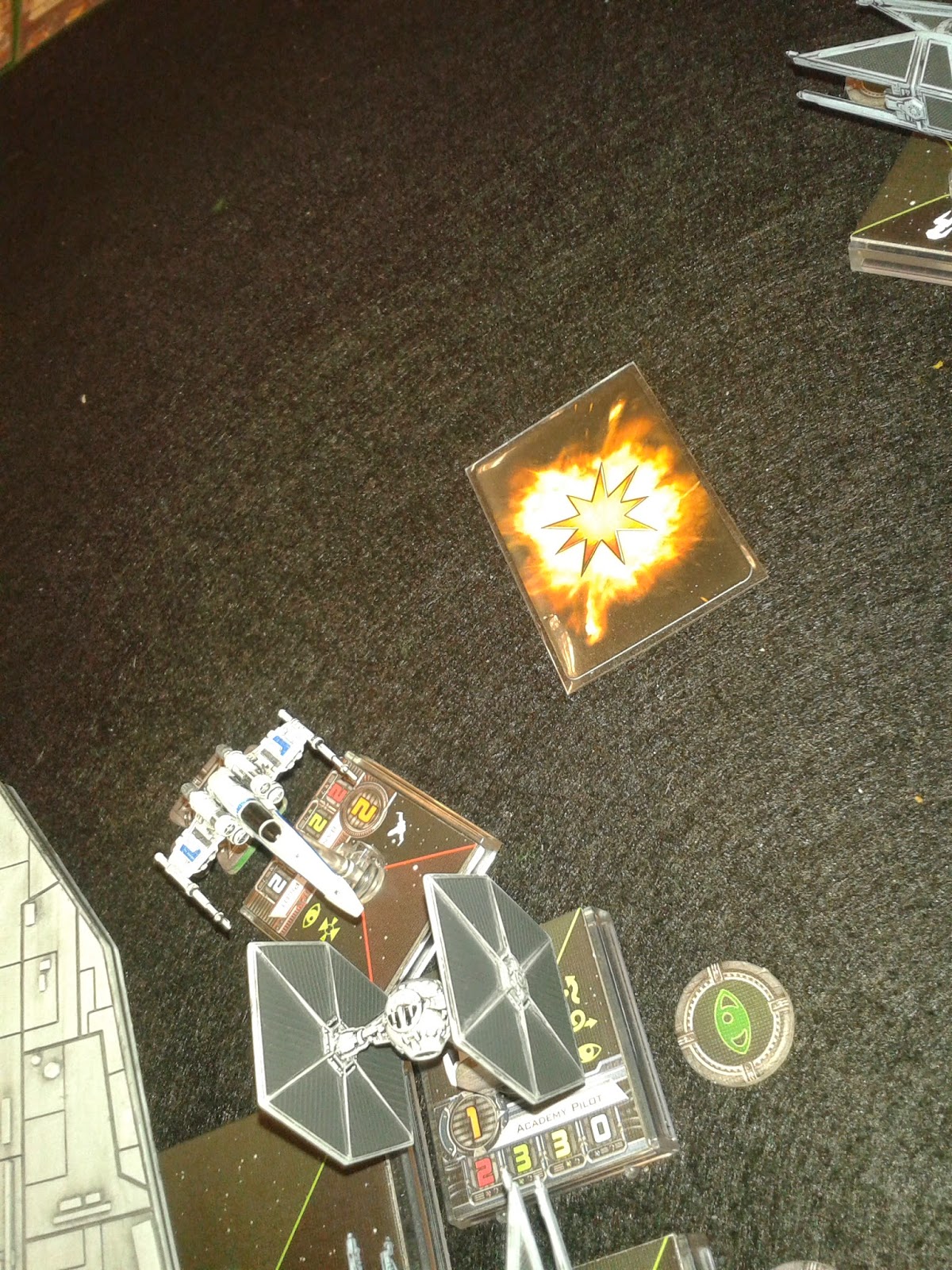 With the Tie Interceptor... 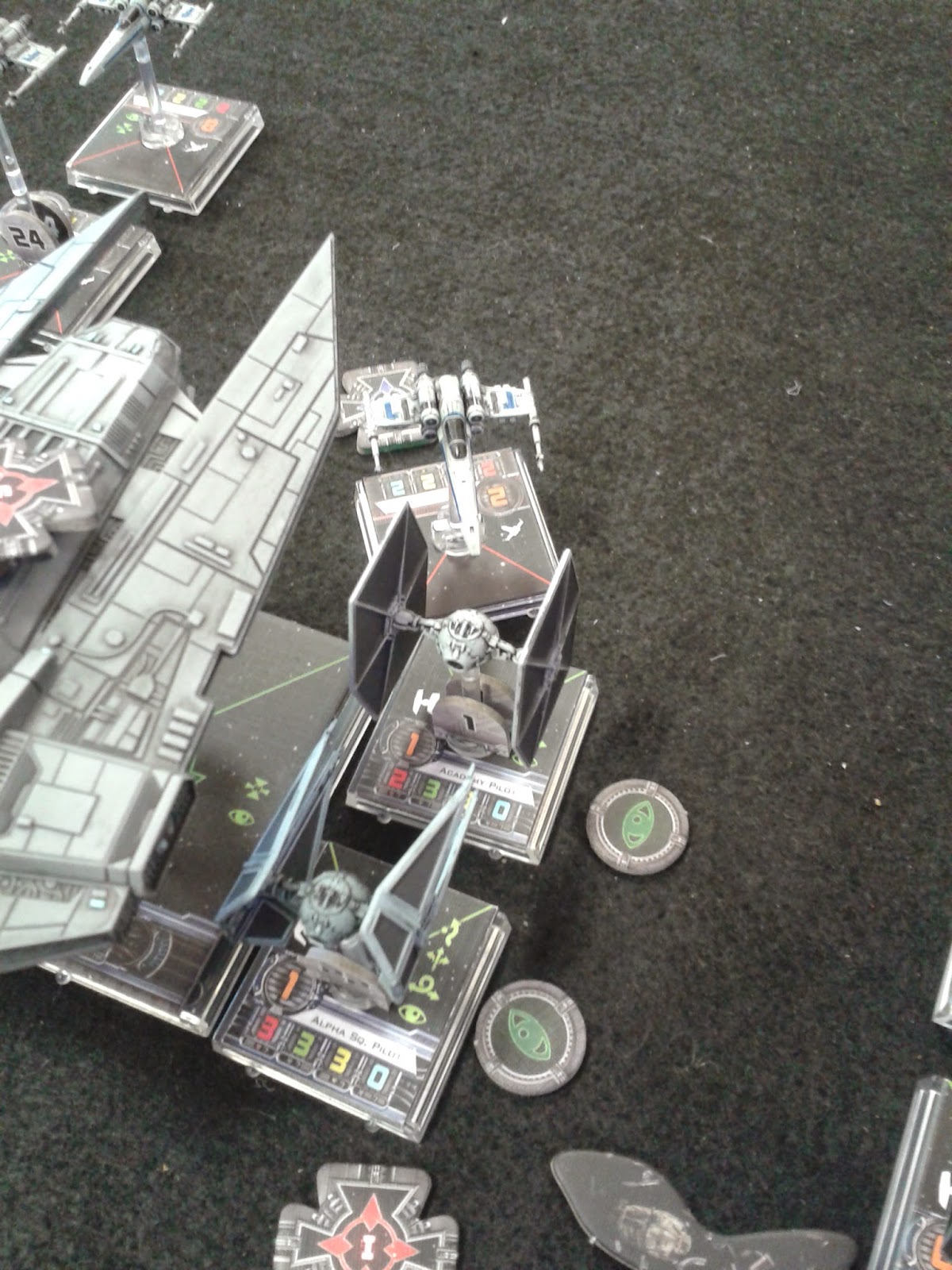 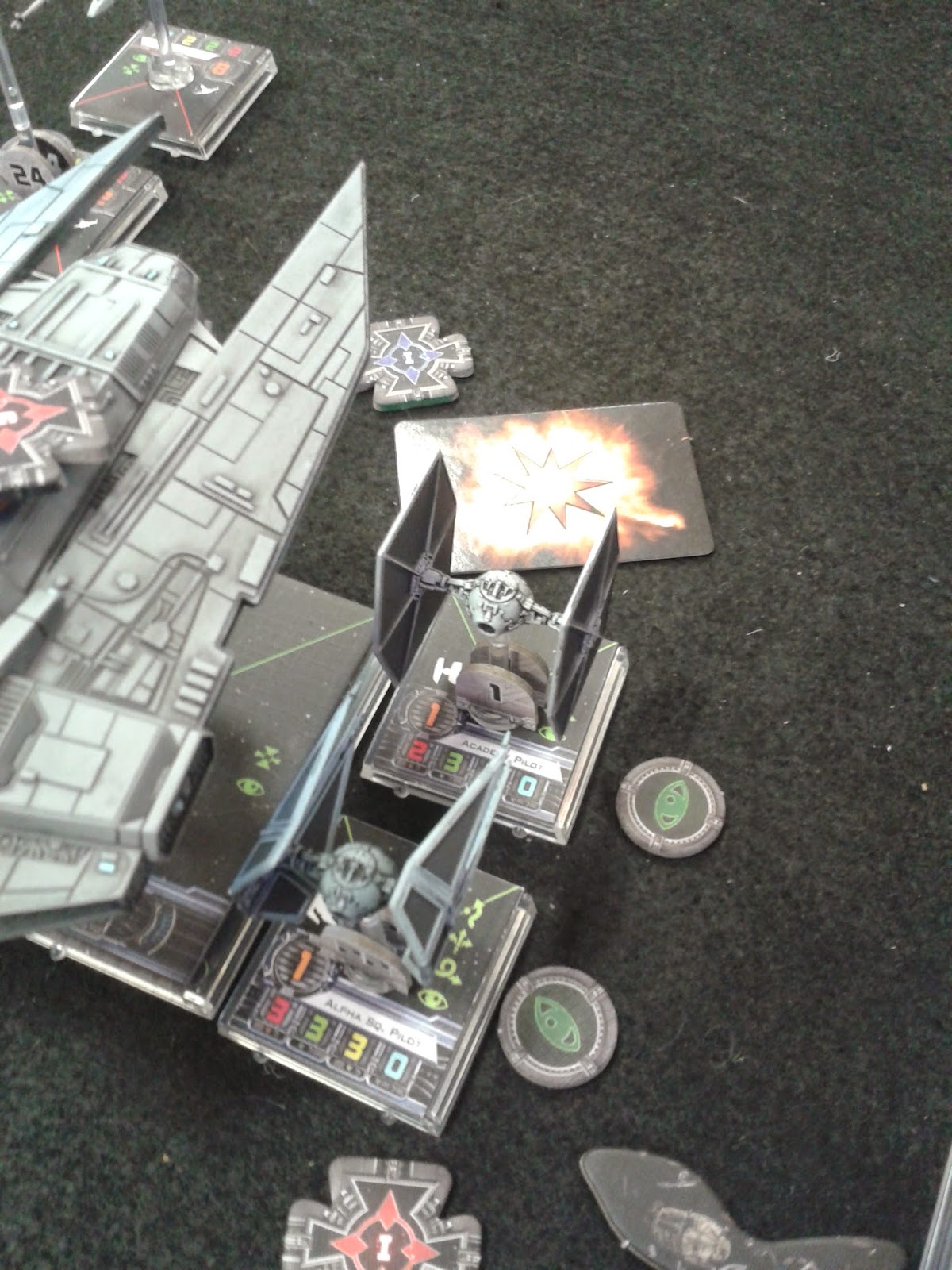 I think that that was the Alpha Squadron Pilot's first significant contribution up until that point!

In the meantime Tycho and Gemmer Sojan chased The Dauntless. 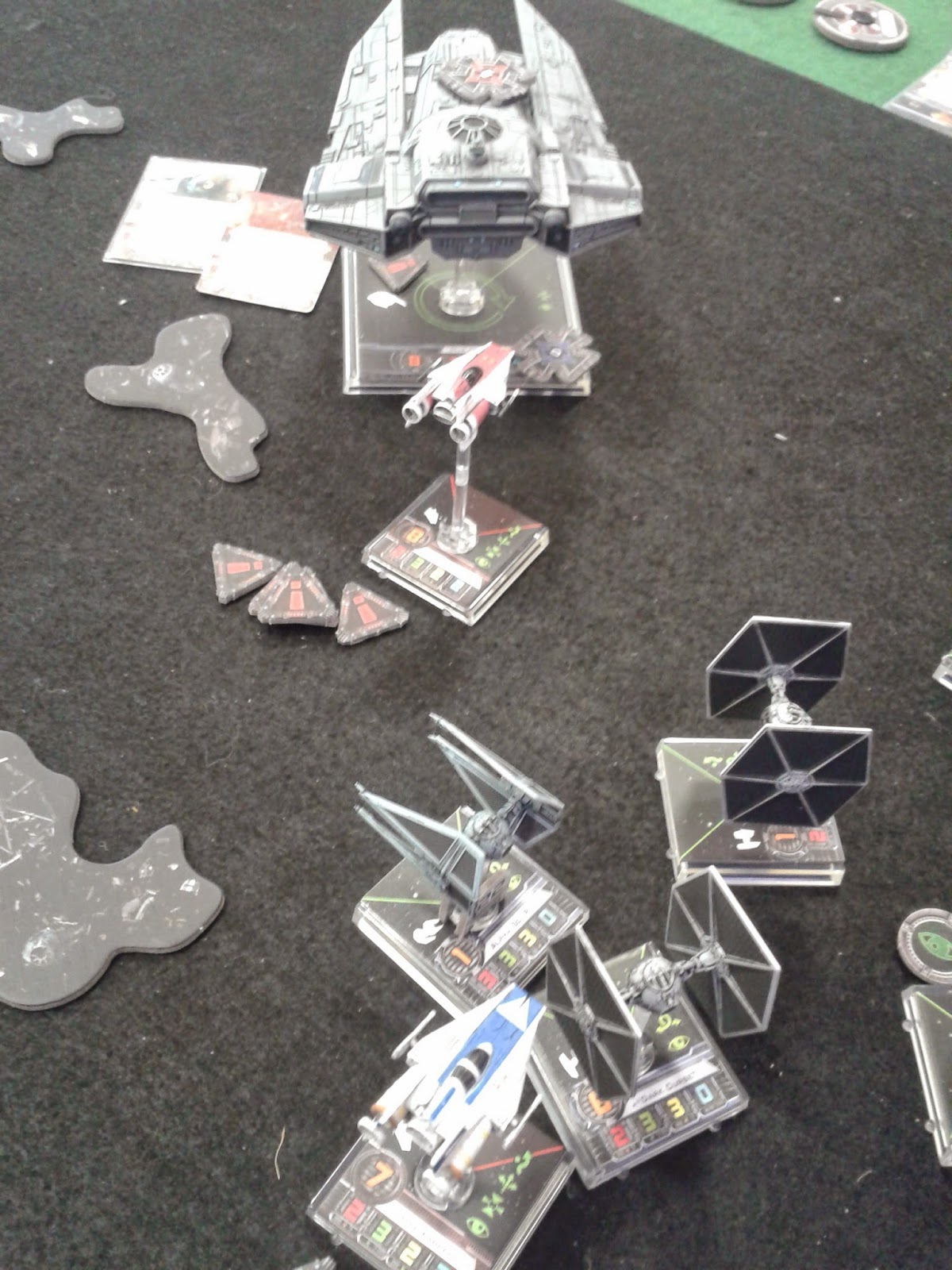 Or tried to. I was able to get some Ties to run interference... 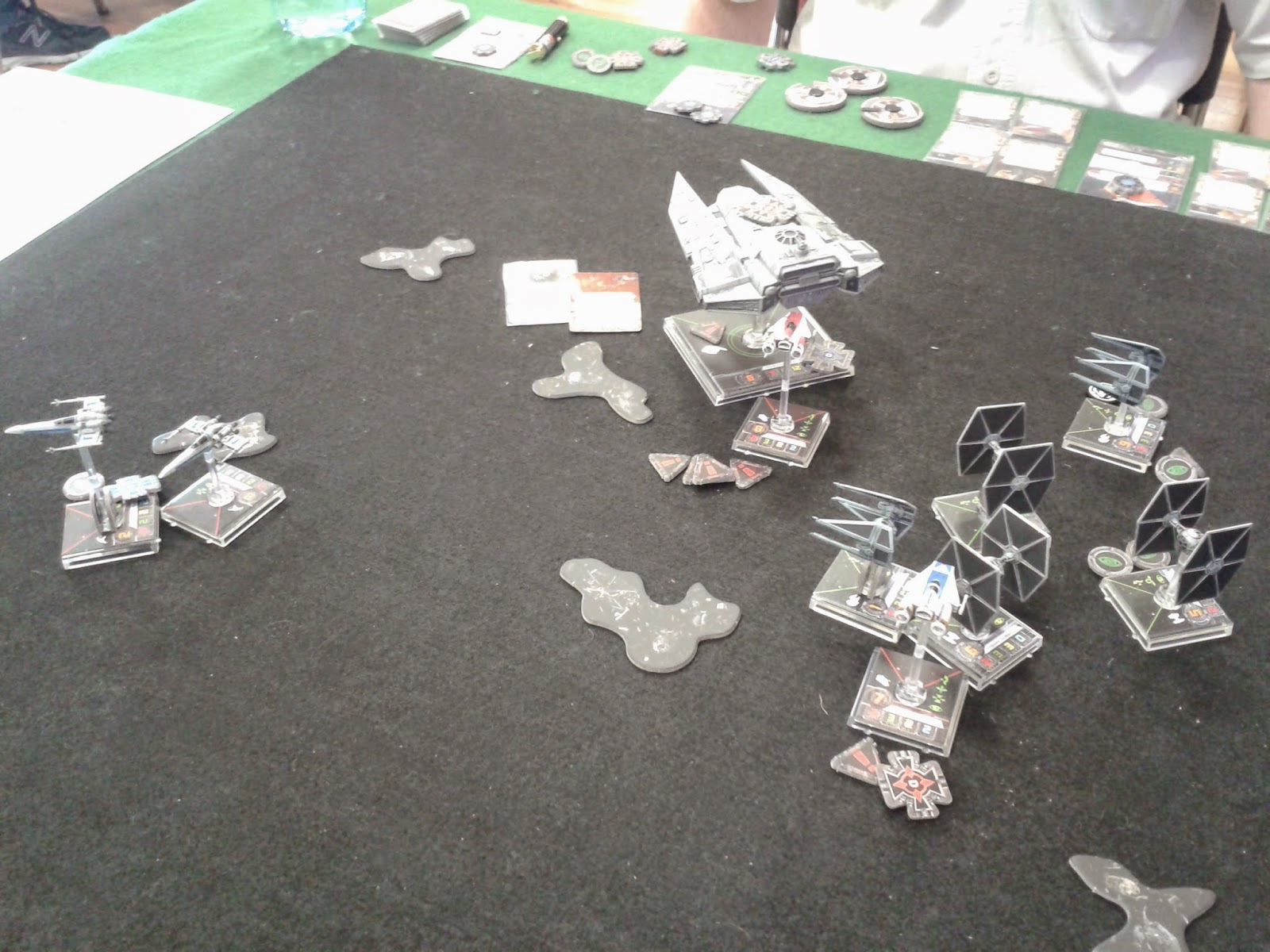 ...whilst Johnathan flew his remaining Headhunters out of the fray. 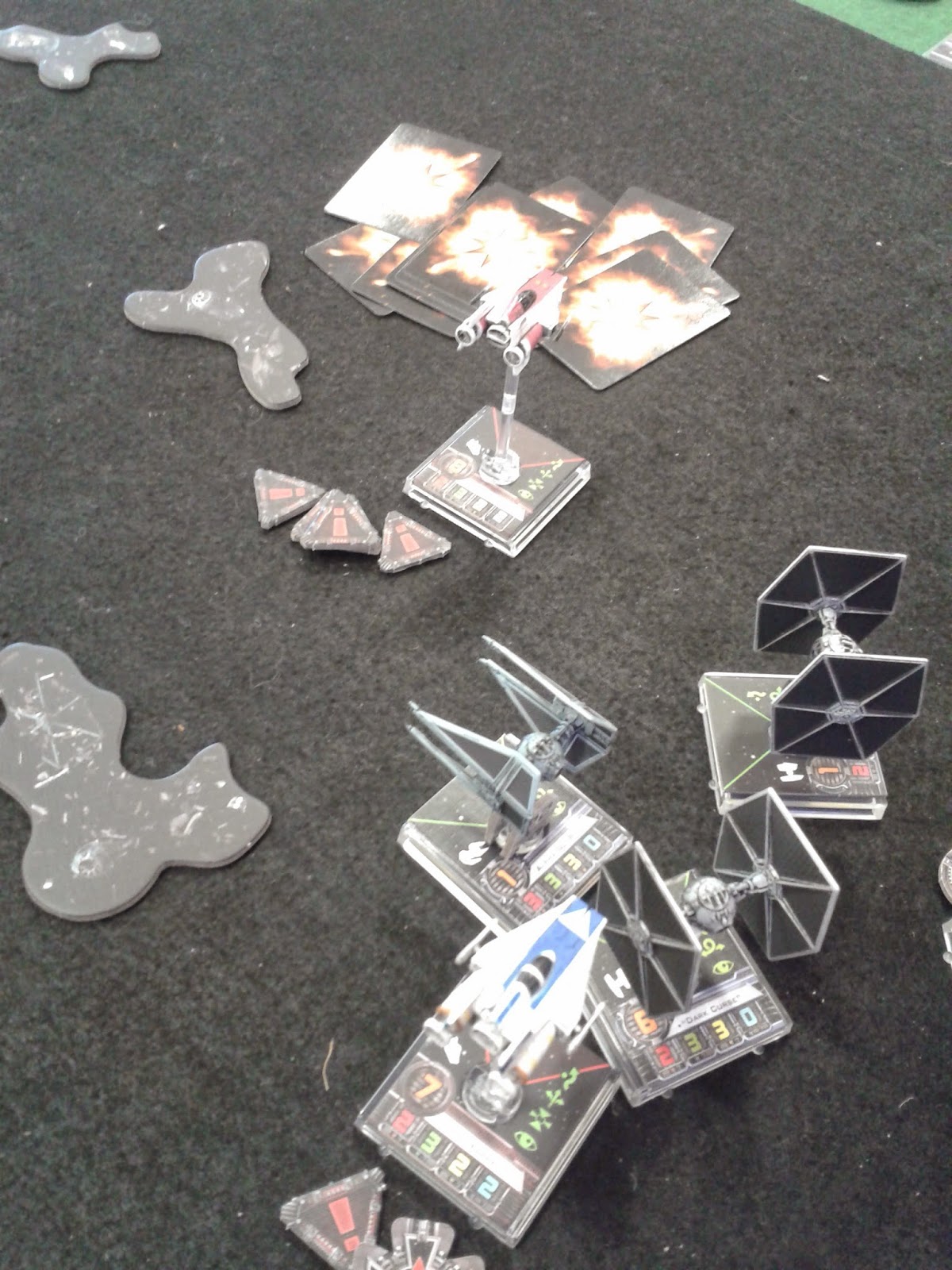 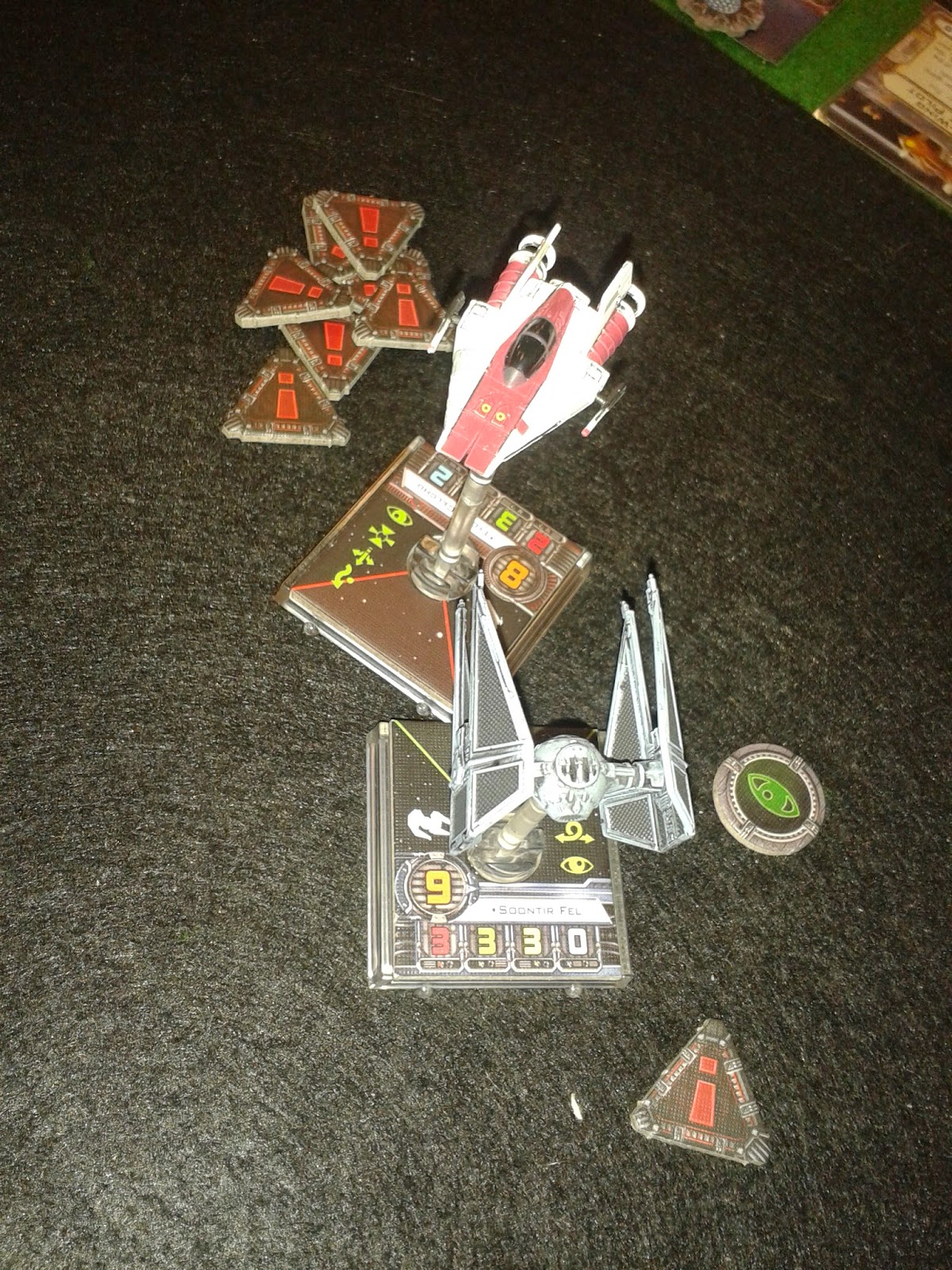 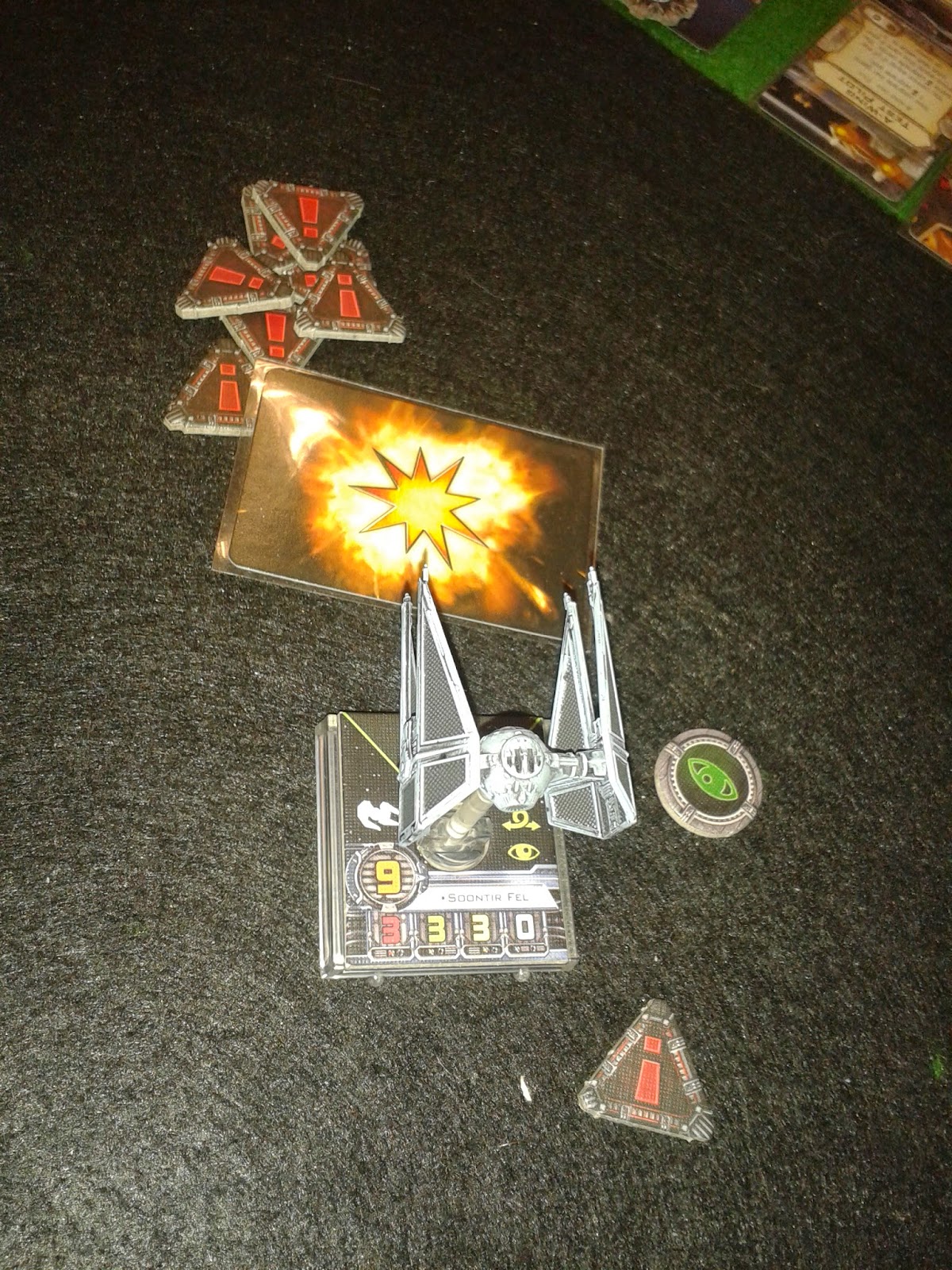 ...what goes around, comes around.

Again, the Tie I steps up. 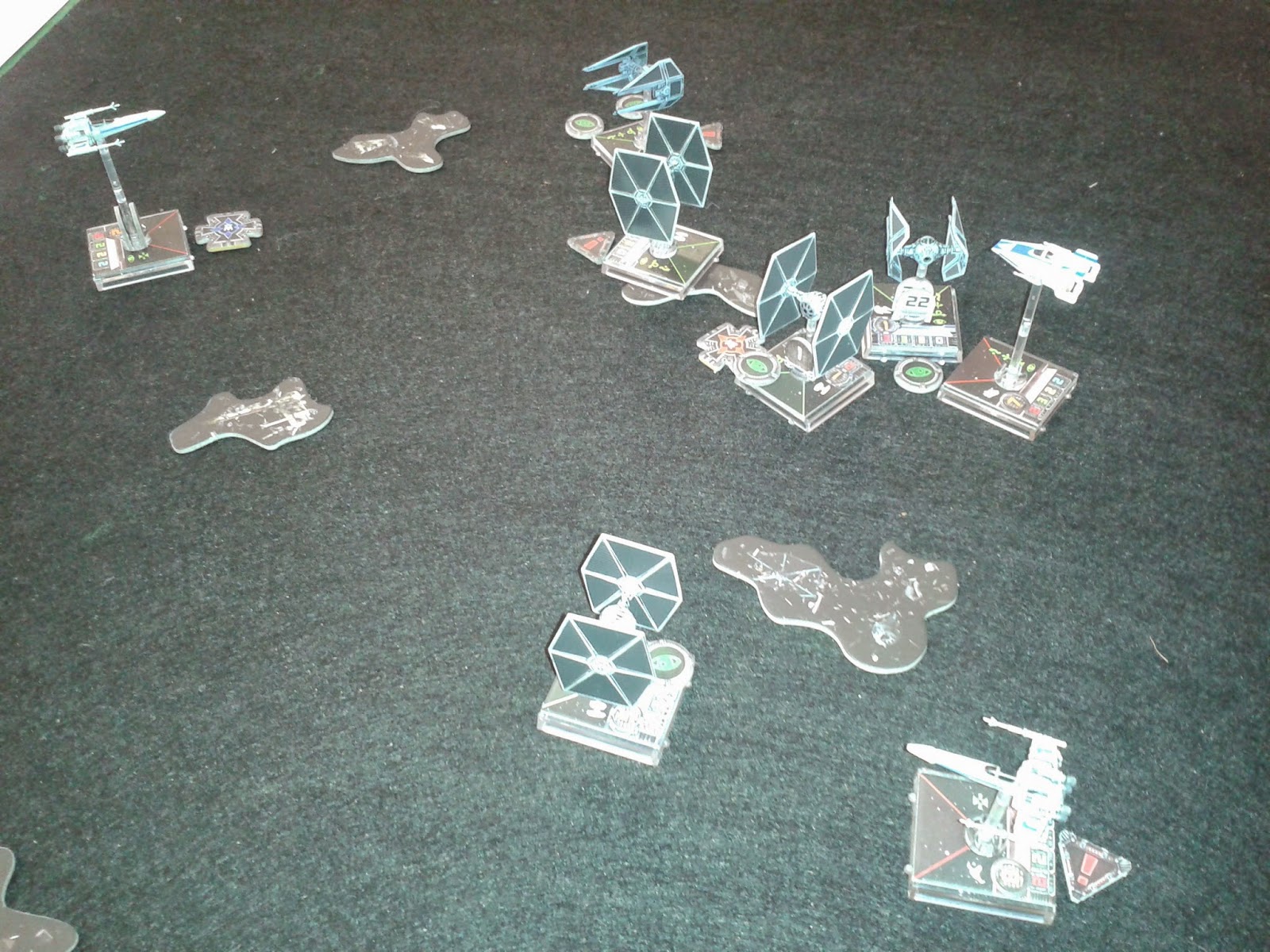 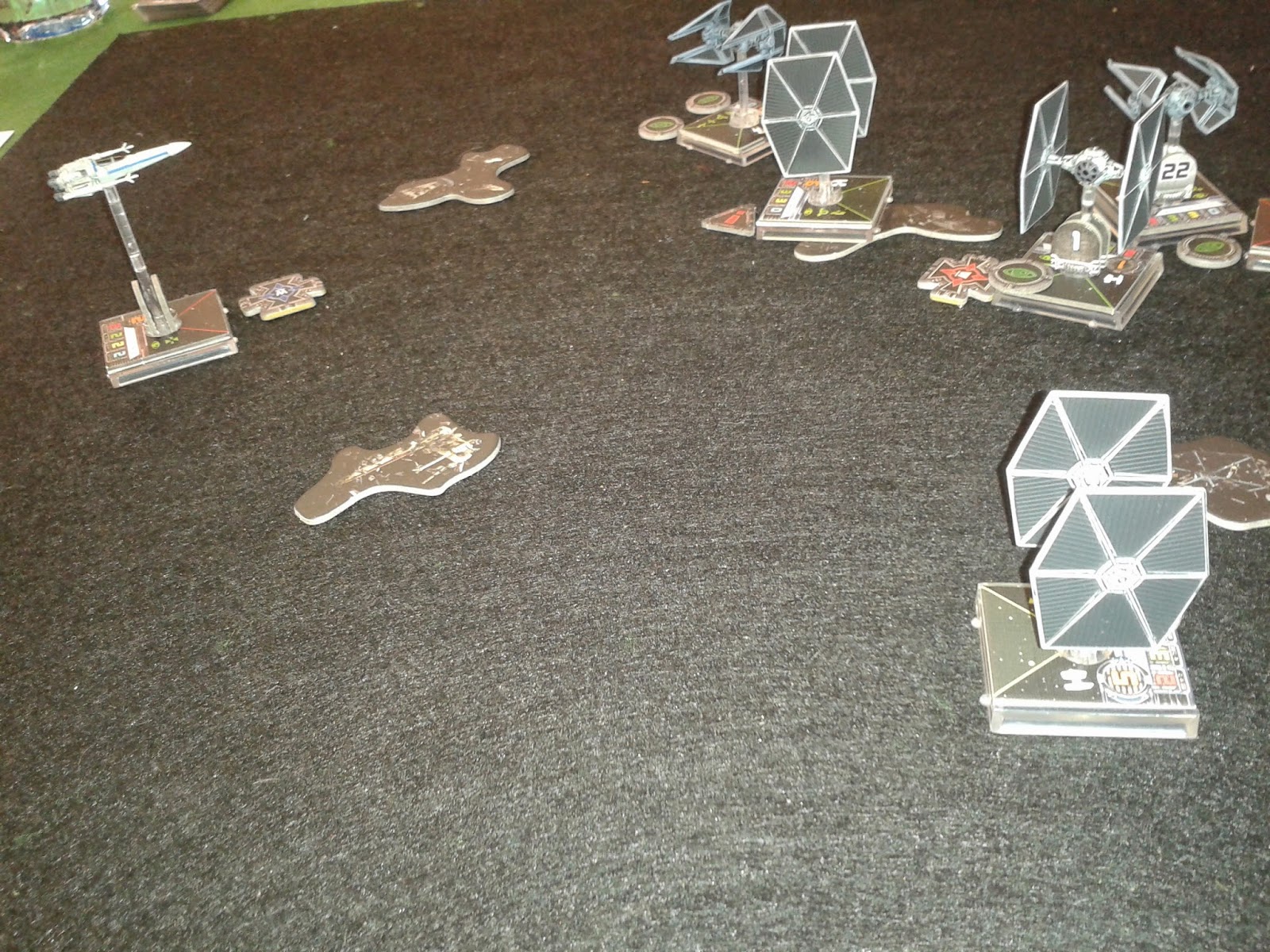 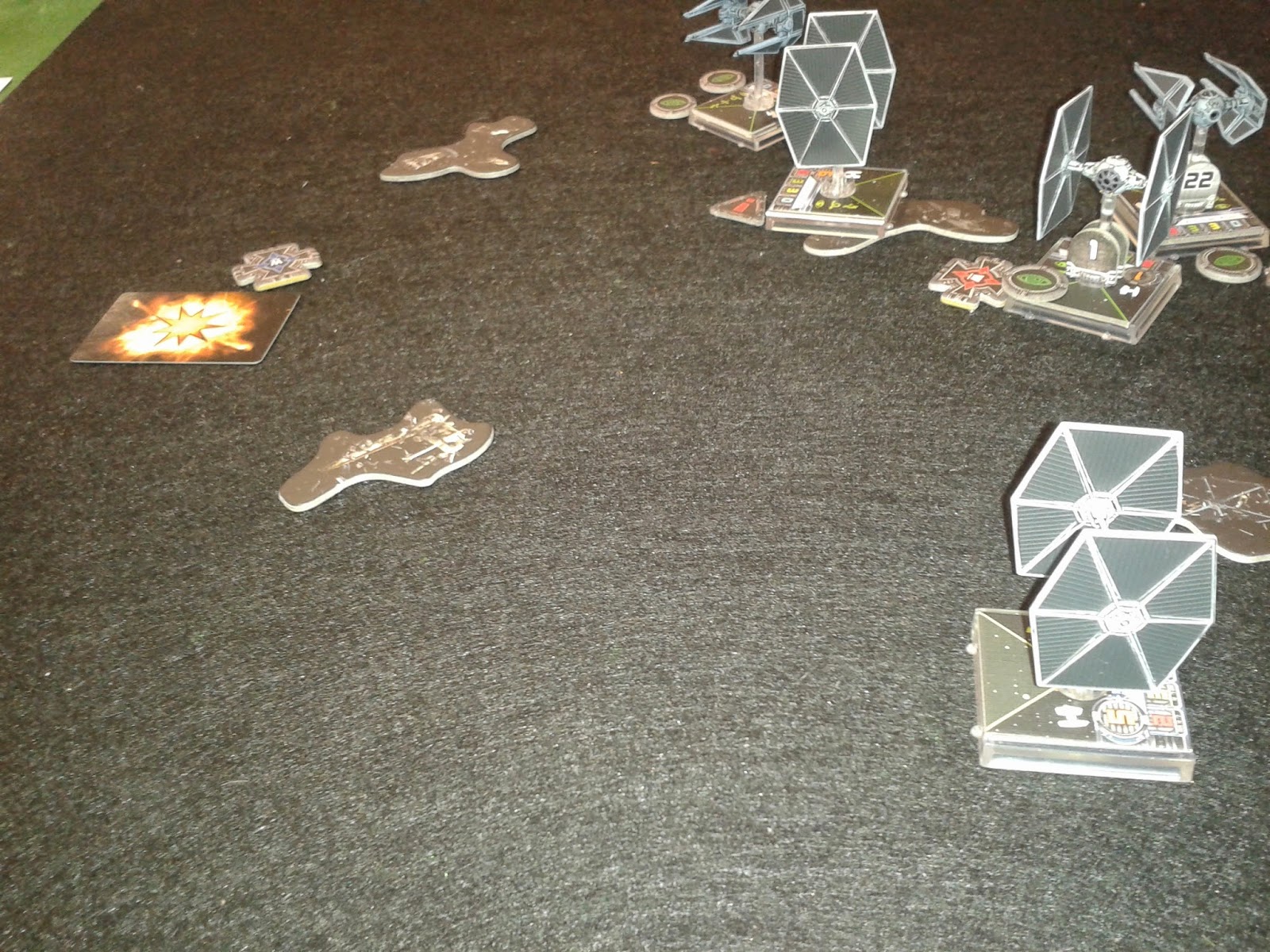 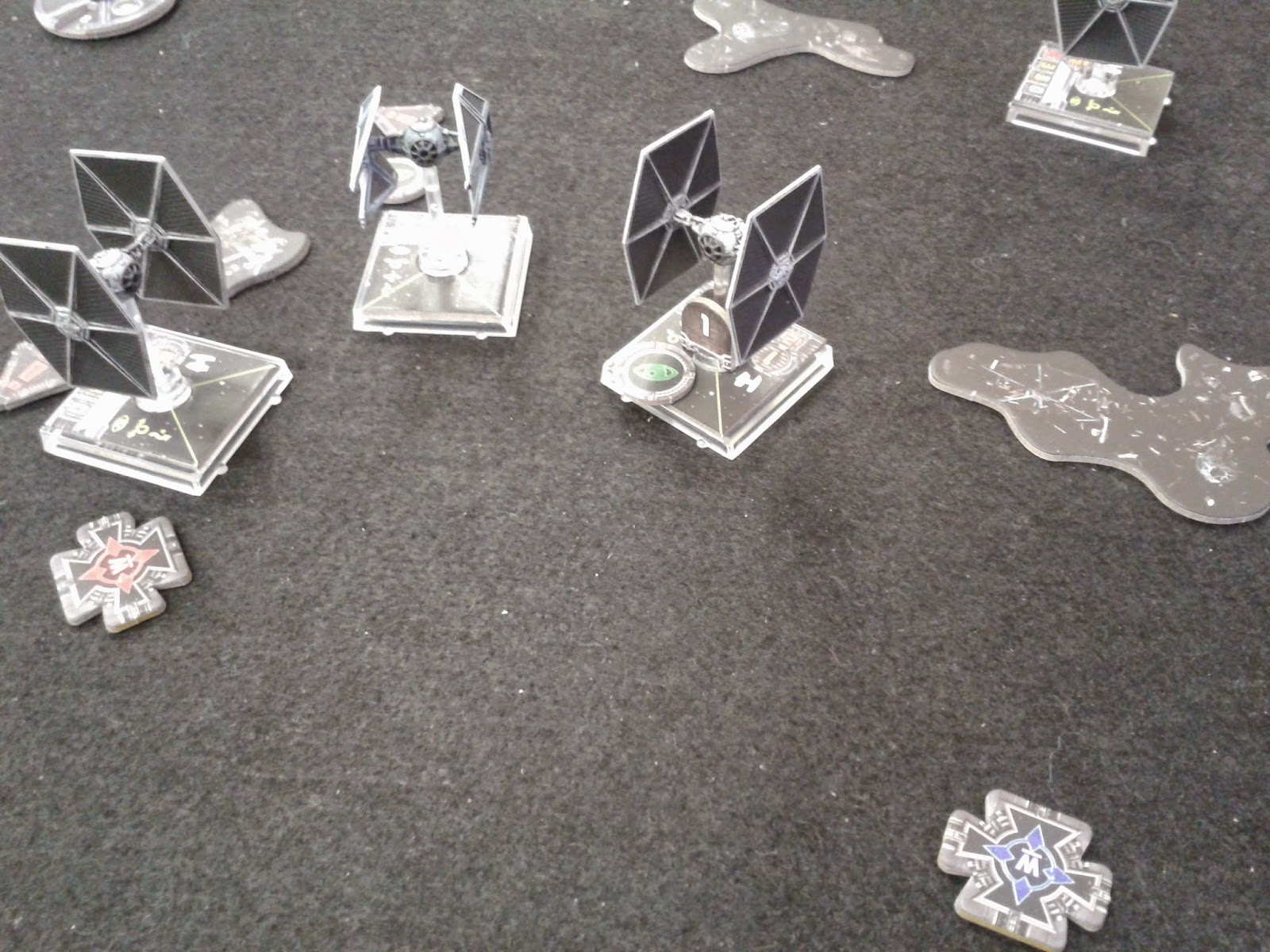 ...which was when Jonathan became a little tired of my 'place an explosion marker to indicate the demise of your ship' foibles. 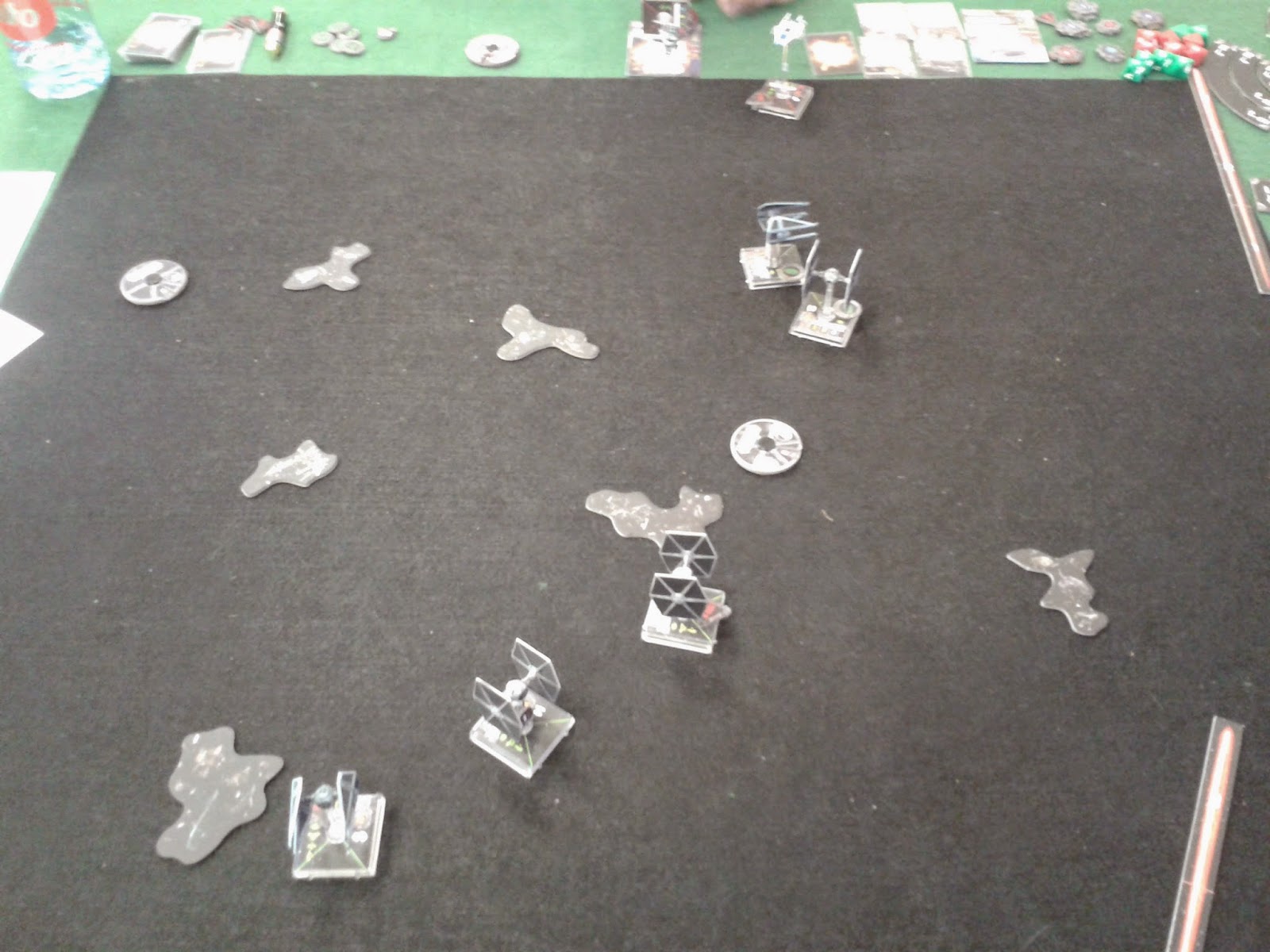 So, in the end, overall, when all things were considered and counted up...I ended up in the middle of the field. Which I was quite happy with, considering that I was pinning my lists on a big ol' egg timer!

Thanks for the games boys, and thanks for the $20 random-draw-voucher and $10-off-when-spending-$50, Mighty Ape.

(I got me a couple of brushes and some Orc Gore Riders!)