Well, last Sunday, as part of the War Clouds over Woolston Wargaming Weekend, I participated in the Escalation X Wing event. Eight participants, each with four lists - the subsequent list made out of the bulk of the previous list: 60 points, then 90, then 120, culminating in 150 points. I was up against Chris with his two Bs - Keyan Farlander with a few bits and bobs, and a Blue Squadron pilot. 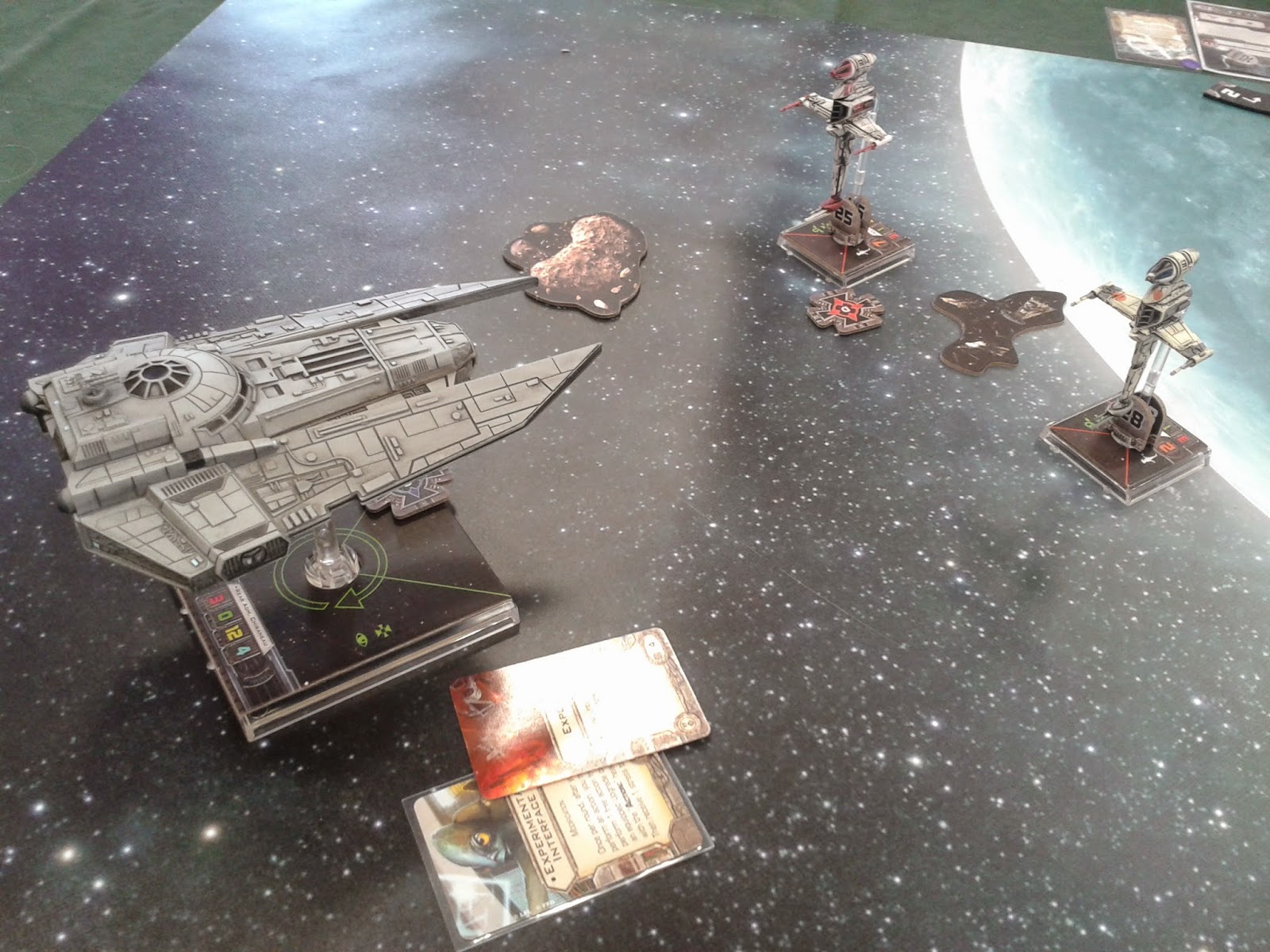 But I got to shoot first! Quite liking the Target Lock, Experimental Interface and Expose combo - an extra attack die with re-rolls for the price of a stress marker. Bang bang!

Anyhow, Blue guy tries to deny me an action by flying into me. But with the Dauntless title card, I can still play an action. Again, at the cost of a stress. So more chunks come off Mr Farlander. 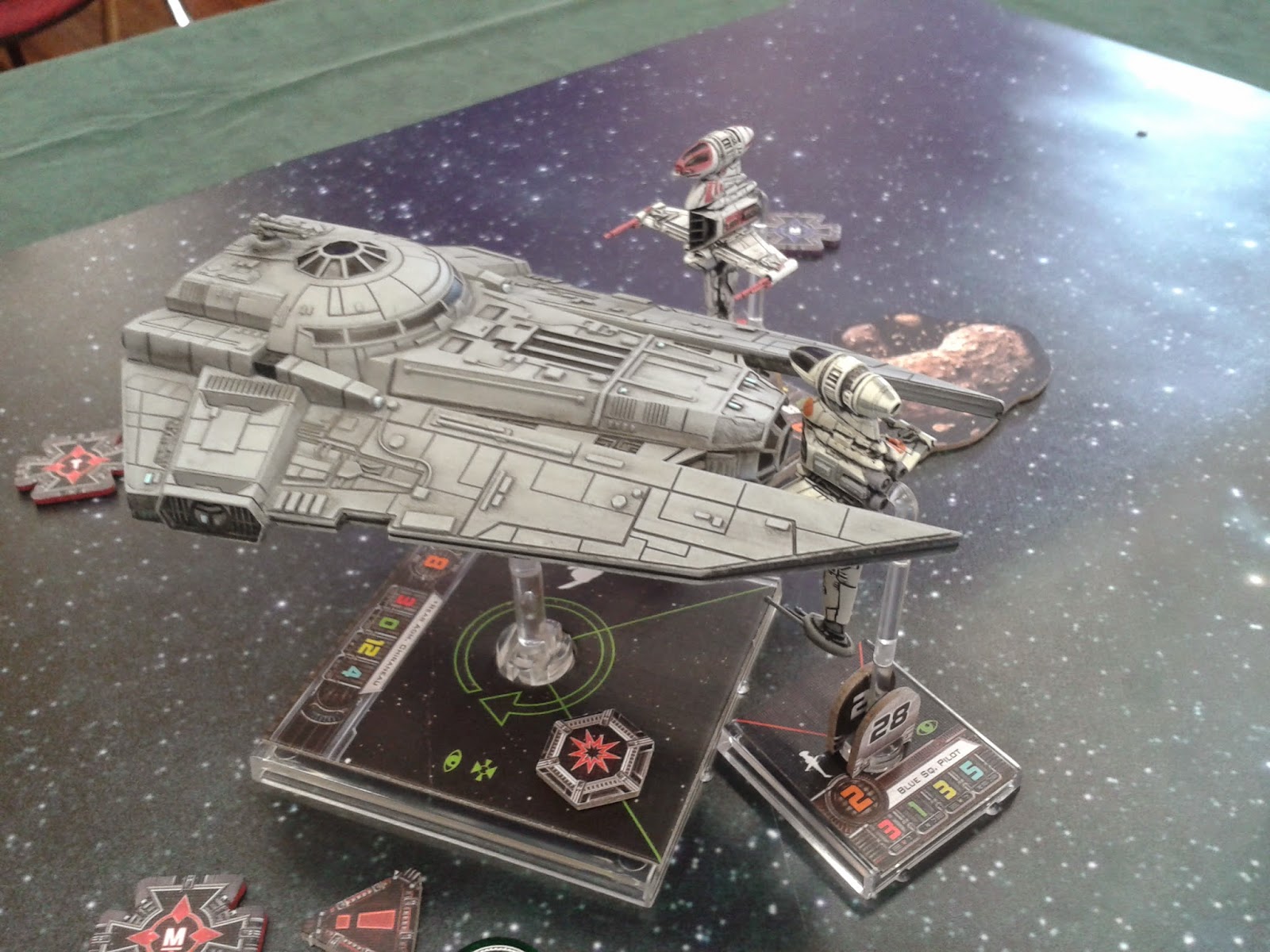 Still, it wasn't all one way. See that ongoing crit? I managed to throw it off, but still... 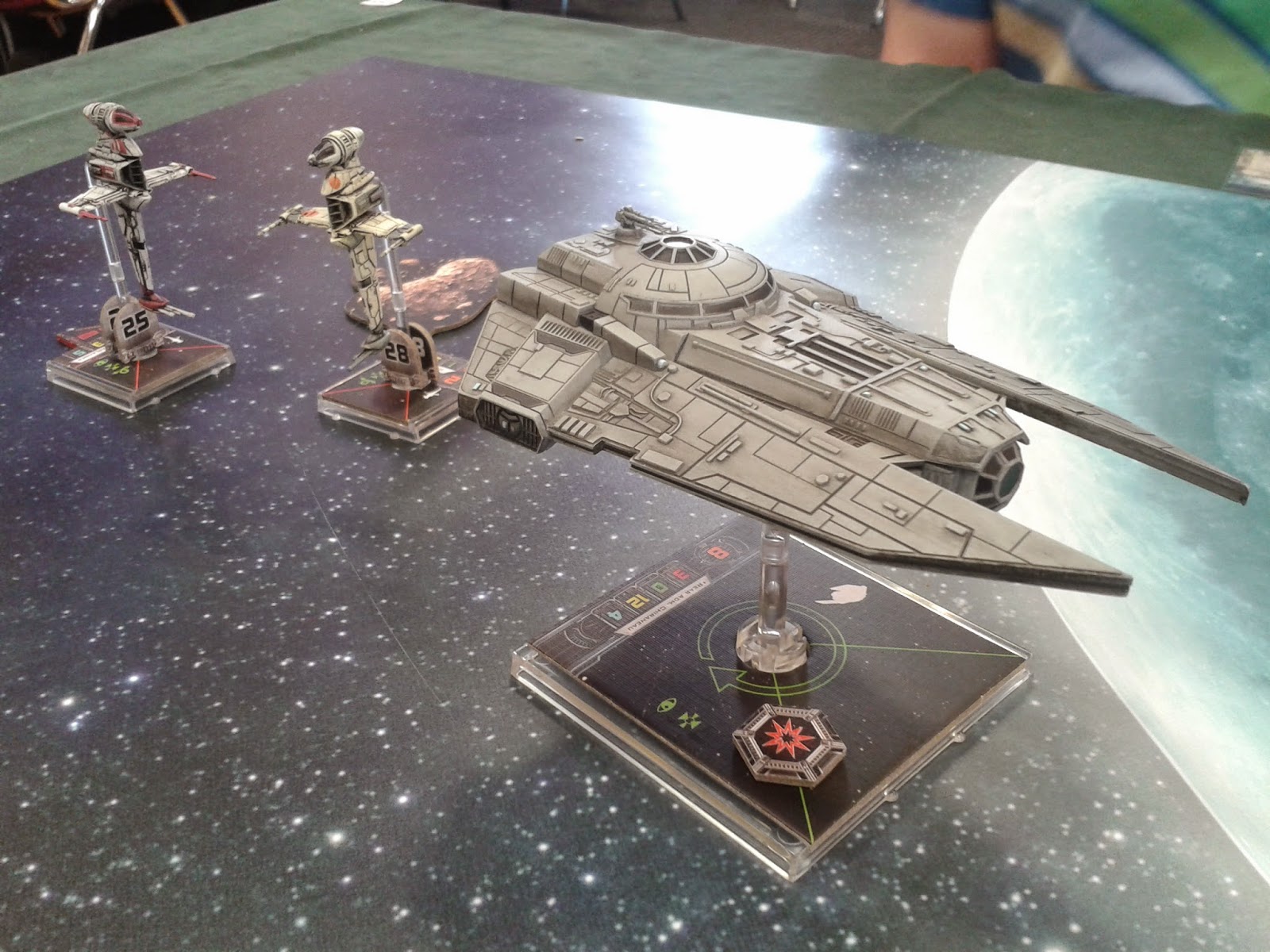 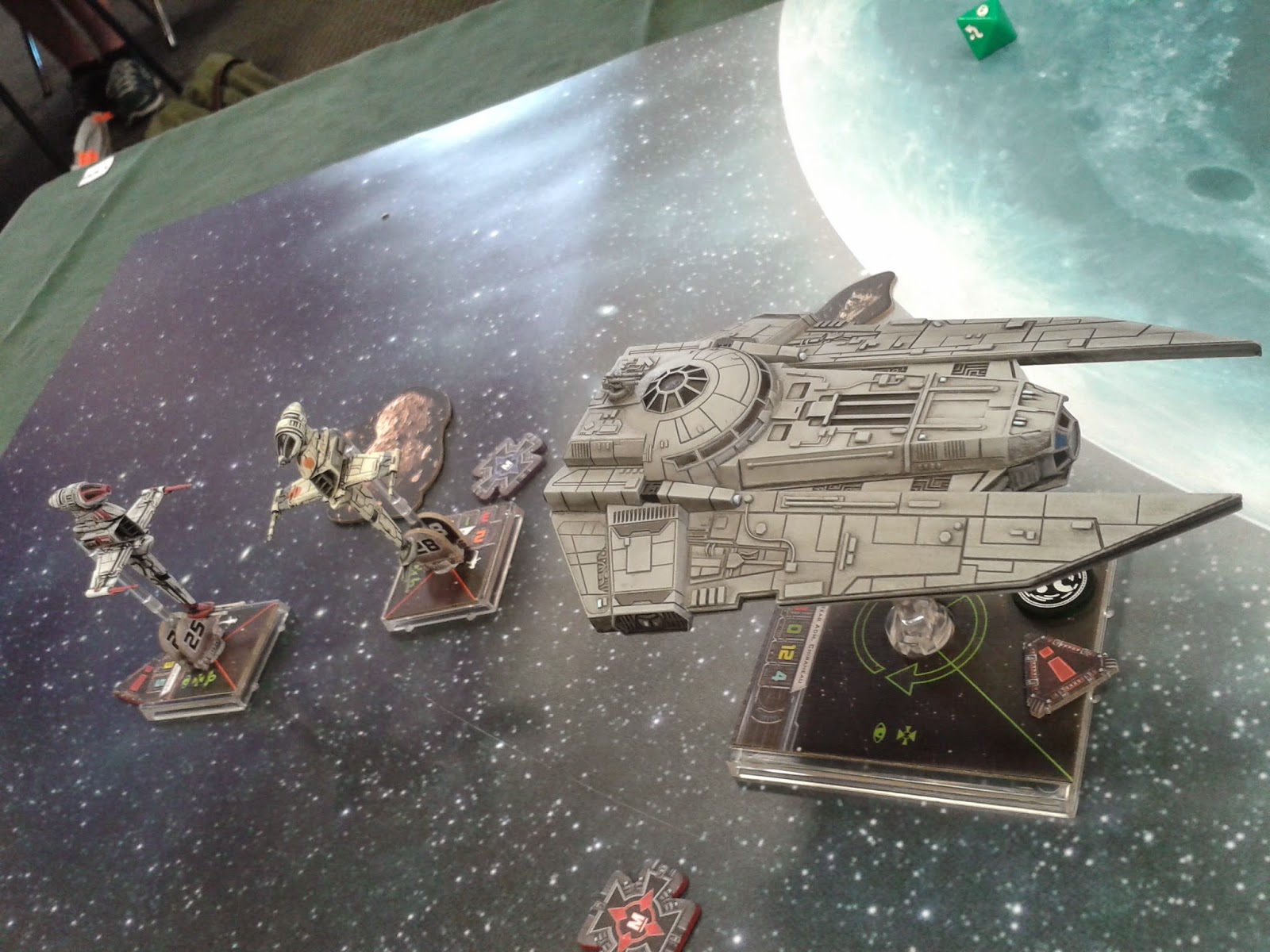 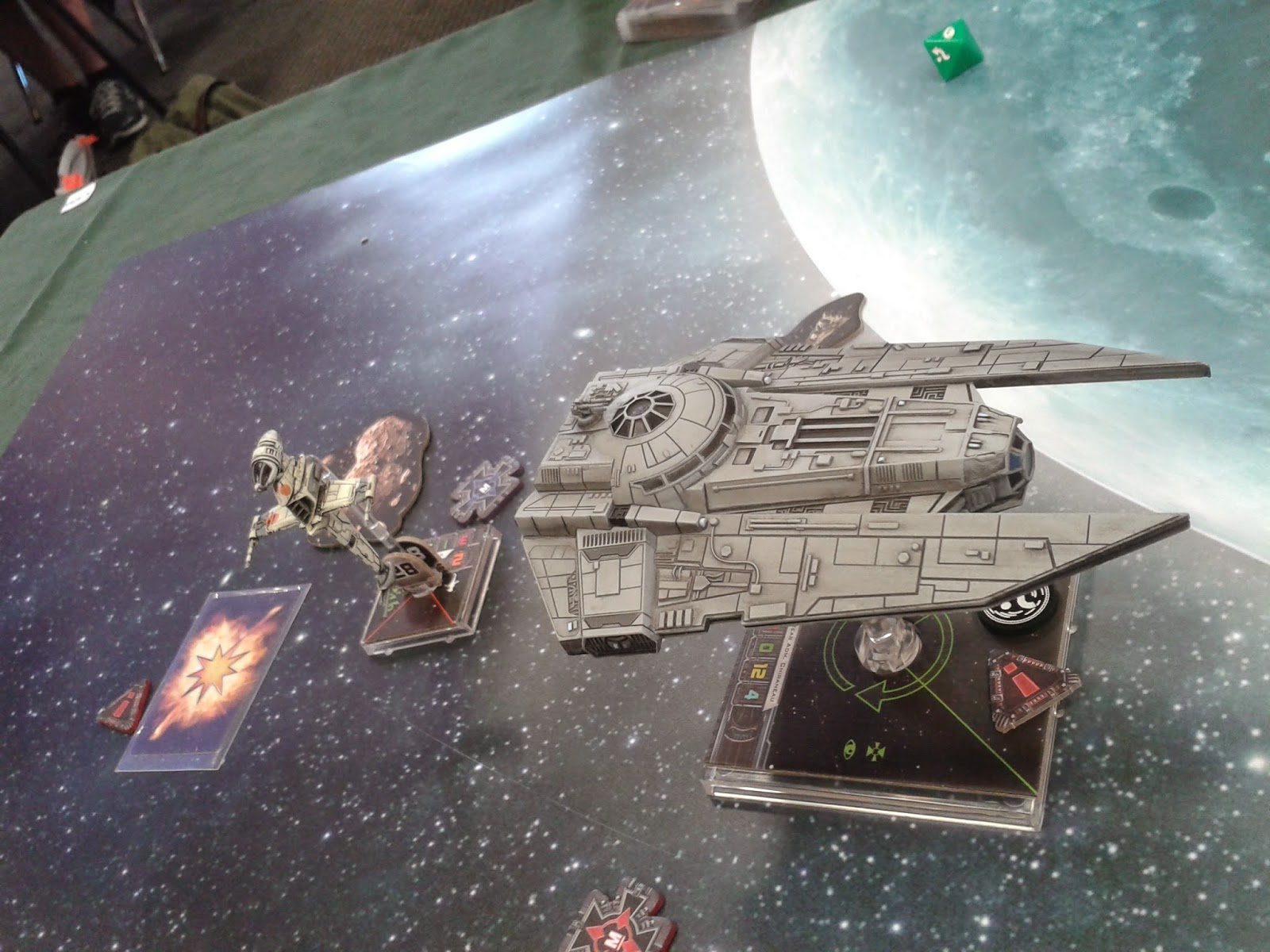 ...he couldn't really say the same. 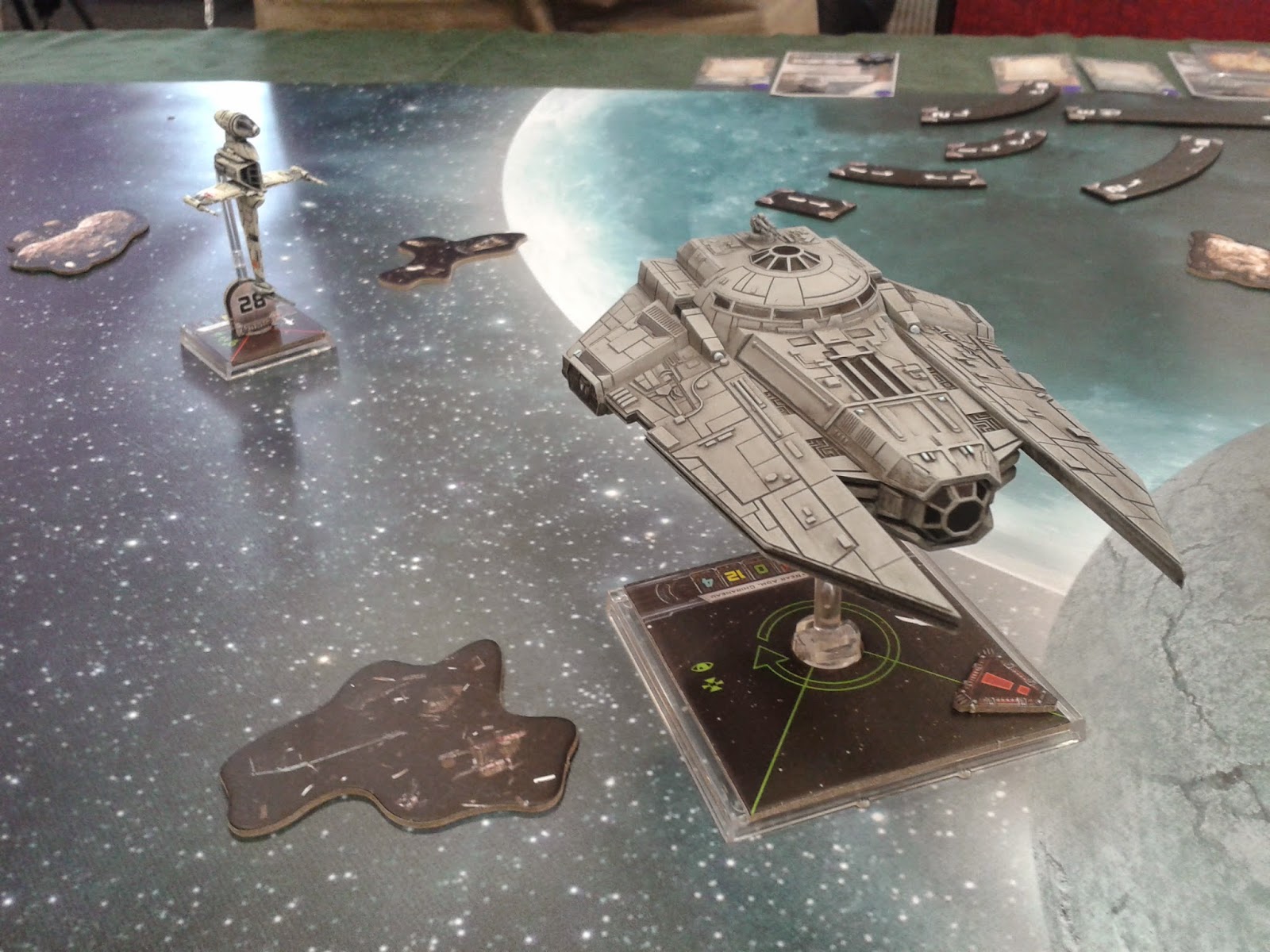 Who could still dish out the pain. 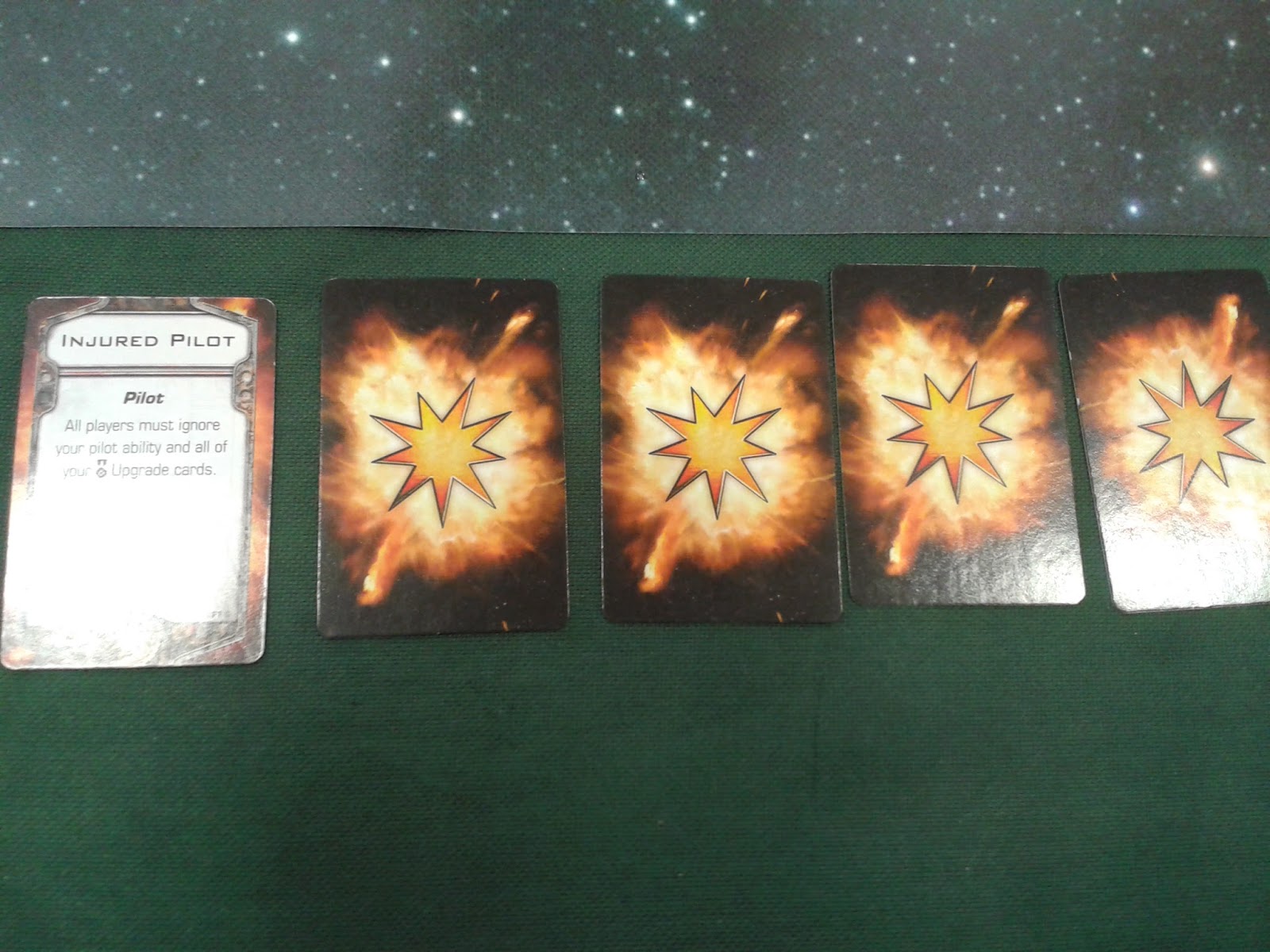 Still, one B Wing, trying to take down a big nasty Devastator... 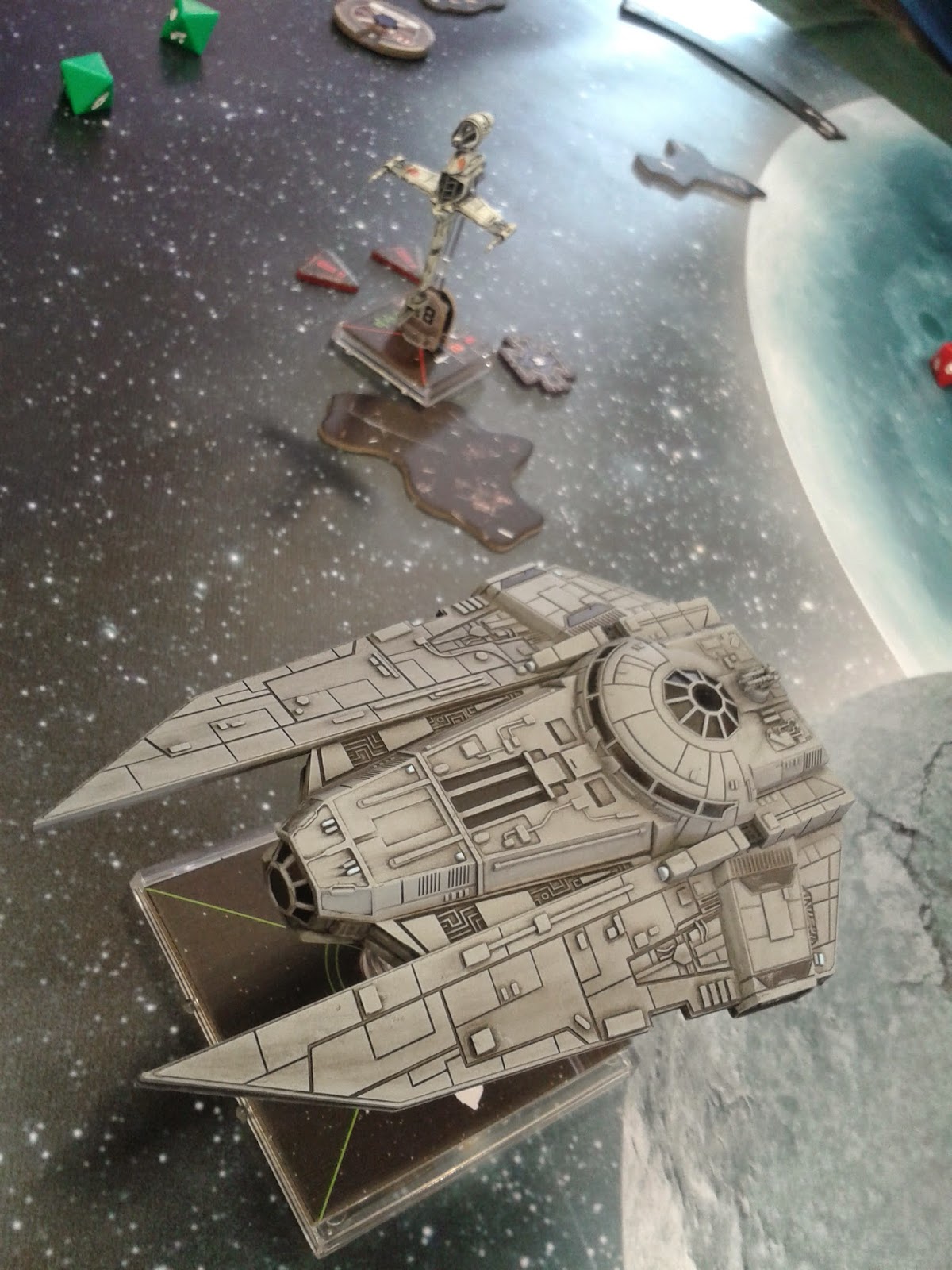 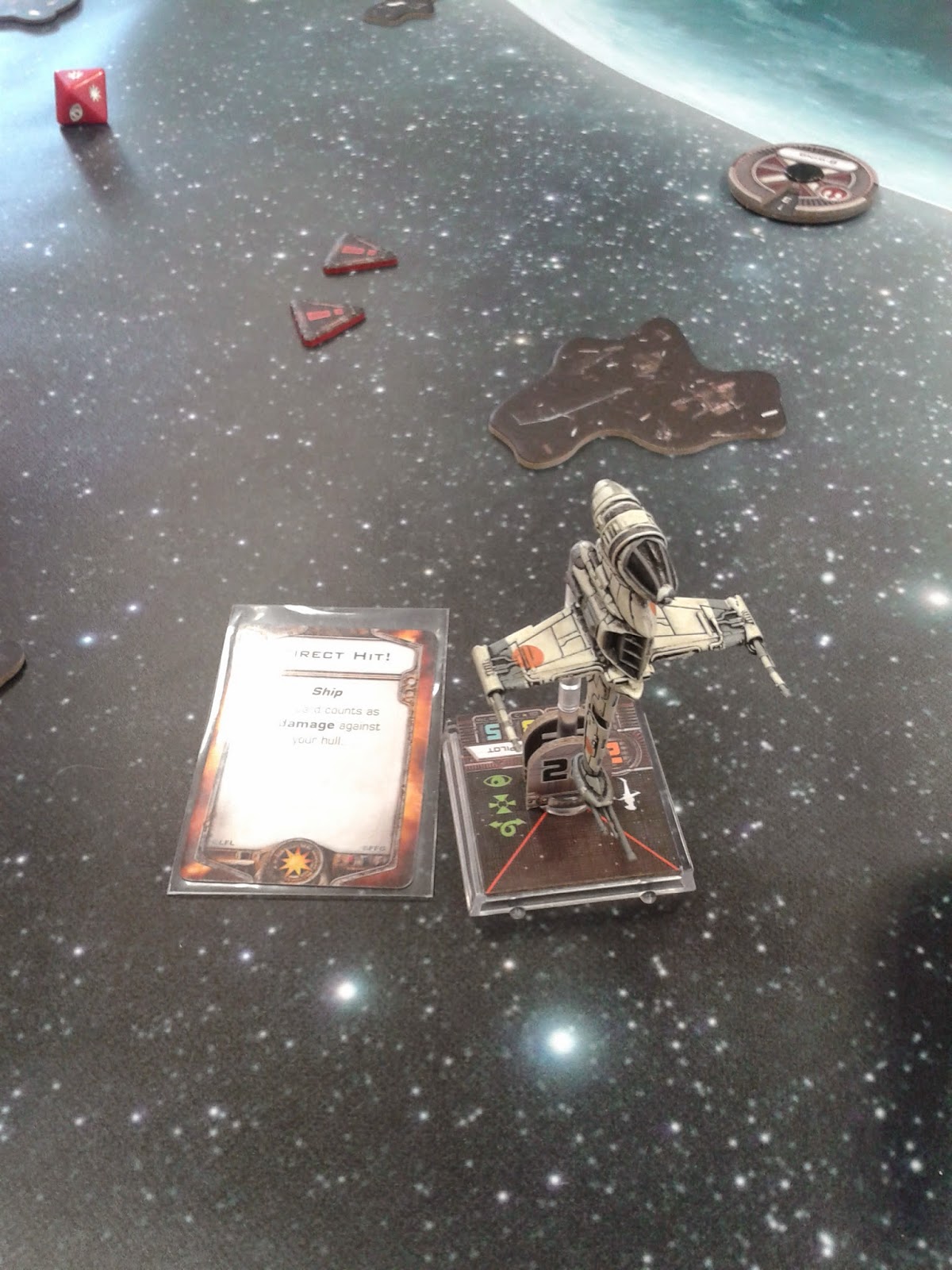 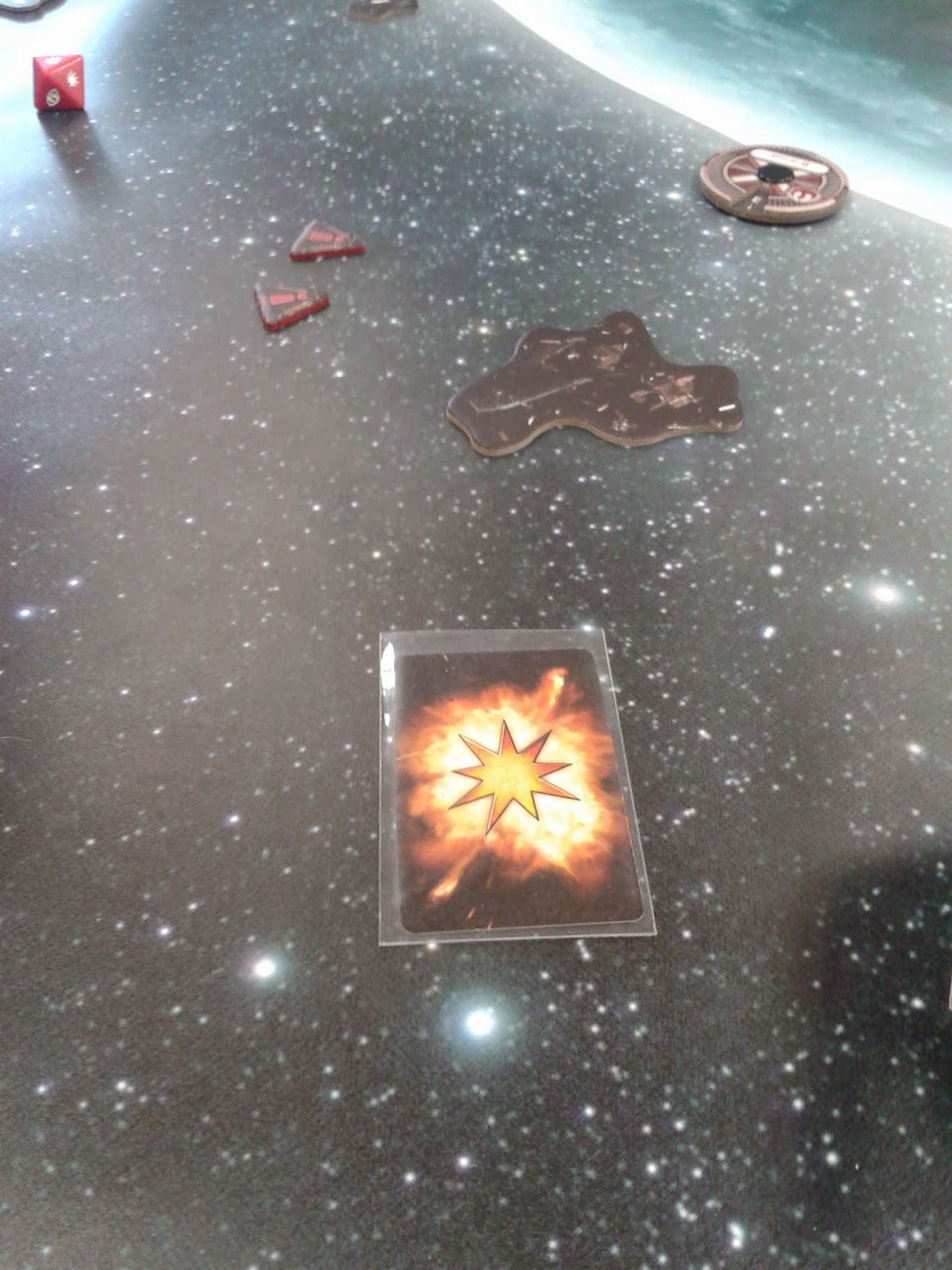 ...was a bit of a big ask! Specially when he flew through a debris cloud and rolled a crit...and a nasty one at that!

And so ended Game 1.