Right, one quite resounding victory from the first game, time to try my luck with my first re-enforcements - an Academy Tie and a Alpha Squadron Tie Interceptor. 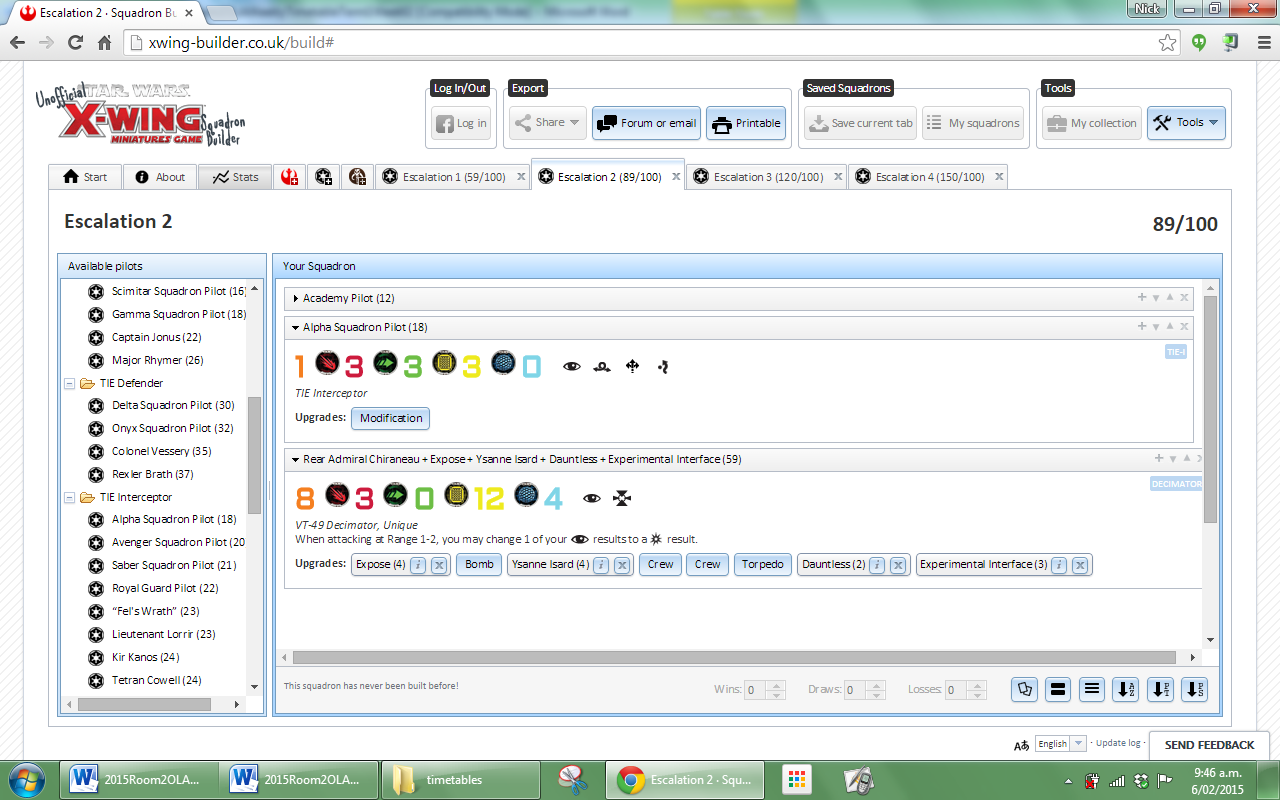 Seeing as I had the lower pilot skills, I set up in the corner, ideally to go head to head with the Falcon.

Unfortunately, Darryl set up in the centre, so I tried to turn the Ties in front of the Dauntless. 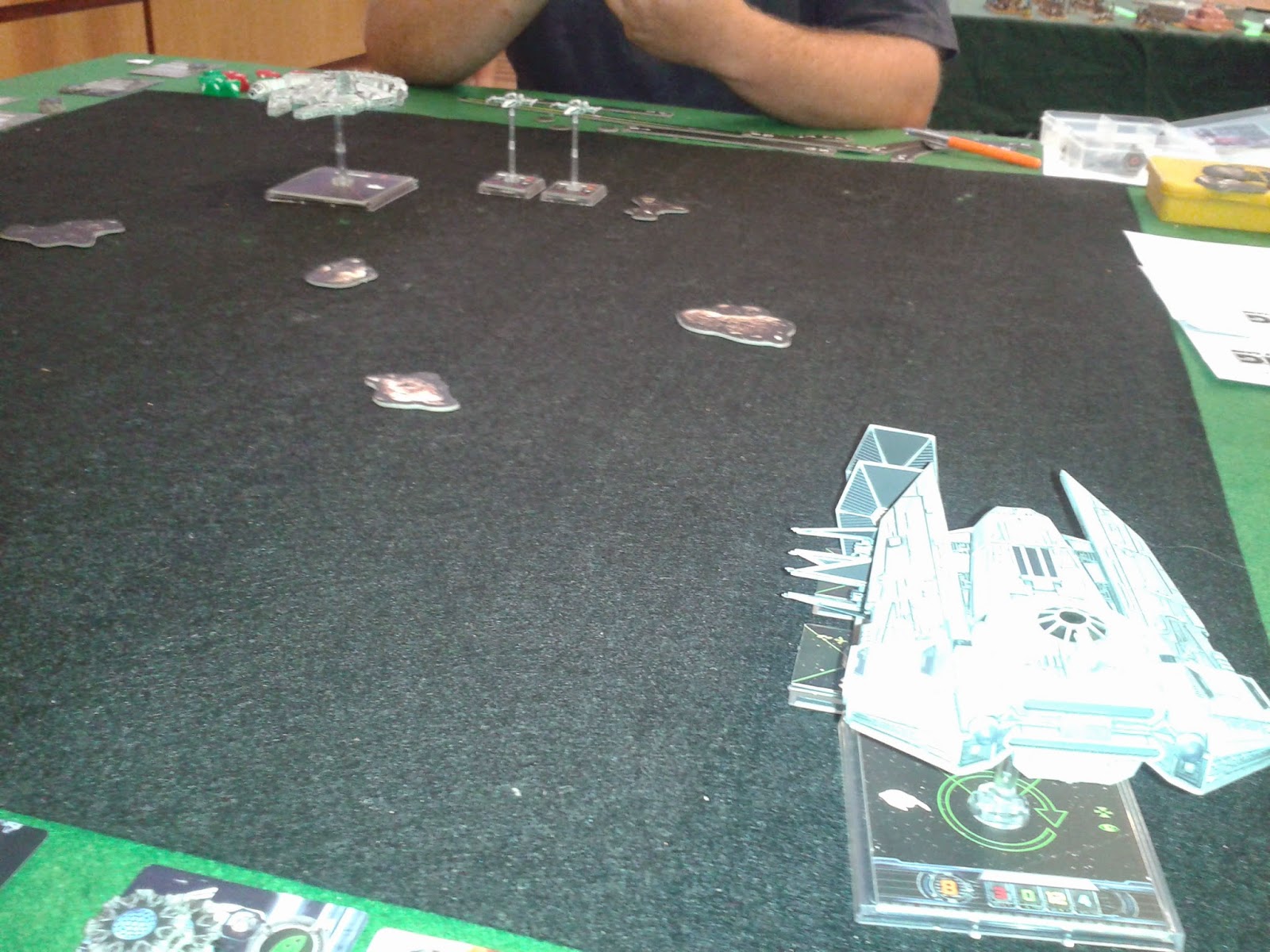 And it didn't get much better... 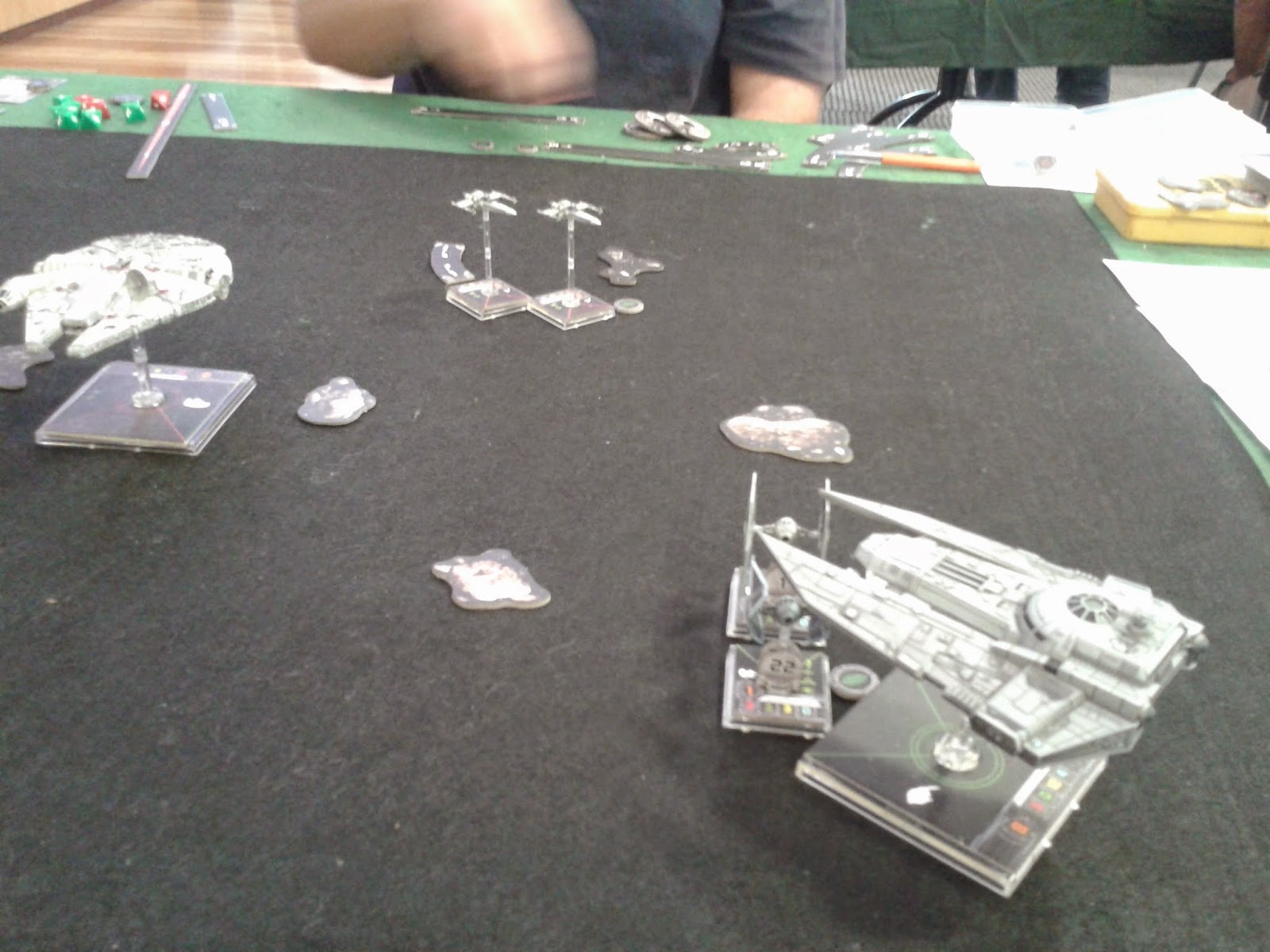 And in the confusion... 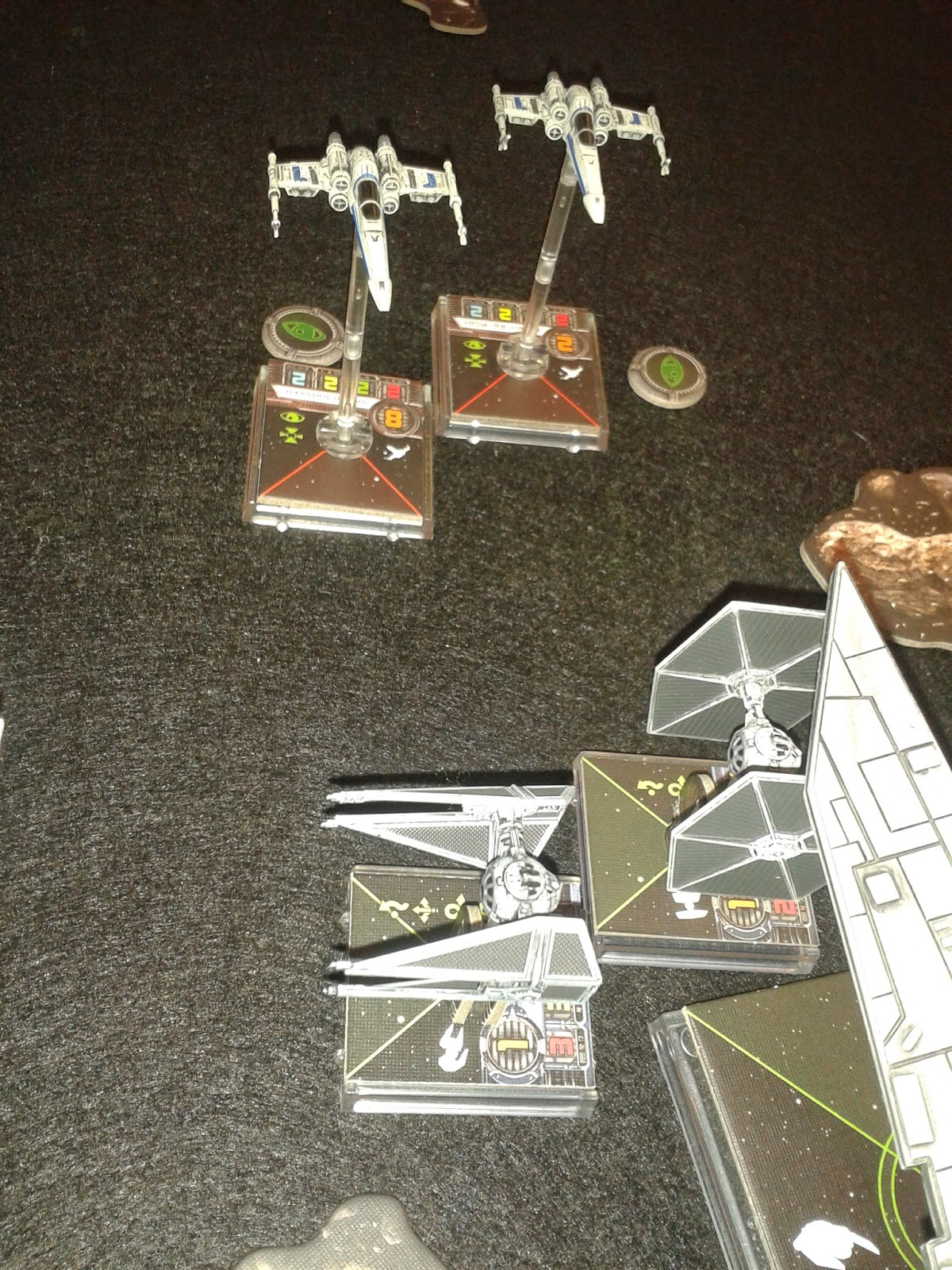 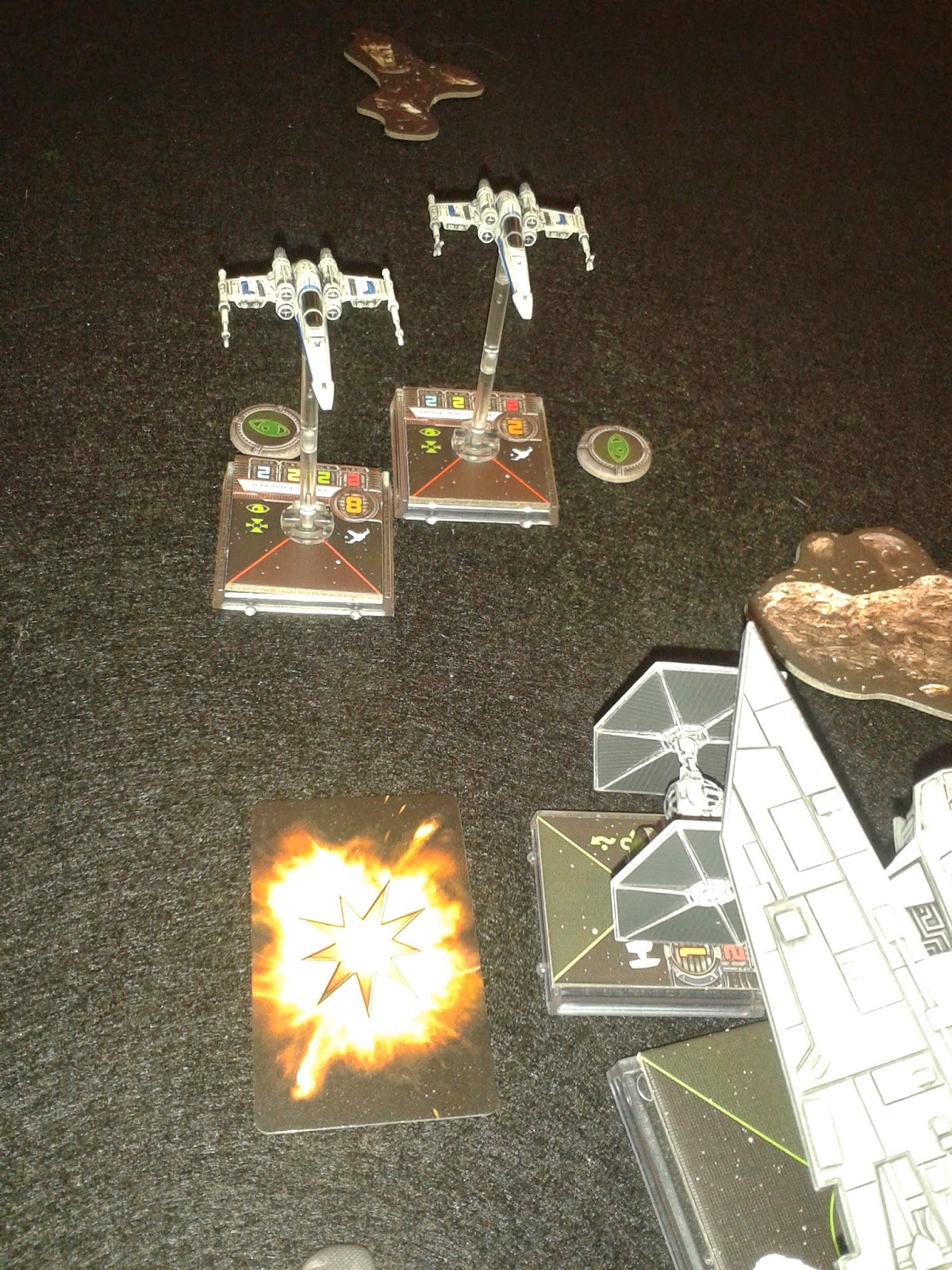 ...drats! Nasty nasty Zeds. And my poor wee interceptor didn't even get to fire a shot!

So I fly the Tie out of the way while the Falcon takes on the Dauntless. 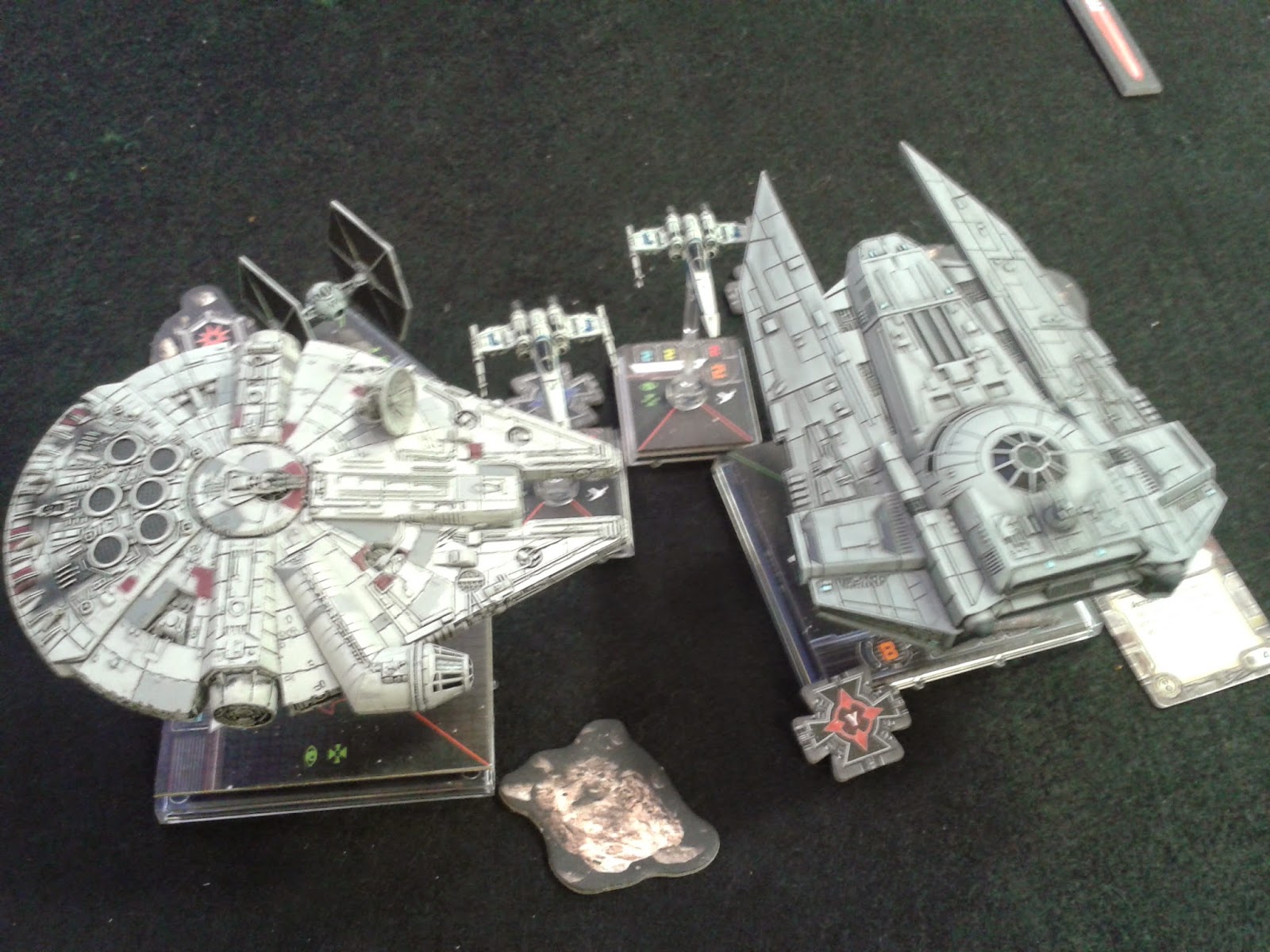 Right, time to get that Tie pointing in the right way. 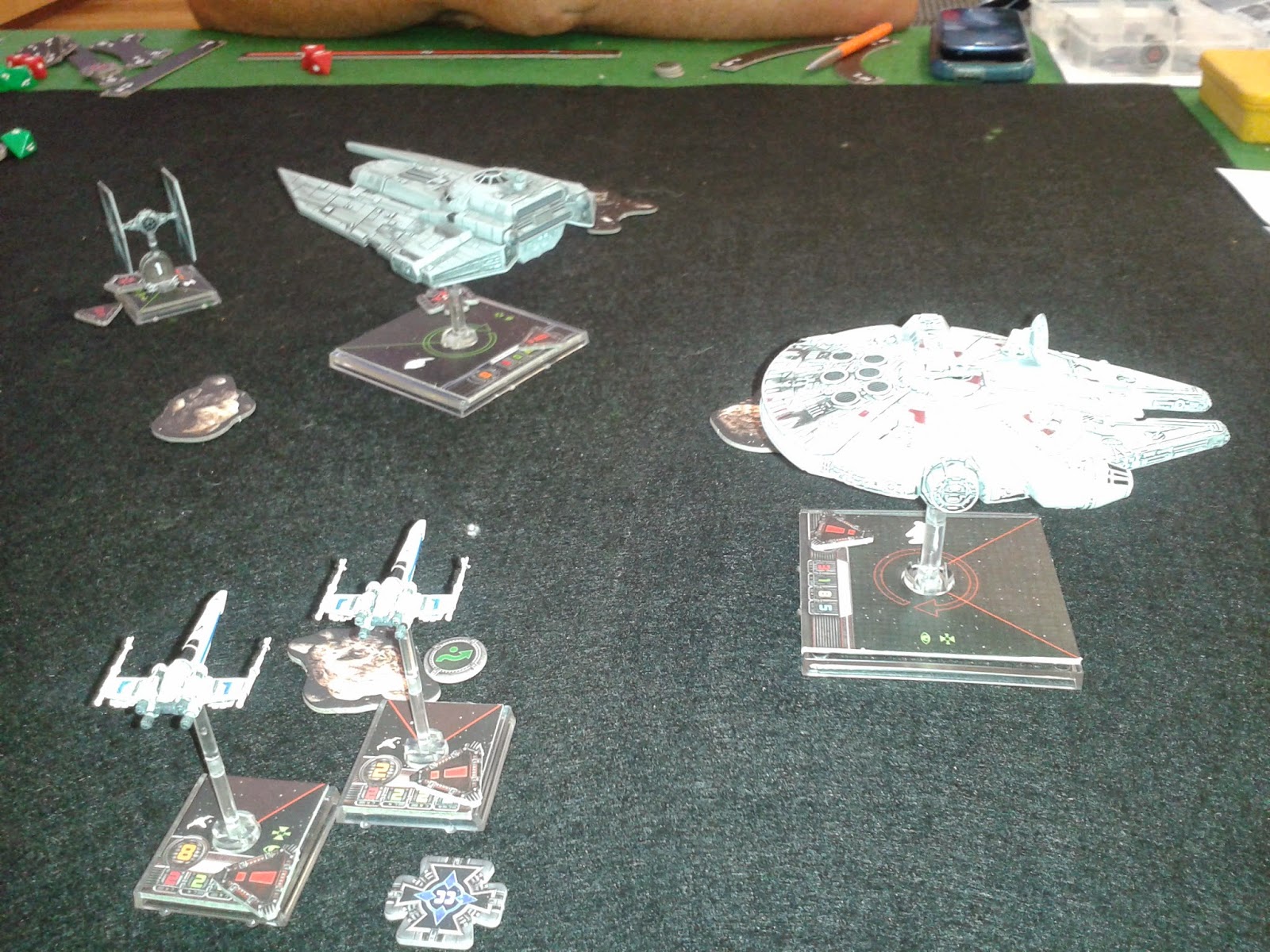 But not before it takes a crit. 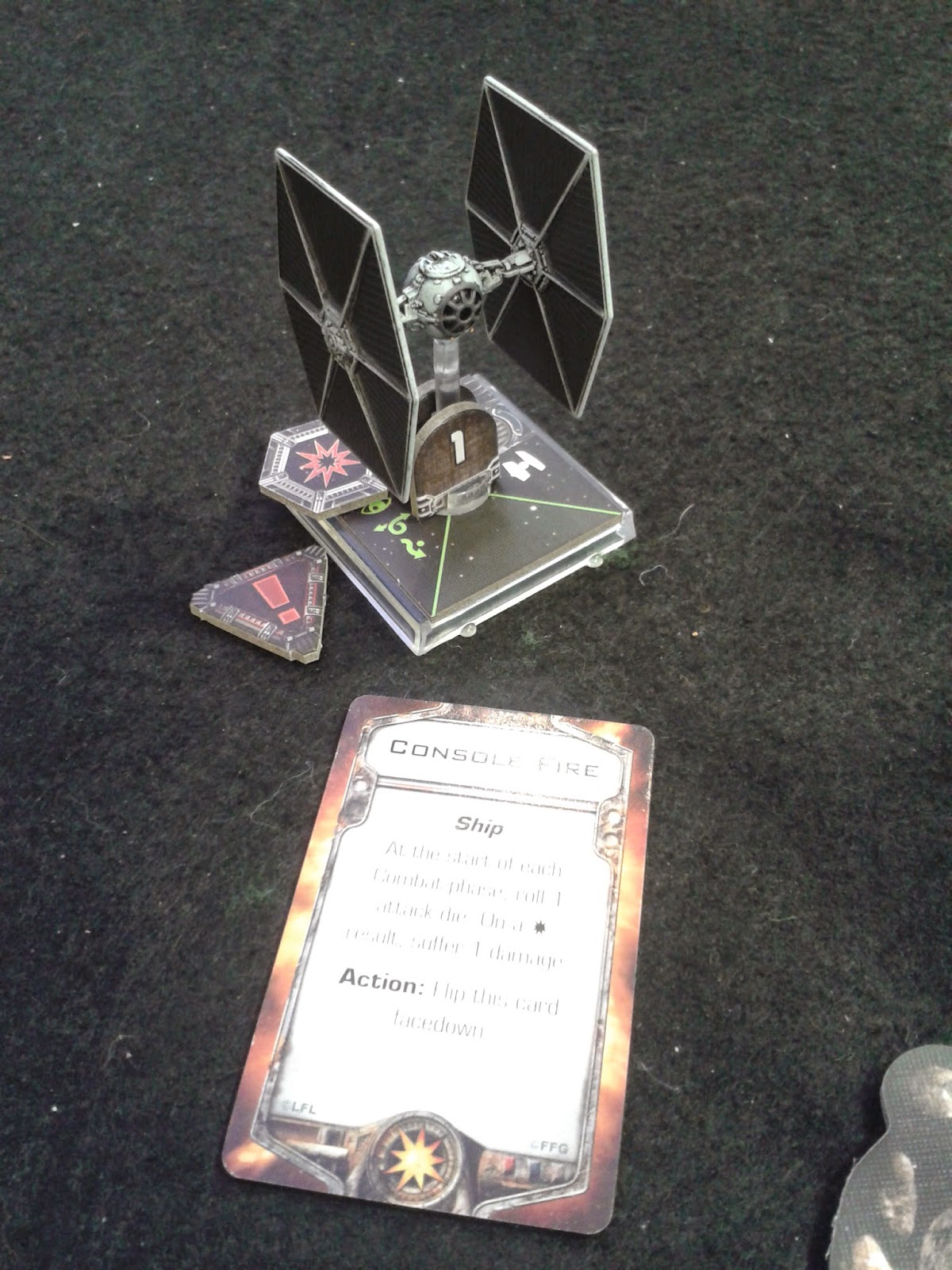 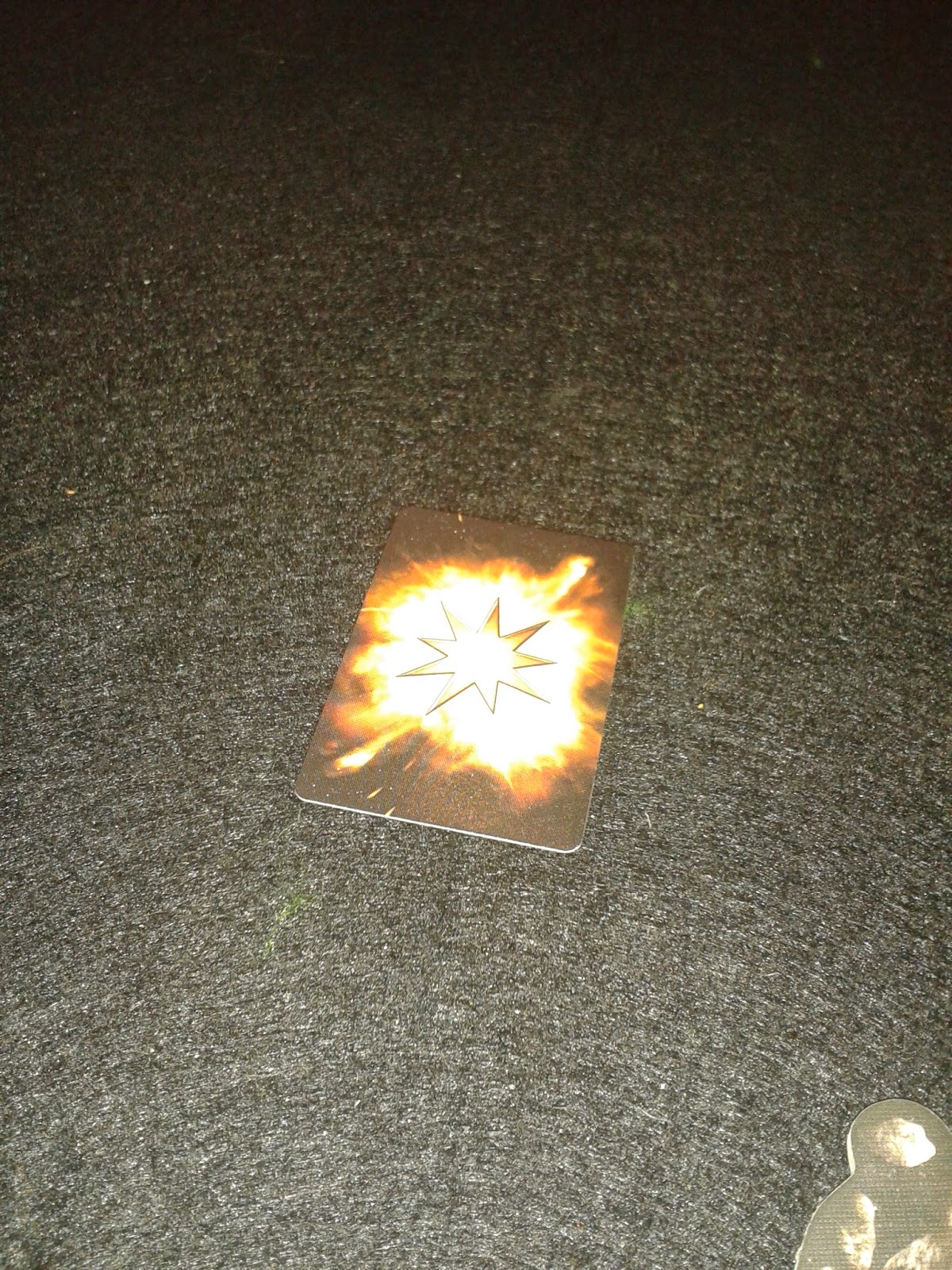 And I've yet to significantly scratch the Rebels.

Ok. At this point I realised that I'd never take down Darryl's fat Han, so...roll out a Target Lock, Experimental Interface and Expose onto that Zed lurking in the back. 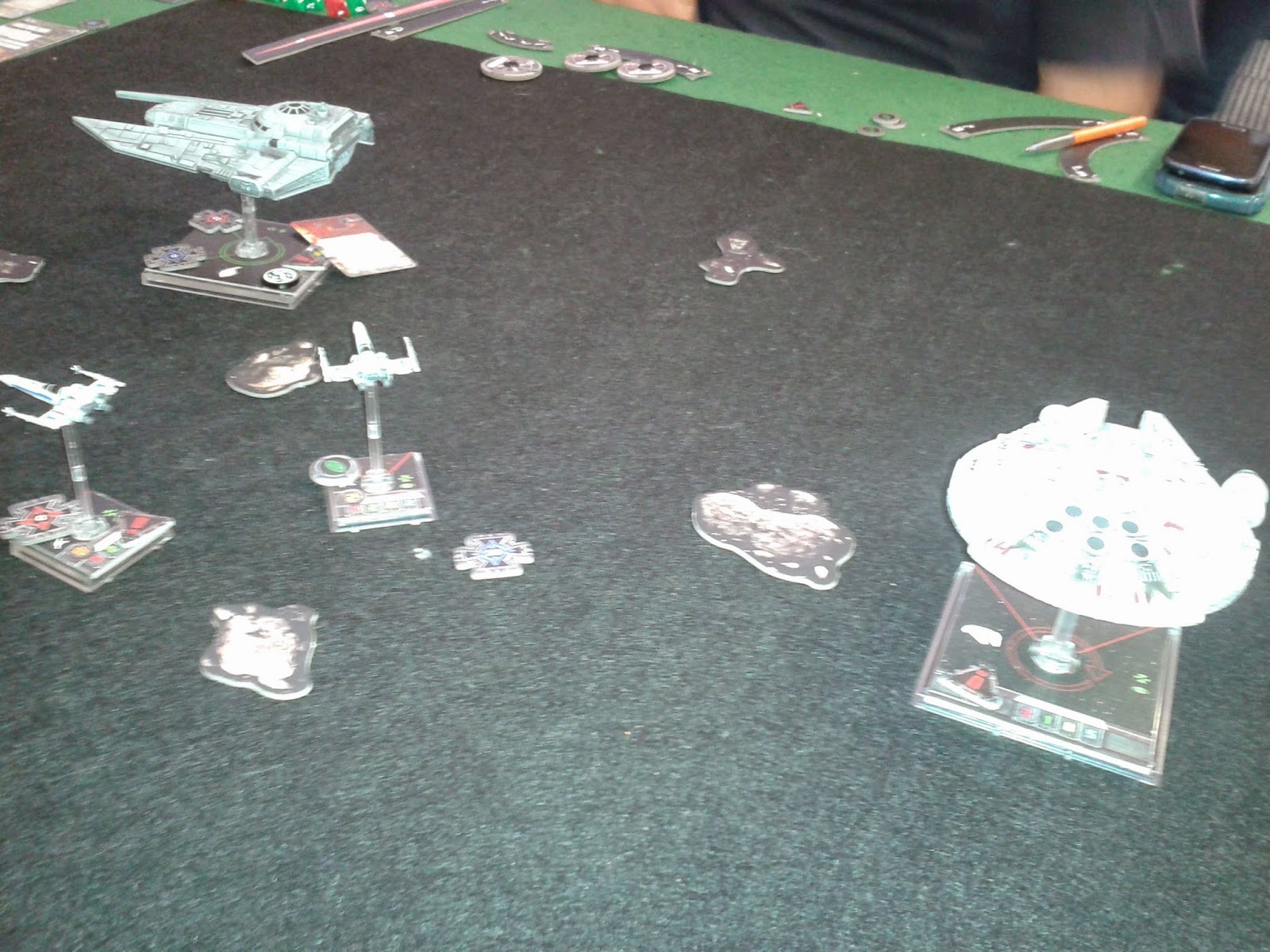 Next turn, after taking chunks of that Headhunter... 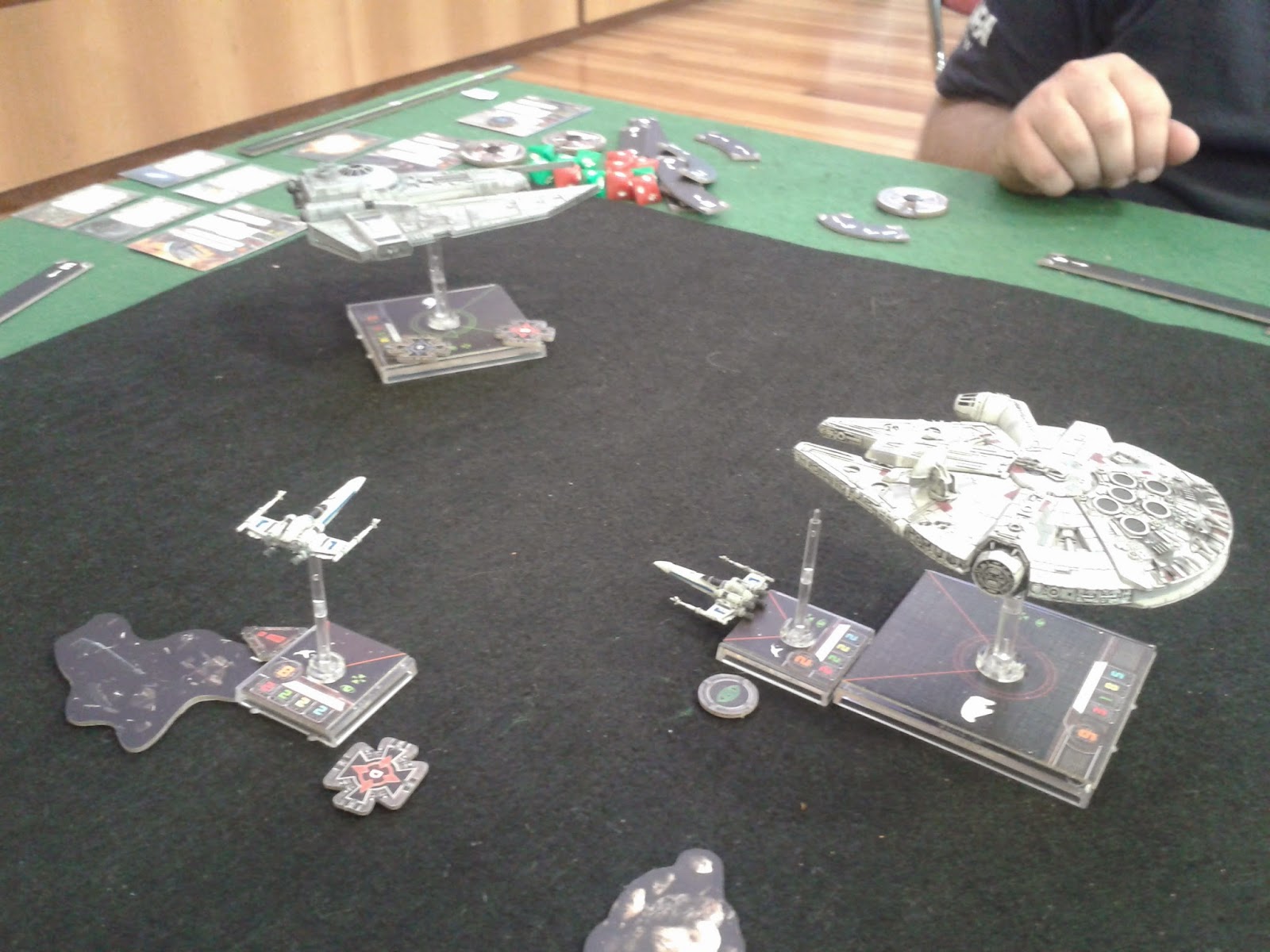 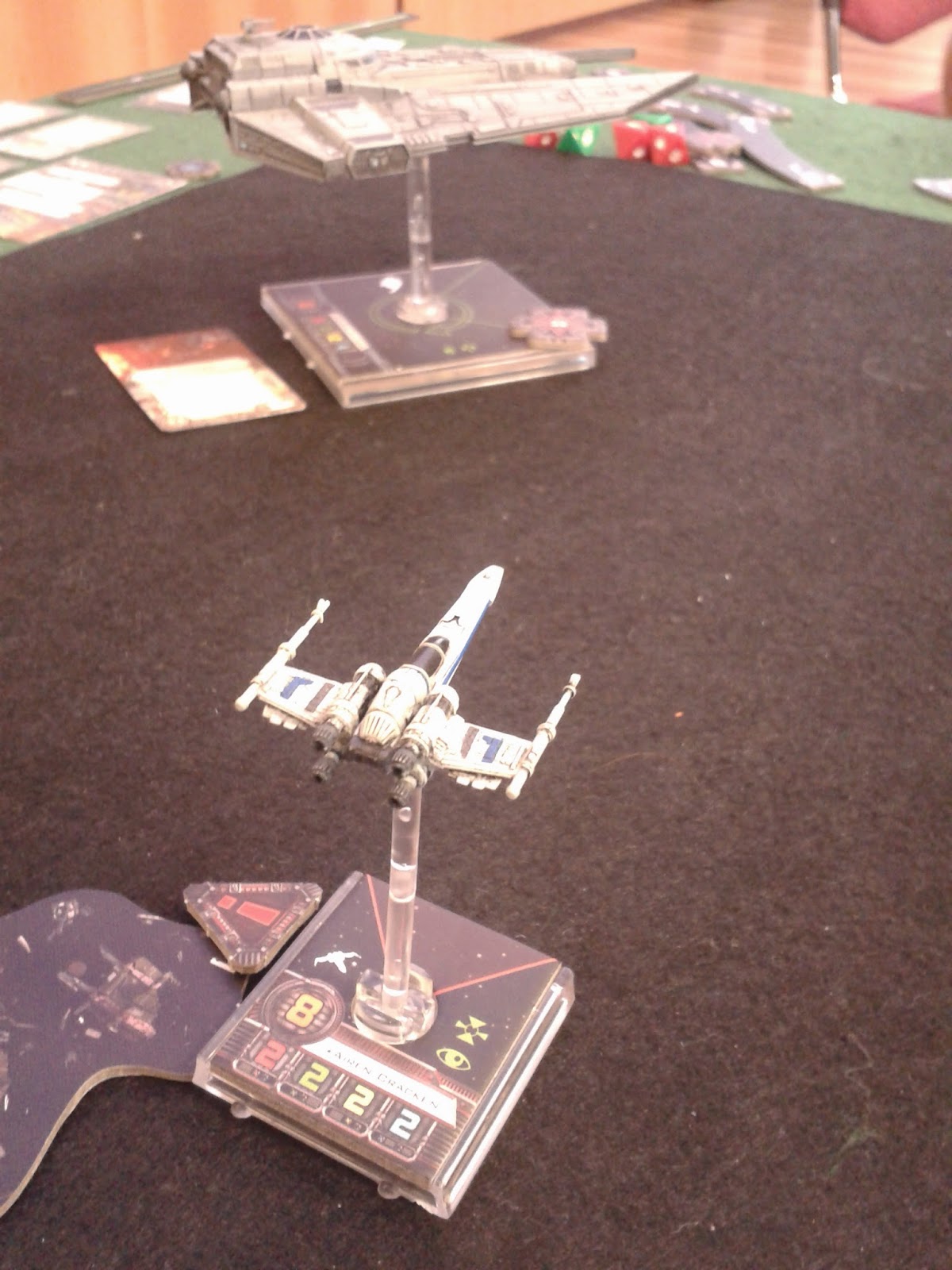 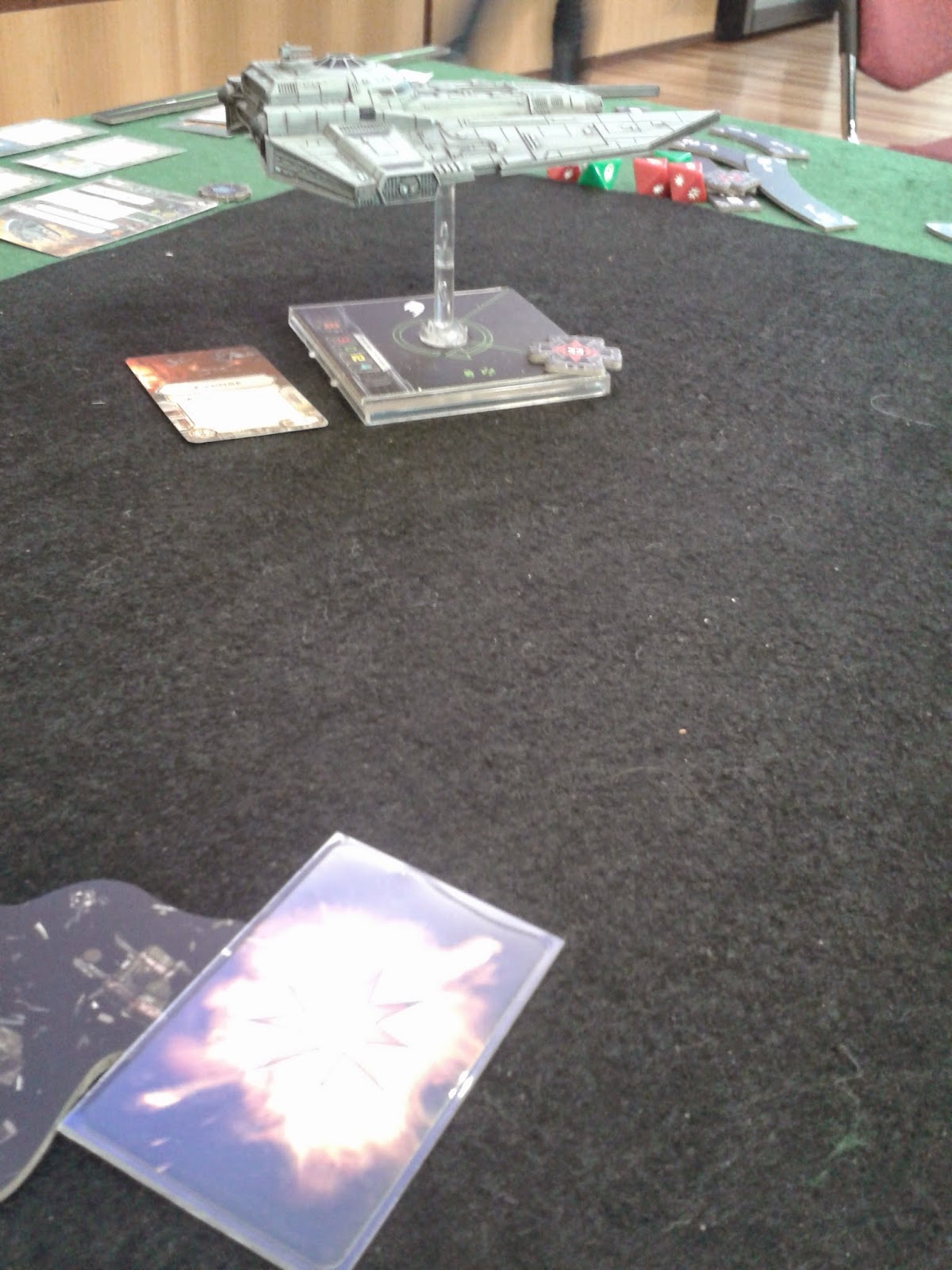 Boom! Courtesy of Expose. Great card on a Devastator, I tell ya. 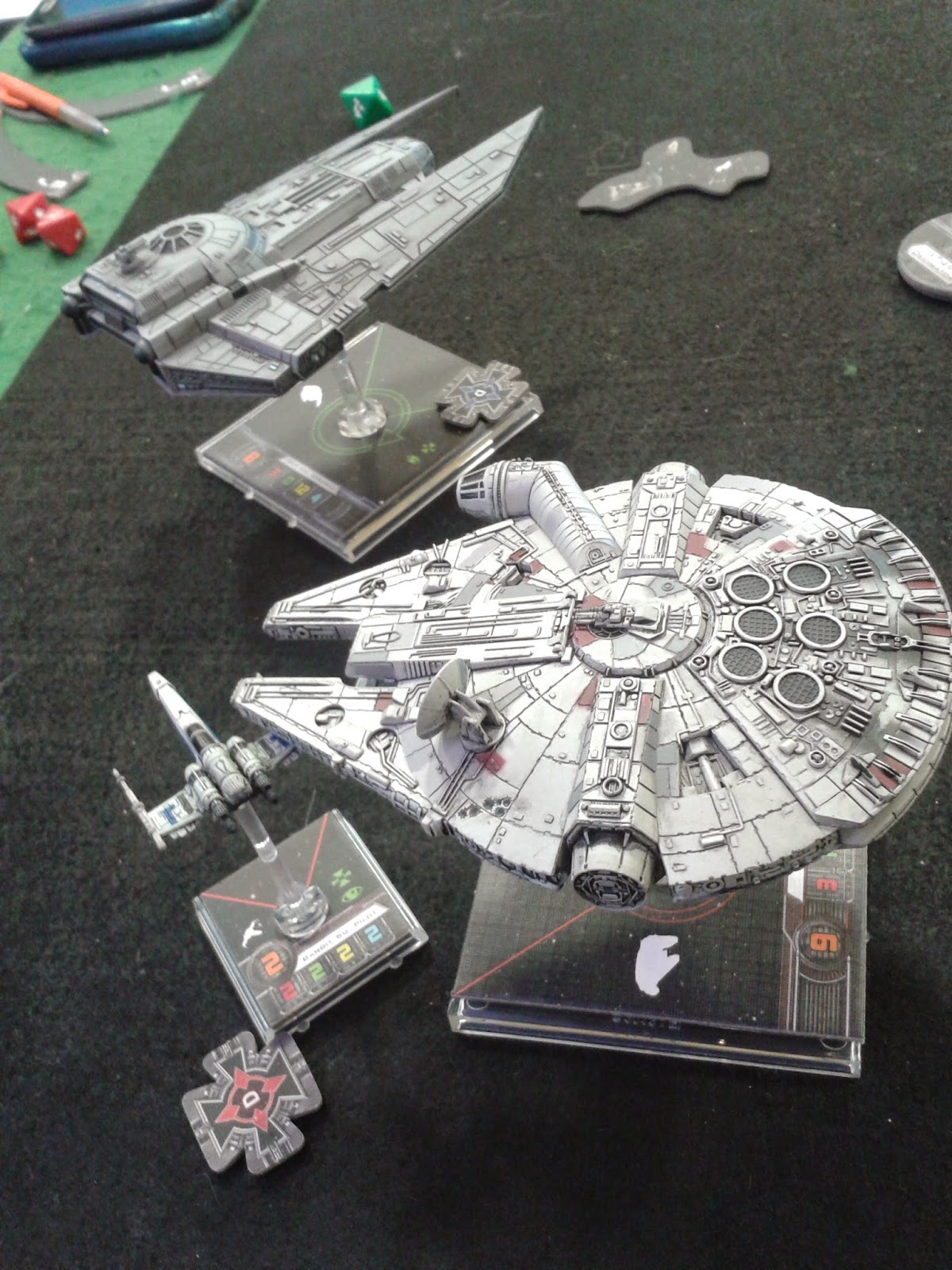 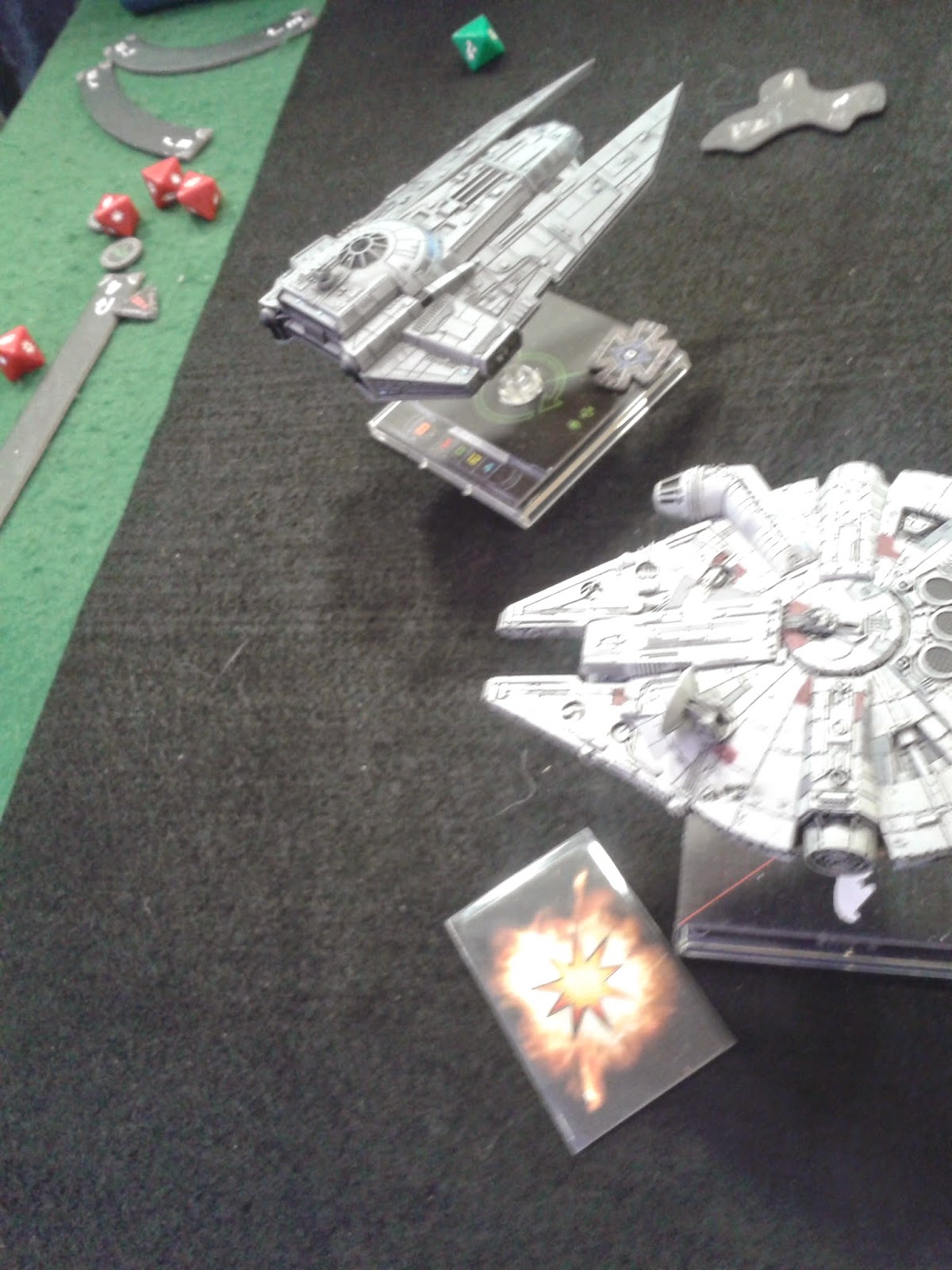