Wedge, to be precise.

On Tuesday afternoon Tim invited me around to his place for a couple of games of X Wing.

Having enjoyed flying Wedge in my last wee tournie, I thought to pair him up with Keyan Farlander sporting an HLC and PTL (to keep him stressed), as well as a Prototype A Wing with Chadron refit and Auto Thrusters.

For the first game Tim rocked out Boba Fett (with VI), and Bossk in his Hound's Tooth. Both were flying Tacticians; Bosk was also sporting a Mangler Cannon and a K4 Security Droid. Mucho action economy therein.

So...I decided to fly up the middle, concentrate on Bosk and have Bobba fly through the rocks. Cool rocks that Tim won a while back. 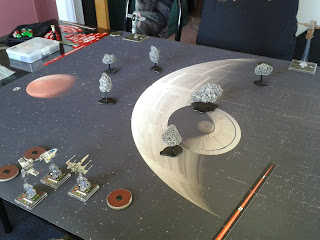 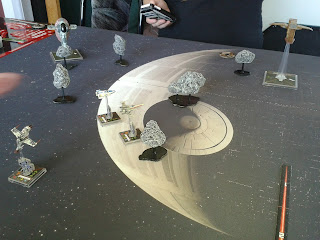 With both the A and the X sporting boosts, the B gets left behind...

First shots into Bosc - who had zero evades courtesy of Wedge - four shields, just like that. 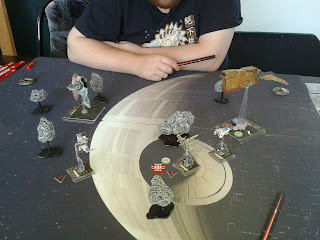 Second round of shooting... 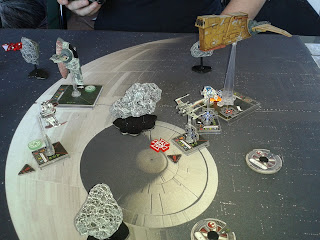 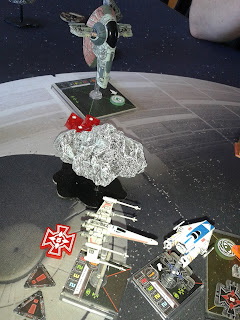 ...what, with Wedge double stressed 'n all, thanks to Bobba's Tactician... 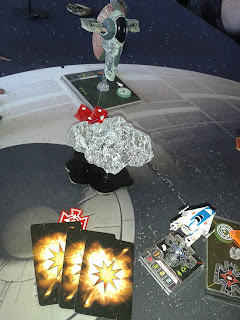 A bazillion points spent for naught but one attack.

Which just left the first two letters of the alphabet FTW... 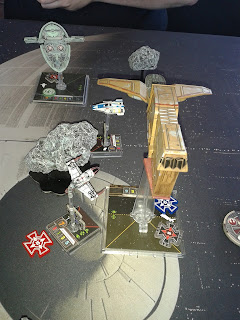 ...the A skillfully zips around the 'roid... 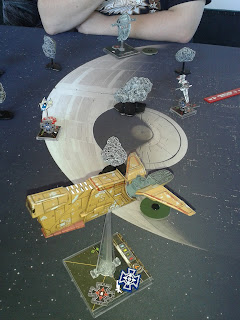 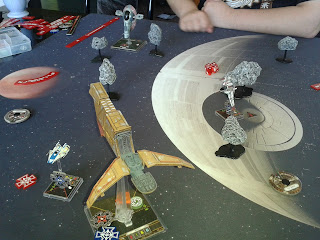 ...and then miscalculates, boosting beyond his own firing arc. 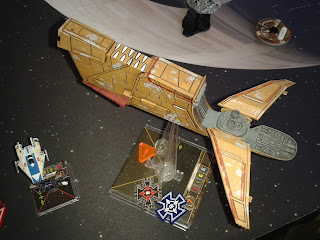 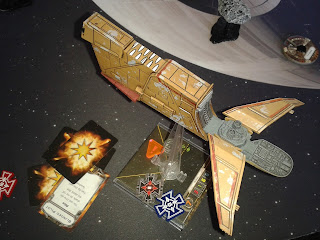 The B for the win then! 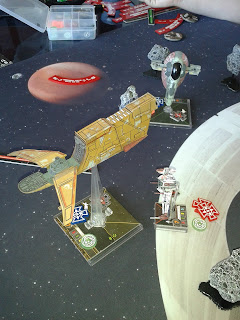 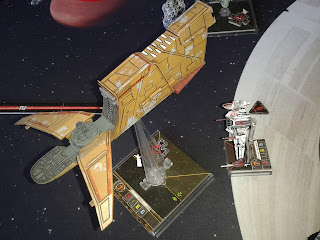 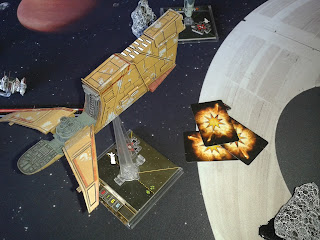 But had he survived... 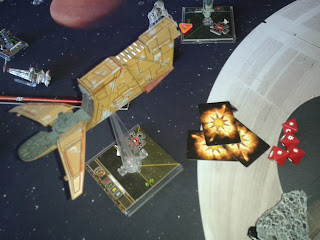 ...Bossk would have been toast!

Gotta get me one of those YV-666s. Maybe for my birthday - the end-of-year-and-Christmas budget went on a couple of Epic ships instead. 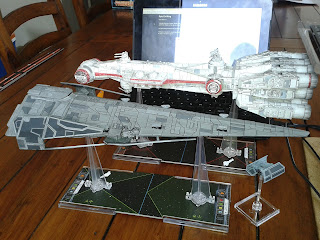 Thanks for the game Tim, your toys look magnificent!