Well, what, with the first game ending quite quickly, Stan had time for another go. He even decided to stick with the YV. 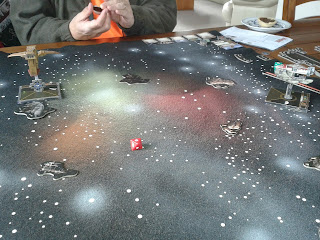 This time I set up on the right, seeing as how the Jumpmaster finds it easier to turn left. 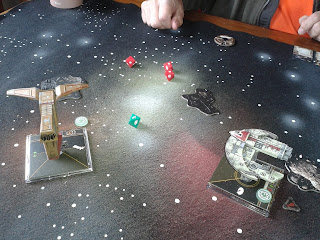 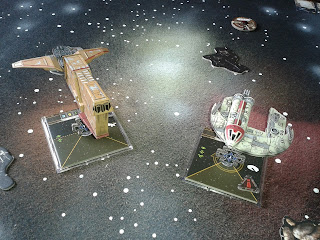 ...Stan throws on the brakes! I fly right in front of him! 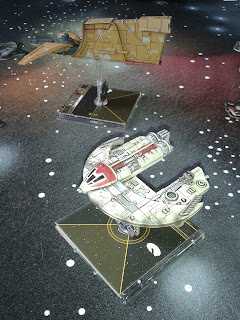 After Bosk took chunks out of Dengar... 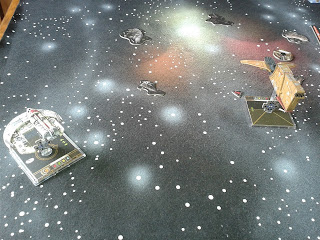 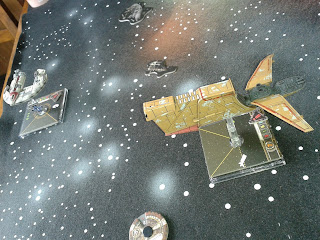 And then, for no other reason than...I thought I might be able to shoot at him twice if I keep him in my primary arc?...I turn around and head back into harm's way! 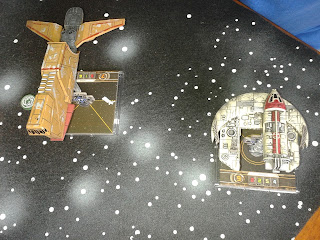 In spite of barrel rolling outside his primary arc... 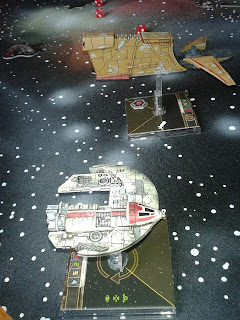 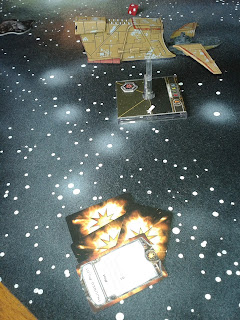 ...Bosk guns me down with his port secondary!

Man these 50 point games are fun!