...this had better work.

Yesterday afternoon, having had my arse handed to me on a plate by my son the previous afternoon, and then thrice by Luke at Wizards the previous evening (great list Luke, it's a killer!), young Mark (D) came over to help me try out my list for this Saturday's Wizard's Retreat store champs. I'm thinking of taking three Imperial aces... 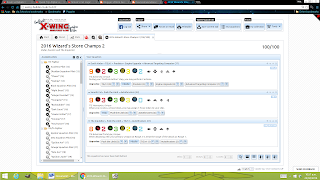 Since I already had the cards and bits and bods out from the previous afternoon, Mark took Matthew's list. 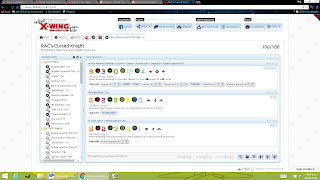 Lesson learnt from Thursday afternoon? Don't try to dogfight a Expose'd Chiraneau! So...I determined to treat that Decimator with a considerable amount of respect. And distance. 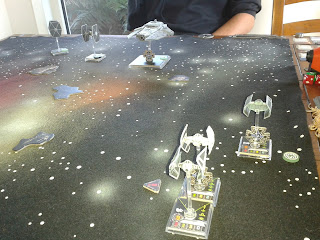 First move, and I boost and barrel roll the Inquisitor into the path of Soontir! 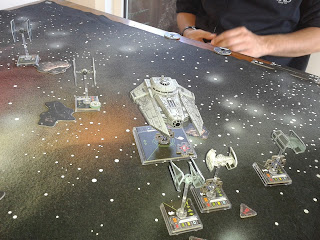 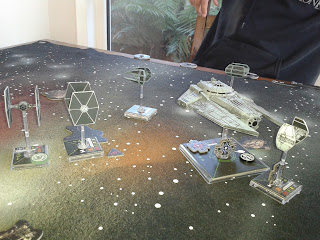 Vader and Soontir manage to disengage, but not before Mark finds his path off the rock blocked. However I miscalculated the Inquisitor's move, and wasn't able to get out of the way. 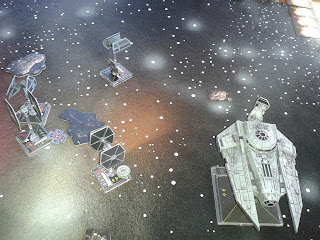 Twice! (Mark had given me the initiative, so I moved (or didn't) first.) 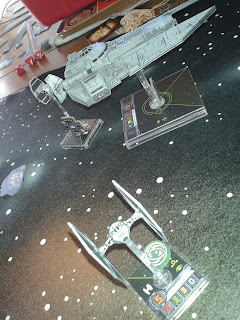 What, with five dice from the Rear Admiral... 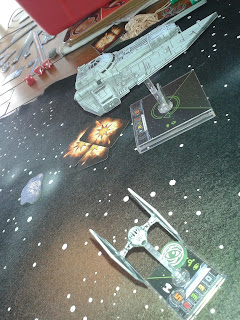 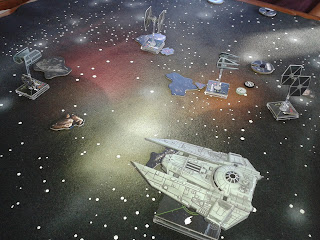 Again Mark misjudged his manoeuvres, flying Dark Curse onto a 'roide (he hasn't played for ages), and what, with the rock, and Soontir's range 1 attack, both Ties were down to one hull. 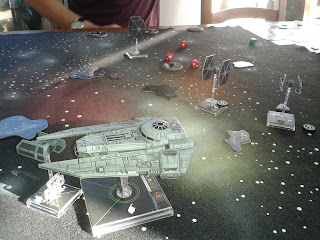 Alas, so was Soontir. Bother it.

(Still, I think the Push the Limit card on the Inquisitor is still better value than a Stealth Device on Fel.)

And so it became a game of chase-the-bus-at-a-healthy-distance-while-keeping-all-my-tokens-inflicting-a-death-of-a-thousand-cuts. And chips. Mmmm, chicken chips... 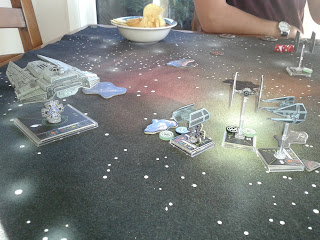 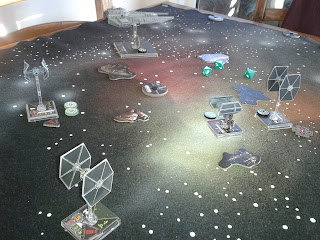 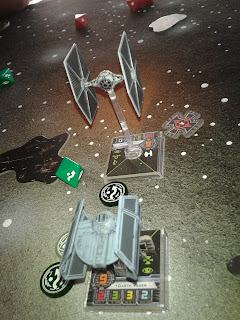 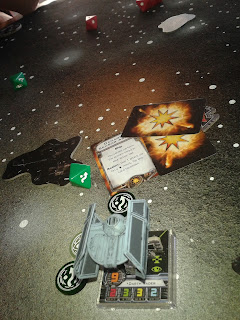 Whilst taking out Ties where I can. 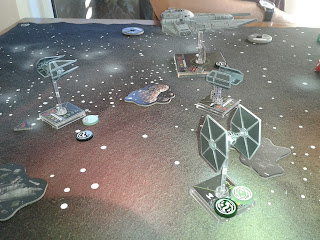 I finally get the Decimator in arc of both my fighters... 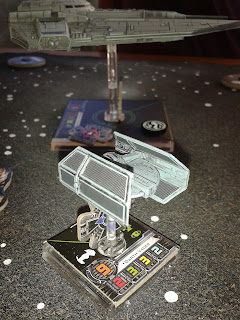 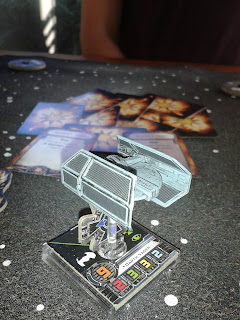 ...but only need one of them to finish it off.

And that's where we called it. It had already been way over time for a tournament game (being a casual game 'n all), so...Mark probably would have won that when time would have been called, seeing as he'd nuked my Tie-X1, and I'd only half done in his Deci.

Thanks for the game Mark, it was great fun.

Still not sure if this is a viable option for tomorrow though.