Just to prove that I do do something other than X Wing (says he having come back from another top-of-the-bottom-third showing at the 2016 Wizard's Retreat store champs...sigh...) - four more elements of Romans! 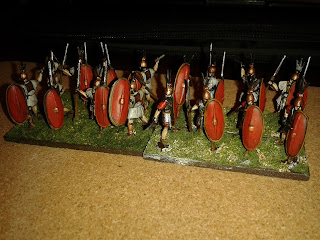 They were supposed to be Marians... 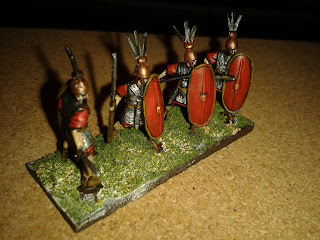 ...but, well, I pulled these Hastati out of the box by mistake! 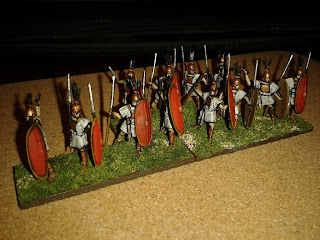 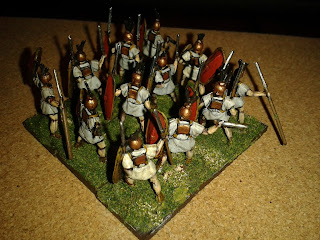 On the bright side, looks like I had already started on some Triarii a while back, so... 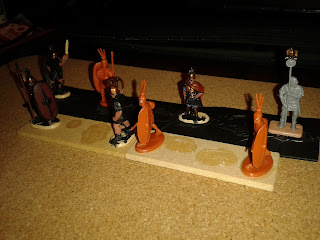 ...they shouldn't take too long. 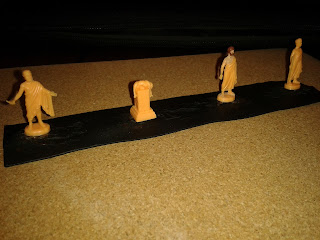 ...I'll see what I can do with this camp element.

Then...three more Principes/Marian blade elements to finish (plus a Gaelic cav, IIRC...) plus two Velites elements and that'll finish both my double Marian DBA army and my Polybian Roman. The double Parthian is close to just under half way finished, and the Later Carts? Ahh...one, two...about three elements are done...so, they'll take a wee while yet.