And back we go to Warclouds Over Woolston.

Same army as before vs. Late Imperial Romans.
We set up, and I already knew I was taking a risk refusing my left like that with an enemy mounted element across the way. Still, he'd take ages to get round that lake, right? The plan was to swing forward with my more mobile elements to roll up his flank. Well, that was the plan... 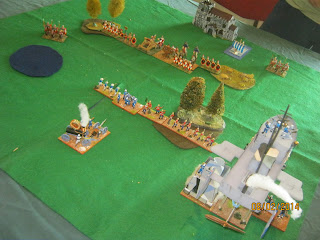 In retrospect, I would have been better served with the Behemoth (Steam Tank) on my left... 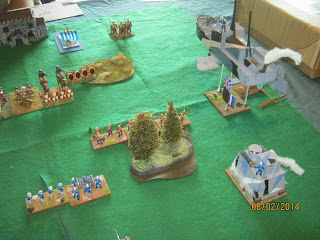 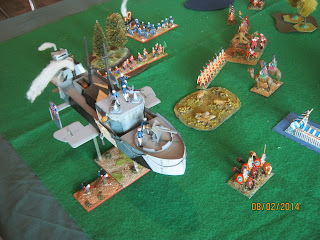 Drats, and there went my overlapping advantage against that Rider element. 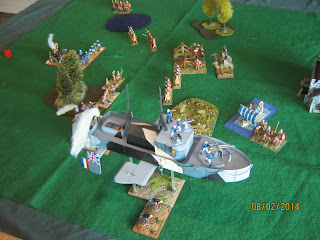 And so two of my most visually dramatic elements were thus effectively out of action for the remainder of the game.

On my left, well, things were looking dicey. Ha! Get it? Dicey! 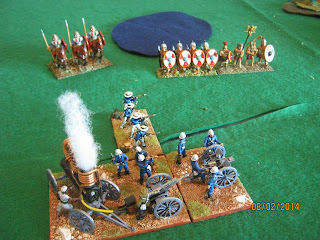 I tried to do something decisive in the centre with my tank, but, well...

...that wasn't really where I was feeling the pressure! 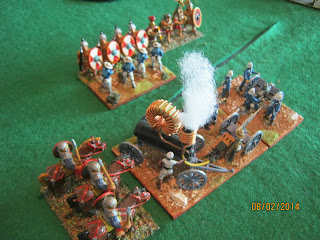 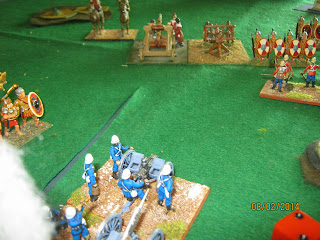 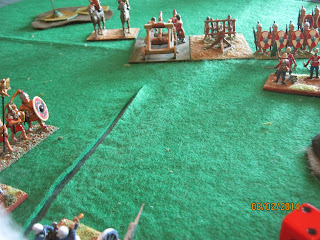 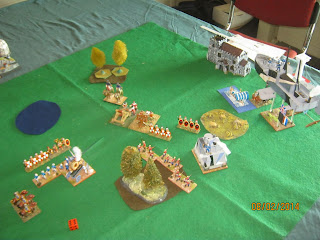 And again...though I can't exactly remember how I managed to get him into this situation below... 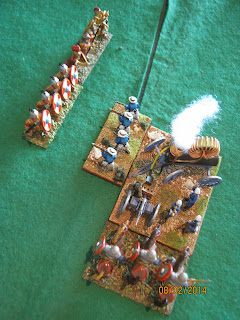 Still, I managed to push that nasty Rider element back. 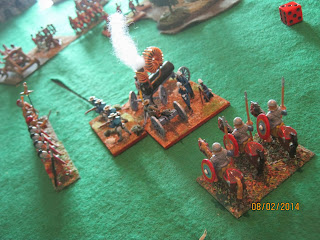 And then...?? I have recollections that my General got ran over, but for some reason haven't got recorded evidence thereof. Does that mean that it didn't happen?!

No. No it does not. I went down. Done like a dinner.