Seeing as I'm on holiday, and seeing as I was dying to fly my new birthday presents that I bought for myself, with money from the wife, and hid from myself, only to be opened when I got home from work last Friday... 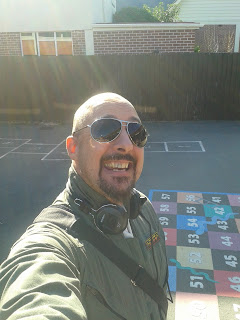 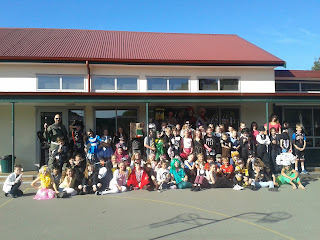 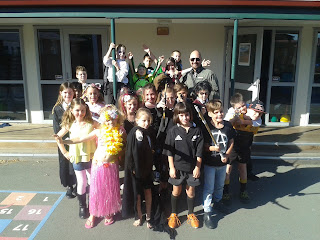 ...which, being the last day of the Term, the school council had declared to be a dress up day (our team had to dress up as something starting with either D or H, so naturally I dressed as a human fringe dwelling freighter pilot at the edge of the Empire. 100 points for who the All Black was...), Young Stan came round for a cup of tea and a game of X Wing. 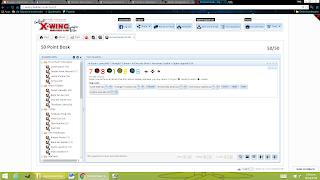 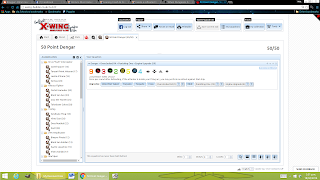 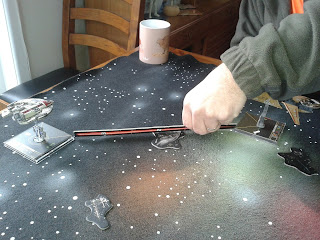 With both of us sporting engine upgrades, the shooting started in round one. 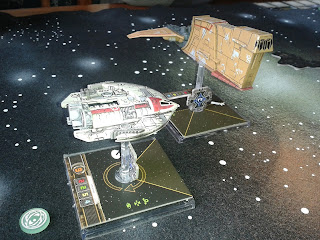 We both swung in hard right... 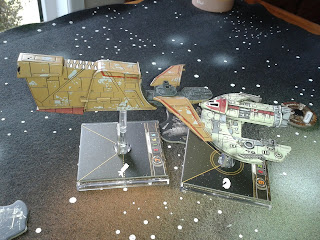 ...and Dengar swooped - s looped - in behind Bosk. 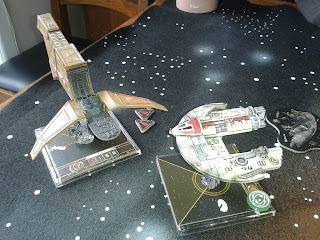 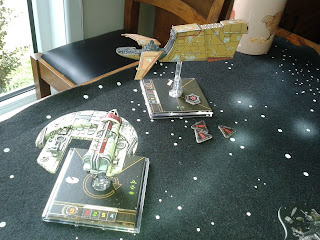 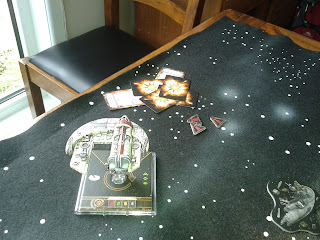 And that was pretty much the end of that!

The beauty of 50 point games is that we had time to set up and go again...

These are such cool looking ships!