Last night I went around to Robin's place for a pretty rare event - a wargame!

We were playing Hordes of the Things, and I decided to take my Skellies, as I had just (like, an hour beforehand!) finished basing my recently completed Hordes, God and Stronghold.

For the first game, I squared up against Adrian's 25mm Ral Patha Goblins, which consisted of...


...with my Caesar 20mm [plastic] Skellies, which were comprised thusly...

Adrian set out the terrain, I rolled for my base edge, and got the one that I wasn't wanting, and away we went! 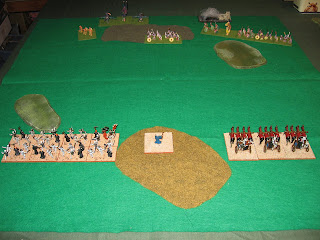 Soon after we began, I realized that my expendables/Hordes, like, the bulk of my army, what I have designed to be one of the army's strengths - to absorb the bulk of the hits from the enemy army while my hard hitters picked and chose their match ups - were facing, well practically nothing (Flyers can be there one moment, gone the next), while my relatively few close combat hard hitters were facing the bulk of Adrian's force.

Opps! And I had deployed after he did!

Ok, thought I, he'll stay on the hill (hey, who would turn down an easy +1 advantage in close combat? Turns out, Adrian, who didn't realize he had a +1 close combat advantage by staying on the hill!), so I've got time to redepoly...haven't I? 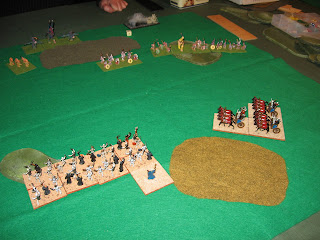 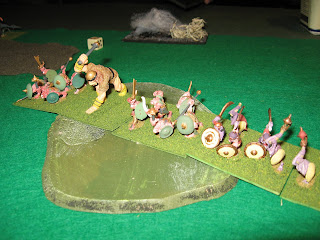 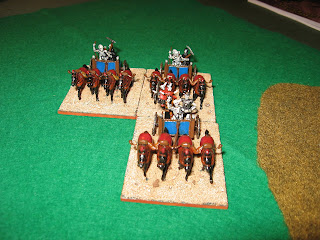 Rats! Adrian started moving forward both his Flyers and his troops on the hill.

I vainly tried to move forward some of the Hordes to try to head off his incoming Winged Beasties of Nastiness, but my real hope arrived in my next bound - the God arrived in the flank of his infantry. "Cool," thought I. 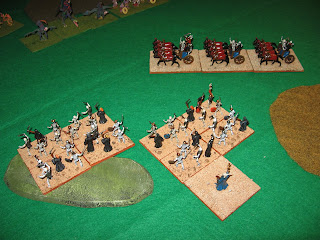 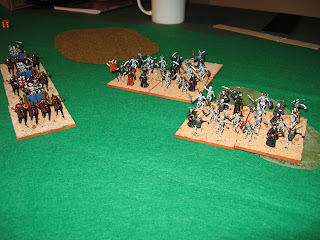 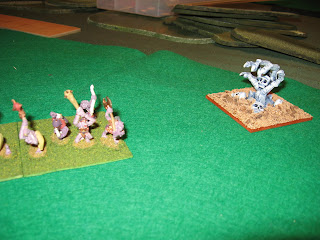 However, my jubilation was short lived...I rolled insufficient PIPs to actually command the God in my next bound (the General being too far away - apparently, this God is hard of hearing...), and then I rolled a "1" in the following bound...and he ran away! Arghhh! 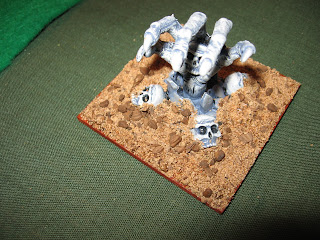 In the meantime Adrian's flying column had headed off my chariots and, well...beheaded it! 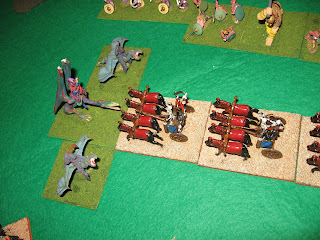 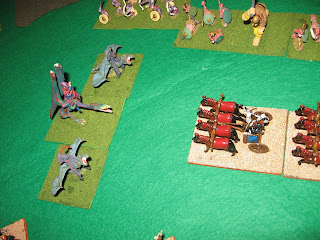 Then his foot/Behemoth caught the Knights and made short work of them. 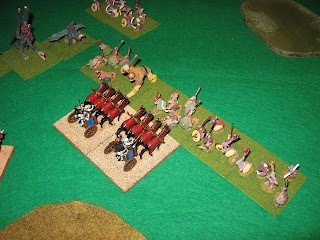 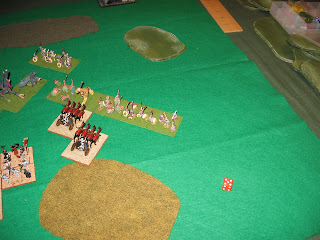 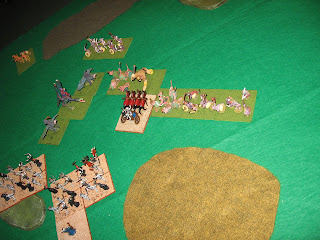 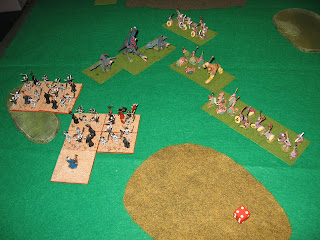 (All while the General sat hiding in the back!)
And that was it. Well done Adrian, that's some very clever tactics there.

We had time, so we set up again for a rematch...with some subtle changes...