Yet to be Kiwi Firefly...

Kiwi Shermans and Fireflies in Italy, 1944. From the 4th NZ Armoured Brigade page on the Kiwis in Armor site. 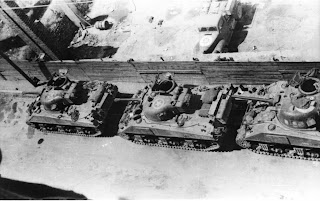 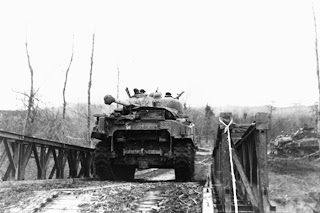 As part of my Crossfire Kiwi company bound for Italy, I decided to add a small armor detachment. I already have a couple of the HaT/Armorfast Shermans to work with my Americans (and their Armorfast M10), so why not? I'll use them.

And just as the Americans had the M10 for tank killing, the Kiwis will need their own tank killer. As can be seen from these contemporary photos, they used Fireflies for this role. (Interestingly, marked up as Americans - from the air at least.)

I simply built the Armorfast kit with the hatches open and stuffed in a spare Esci British commander as the tank commander. Sure, he doesn't have a tanker's helmet, but, hey, no worries! 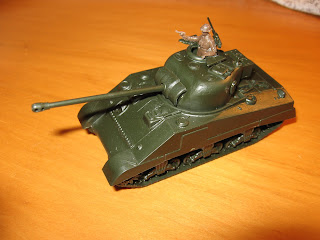 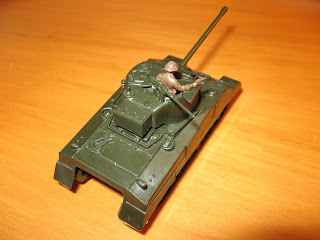 Now painting a tank, that's something I haven't done before...