In between digging out silt (oh my, but there is a lot of it - on the other side of the city, mind...), I've been pottering along with some old Airfix chariots that I've been meaning to re-crew for ages.

A good number of years ago my sister, who was in the UK at the time, got me a 20mm Newline AB chariot. The chariot didn't really fit in with the rest of my [re-wheeled (with Freikorp 15mm artillery wheels)] Airfix chariots, but it came with two different sets of crew, and I thought "I can use those". And finally I have. 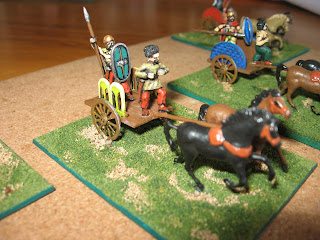 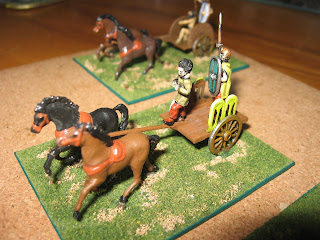 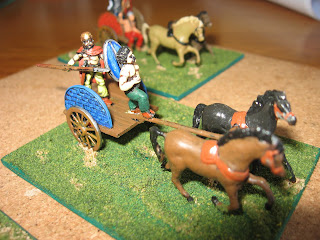 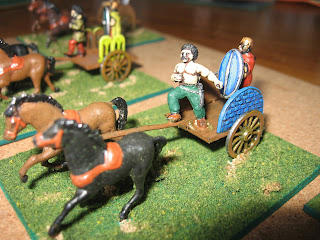 I think they work quite well.

The other two are much like one I did earlier. Re-crewed with Italeri Gallic command figures, with an Esci driver (and a comparatively boring Airfix one). 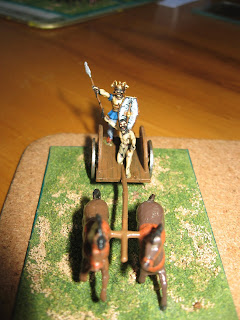 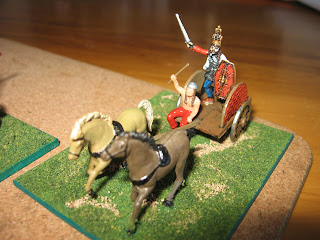 Trouble is, now I've got more chariots than I know what to do with!