Here are the last efforts of my holiday before I go back to school. Some old Nexus 6mm Mechs, back from when I used to sell 'em - though for some reason, didn't list them!

(It's a bit of an orphan site now. I marked it up as part of an ICT paper I did a while back, and then passed on the "business" (for the lack of a better term!) to Stan when I started teacher training. (He's doing much better at it than I - I never had the capital to get in the stock) Before I passed it on, I updated it to Stan's [old] email address and then switched ISPs. Now Stan's using another email address, and I can't get back into the site to change it!) 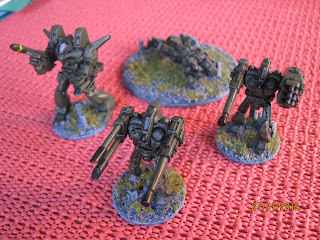 (Sorry about the cloth, I don't have the time to set up anything better - heck, I shouldn't even be doing this, I've got a heap of planning to do for next week!)

All of mine are Epic Armageddon Scout Titan proxies, with one being slightly heavier than the others. And one considerably more dead than the others! 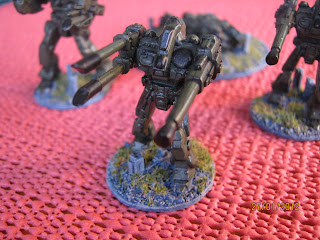 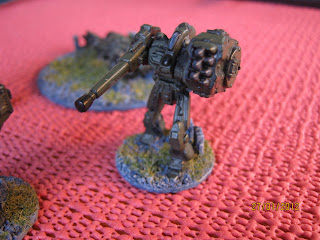 And for the 'heavy'. I'll make some additions to it's armour/shield stats to reflect it's slightly gruntier look. 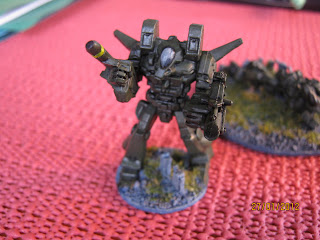 And here is the other one (two of each in a box, plus a 'chicken walker' which I'll use as a light medium titan - sort of a small Epic Reaver). Dead. I actually used it's arms to, well, "arm" an Ork Gargant, so it's body I thought might make a good objective marker. Or an interesting piece of terrain. 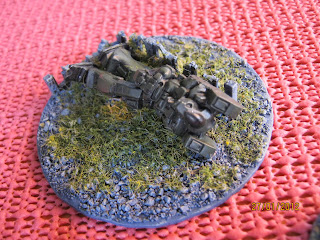 Here are what the look like against the other 6mm kit... 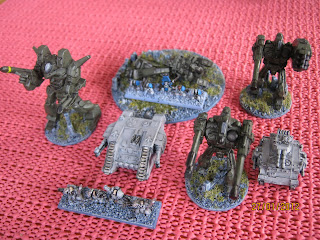 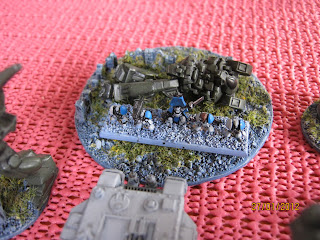 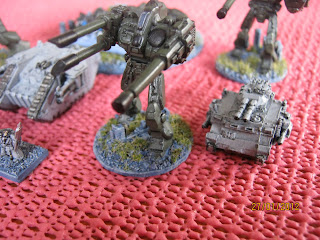 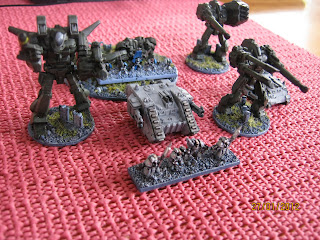 Right, I really must get back to work.